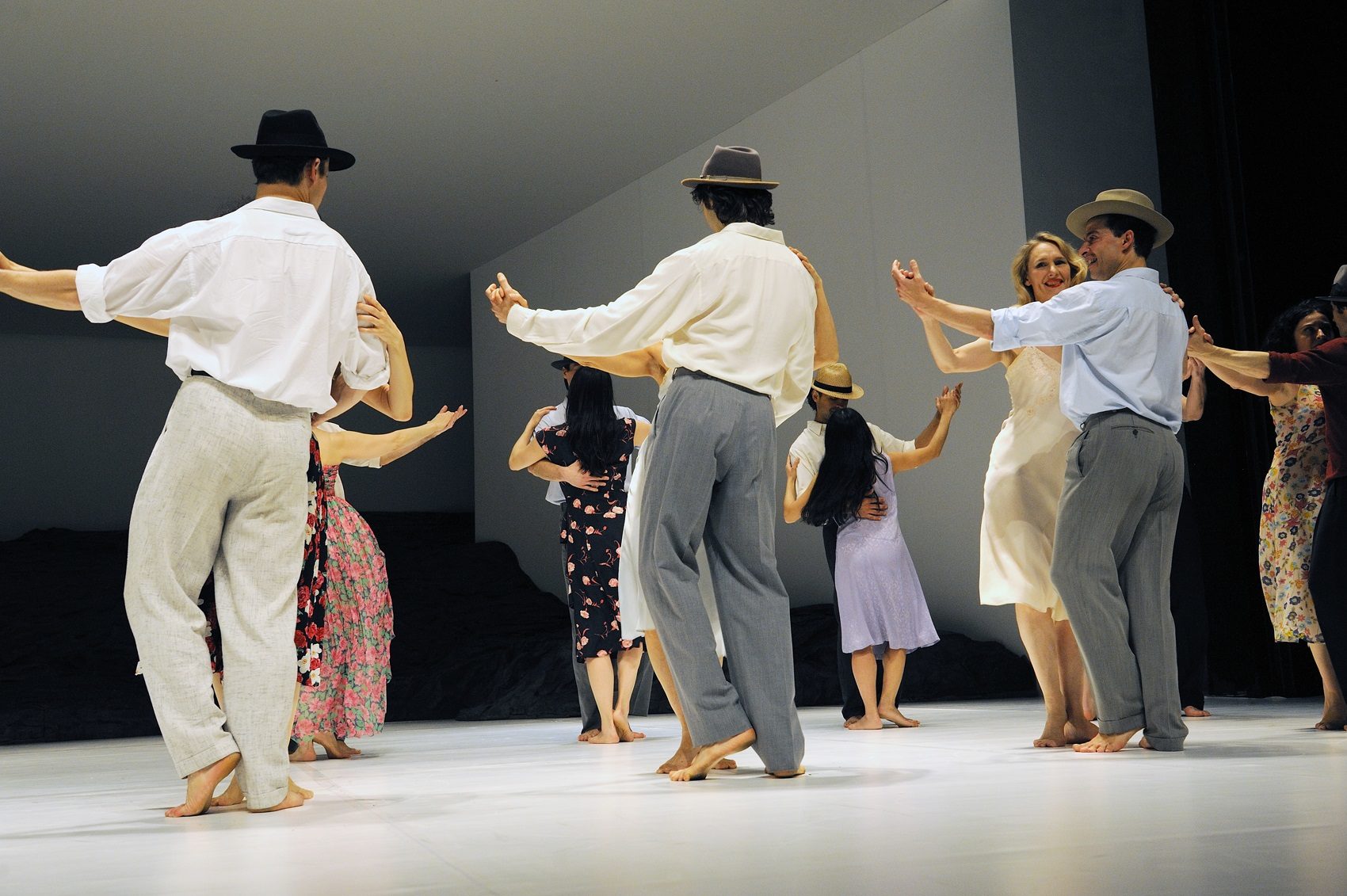 The absurd and delightful Masurca Fogo, an international co-production with EXPO 98 Lissabon and Goethe-Institut Lissabon, takes on the subject of desire and the desperate, achingly human need for love, treated to Bausch’s tongue-firmly-in-cheek wit. Dancers fling themselves down water slides, breathe into microphones, feed watermelon to a live chicken and cram into a crowded beach hut for a party, always with “Bausch’s sharp mudlarker’s eye for social ritual” (The Guardian).
Set to a soundtrack that features a gloriously eclectic mix of k.d. lang, the Balanescu Quartet’s reinvention of German electronic band Kraftwerk, and traditional African and Portuguese music, the production is an upbeat piece of dance theatre with all of Bausch’s trademark ingenuity on display.
Renowned as the inventor of tanztheater, and widely regarded as one of the most significant influences in contemporary dance, Pina Bausch has inspired generations of audiences and artists all over the world, nurturing an ensemble of vivid imagination and grand scale. Since her death in 2009, the company has continued to tour with her choreographic works around the world. Adolphe Binder will be Intendant and Artistic Director of Tanztheater Wuppertal Pina Bausch from May 2017.