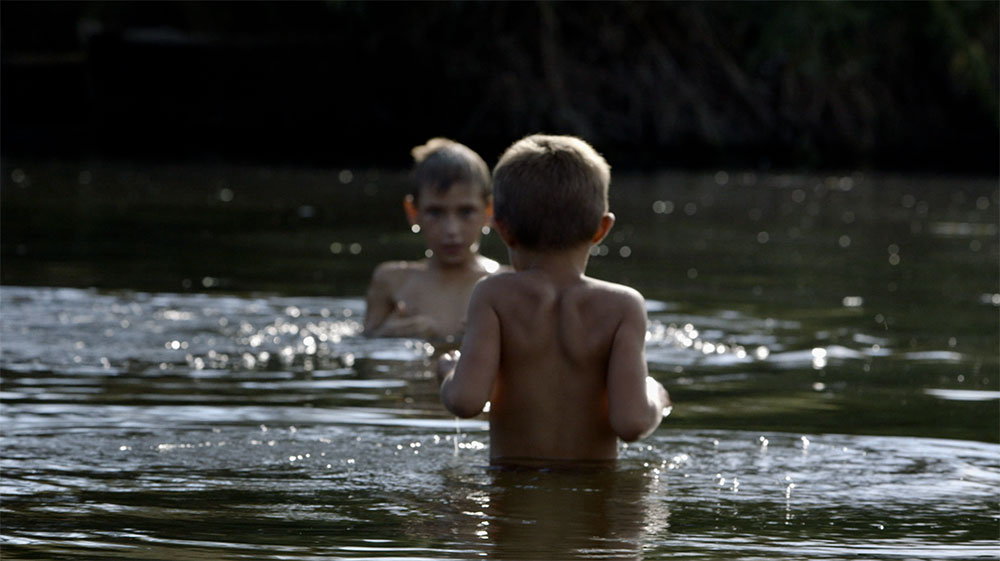 Documentaries from Ukraine: Life Amidst Conflict

Ukraine’s right to national self-determination is being violently desecrated by Russian colonialism. Putin’s invasion threatens not only the immediate safety of the Ukrainian people, but also their very culture and identity. For those of us with the time and means, learning about local cultures is a way to resist the cultural erosion that Ukraine faces as Russia attempts to expand its borders.

In Britain, this war has been swathed in media coverage quite unprecedented in recent history; notably, neither the conflicts of Afghanistan, nor Yemen, topped the Guardian’s headlines for nearly as long. Amidst this frenzy and endless political commentary, documentaries from pioneering film-makers have provided me with much-needed solace, redirecting my gaze to the actual lived experiences of people disrupted by seemingly endless conflict. The documentary form is unique in its capacity to transport the viewer to faraway places without recourse to fiction. They are easily transmittable and for this reason, politically powerful: documentaries of life in Ukraine comprise a precious archive of the very cultures that are today being jeopardized by war. For me, watching these films has helped me to picture that it is the very fabric of people’s lives that is imperiled: their homes, their environments, their very ways of being.

I spoke over Zoom with the Ukrainian film-critic Daria Badior, who helped me better understand the context and history of documentary-making in Ukraine. Daria explained that Ukrainian documentaries have accrued international recognition only during the last ten years or so. Avant-garde film-makers, said Daria, turned to the documentary in order to eschew the social conservatism of traditional Ukrainian theatre and professional actors. Of course, when conflict broke out in Eastern Ukraine in February 2014, film-makers from around Europe also travelled to Crimea and the Donbass in order to capture on screen the lives of people stuck within these war-zones.

One of the most poignant reflections that Daria shared with me was her confusion at how to continue living life now that war has overtaken the whole country. The way she put it was this: ‘Is it right to enjoy a slice of cake now in Ukraine?’ This question lies at the heart of many of the films I watched. Each of them, in their own way, evokes how strange it is that life continues despite war, and yet how quickly uncertainty and loss become familiar, even expected. They testify to the resilience of the local people as they continue even the most mundane of activities, like shining shoes or going for a walk as their communities are being destroyed. Remarkably, people even go on staging cultural events: Mariupolis (2017), for example, features a theatrical performance and a wedding. Each of these moments takes on a new political significance against the background of conflict. Such films beget the question: Is eating that slice of cake when your country is at war an act of political rebellion, personal stubbornness or a psychological necessity? Every one of these documentaries offers a nuanced answer.

I was startled (and quite concerned) to find that neither of my favourite films were directed by Ukrainian film-makers: The Distant Barking of Dogs (2016) was created by a Danish production team led by Simon Lereng Wilmont, whilst Mariupolis (2017) was filmed by the late Lithuanian director Mantas Kvedaravicius. I was worried that this rather undermined my chosen focus on Ukrainian culture. Yet having mused for a while, I realised that it was perhaps becausethese documentaries were created by film-makers so enmeshed in local life, yet irrevocably alien to it, that their films moved me so much.

Both films offer a profound intimacy into the lives of the families they take as subject; the camera is invited inside people’s homes and records personal conversations over the course of a year, if not more. In The Distant Barking of Dogs, there are moments when the handheld camera shudders as the cinematographer runs to catch up with ten-year-old Oleg and his younger cousin Yarik as they run home from pond-dipping, their towels flying in the wind. Yet at other moments, the camera affords the family a certain privacy; we watch at a distance as Oleg and his Babushka walk home alone.

Similarly, Mariupolis captures a moment of joy as a group of girls dance around a beautifully frescoed town hall to traditional folk-song; the scene is beset by movement and laughter. But when the screen shifts, we are repositioned outside the building and beyond the community, in immense stillness. It is beautiful; serene. The only movement detectable is that of the dancers’ shadows as they glide behind the small window separating subject from audience. Away from the immediate laughter comes a distance with which to pause, reflect, and inevitably grieve.

What particularly struck me about either film was the lack of commentary presented by either director or editing team; we are simply shown the way of life of a few local people, their families and communities, without narrative imposition. There are, of course, clips that elicit an awareness of the film-makers’ presence: in The Distant Barking of Dogs, I suspect that the teenage Kostyas shows off for the camera. Moments of gently tragic comedy arise in Mariupolis, like when Ukrainian soldiers conglomerate in their make-shift barracks that still bears its former name – ‘The Library’ – to which the camera cleverly directs our gaze. It would be tempting for a director to forge a narrative from the events that we witness; The Distant Barking of Dogs could be reduced to a story of boyhood lost to war, or Mariupolis turned into a story of one community’s resistance to its destruction. Yet neither film succumbs to this temptation, and I suspect that this symptomises the status of film-maker as guest in these communities, with little claim to foreground his interpretation of events as they unfold. 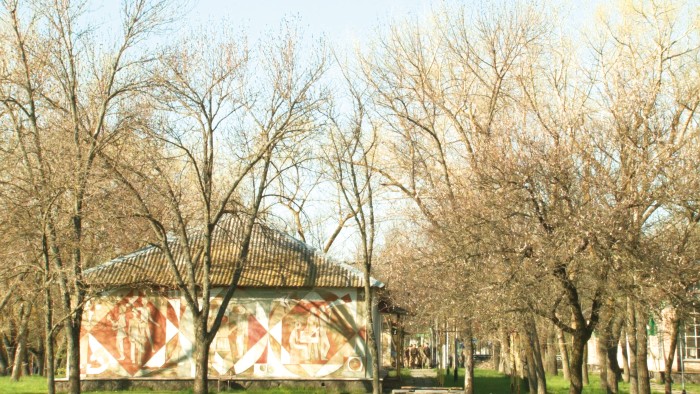 In Mariupolis, tranquility is soon to dissipate as soldiers approach. (Credit: Mantas Kvedaravicius)

These juxtapositions between proximity and distance illustrate the film-makers’ sophisticated handling of their chosen task, one ridden with ethical quandaries. How can we film, or write about, or by any means attempt to share the stories of vulnerable communities not our own? This is something that resonated deeply with me, a journalist who works with displaced people. These film-makers, like me, bear the privilege and responsibility of sharing stories belonging to people we have come to know deeply and, in some way, can never understand.

For the director of Mariupolis, Mantas Kvedaravicius, loyalty to his adopted community led to tragedy. Kvedaravicius was filming a second documentary in Mariupol when he was shot dead by Russian soldiers on the 2nd of April, camera in hand. This year, Cannes showcased the footage from this unfinished work, which has been edited by his fiancée and co-director Hanna Bilbrova and given the title Mariupolis 2. The first time I watched Mariupolis, Kvedaravicius was still alive and Russia was yet to launch a full-scale war. Upon second viewing, with this feature in mind, I felt the notes of elegy roused by the film in new intensities. 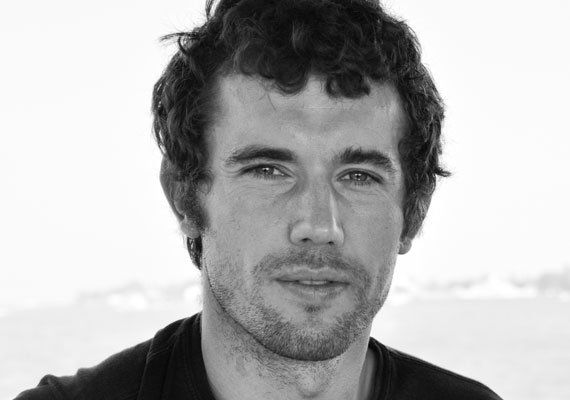 The difference between viewing these films before and after February 2022 is a subject that Daria and I also touched upon. Most of the documentaries I’ve watched were filmed before the short-lived ceasefire of 2016; of course, no one could have then predicted with certainty the immensity of the war that was to follow. The experience of watching these films today is overcast by tragic foreshadowing and a transience that for Daria makes watching too painful to bear. A professional film-critic, Daria has not viewed a Ukrainian documentary since the war began. Yet for me, a privileged newcomer to Ukrainian culture and arts, watching these films has given this war a newly acquired human face. Where are Oleg, Yarik and their beloved Babuskha now? Do the girls from Mariupolis still have the energy to dance?

Oleg looks out to the horizon. (Credit: Simon Lereng Wilmont)

Sadness takes on many shades in these documentaries; grief and loss certainly make strong appearances. But these are not war-films. They are films before war, within war, around war and in spite of war. They are slow in pace, beautiful in abundance, and undeniably human. With lenses both intimate and distant, they provide their audiences with the chance to revel in the immediate glory of local life; and then, when the lens pans out, to appreciate with distance that soon these people, like us, will be far away from the places the camera depicts. Moments of joy and love in the harshest of conditions are what keep subjects and audience alike from despair: when Oleg’s grandmother suffers a nervous breakdown, Oleg manages to stoke the furnace alone and softly places a cup of tea on her bedside table. Yarik strokes her hair. This is the human face of living within a war-zone: helplessness, desolation, and the love for people and place that makes endurance worthwhile.

The Distant Barking of Dogs is freely available on BBC iPlayer: https://www.bbc.co.uk/iplayer/episode/m0015nnw/storyville-the-distant-barking-of-dogs.