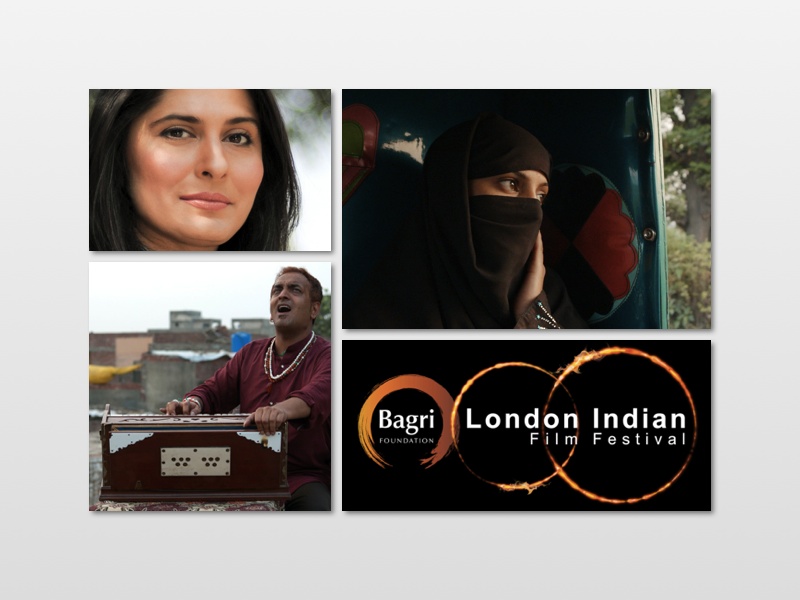 Sharmeen Obaid-Chinoy is a Pakistani journalist, filmmaker and activist. She has won two Academy Awards for the documentaries Saving Face (2012) and A Girl in the River: The Price of Forgiveness (2015), that made her the First Pakistani Director to win two Academy Awards and one of only eleven female directors to win the award for a non-fiction film. In 2012, the Government of Pakistan awarded her with the Hilal-e-Imtiaz, the second highest civilian honour of the country. Time named her in its annual list of the “100 most influential people” in the world for 2012. Based in Karachi, her documentaries capture key social issues and great moments of contemporary Pakistani culture.

A double bill of “A girl in the River: The Price if Forgiveness” and “Song of Lahore” directed by Sharmeen Obaid-Chinoy is being screened at the London Indian Film Festival presented by the Bagri Foundaion on 18 July at Picturehouse Central. ( for more information and tickets visit http://londonindianfilmfestival.co.uk )
As a curtain raiser to the screenings at LIFF Abundant Art presents an interview with Obaid-Chinoy.

I was struck by the thematic similarity between Saving Face (2012) and The girl in the river: the price of forgiveness (2015)- they both focus on oppression and violence against women. Did you feel like this was something you wanted to explore and investigate further after Saving face?

Saving Face and A Girl in the River: The Price of Forgiveness both focus on important issues and they, in their own way, speak volumes about the kinds of choices women have in the world and how our lives are impacted by the decisions taken by others. In your career, you are lucky if you come across someone who shatters all your stereotypes. For me, one such person is Zakia.

I was very inspired by the story of Zakia, a woman who was attacked by her husband when she asked him for a divorce. Zakia took the brave step of pressing charges against her husband and took the risk of moving out of his home with her daughter and son. Aided by her children, Zakia underwent treatment and fought her court case simultaneously. Her resolve when facing such unimaginable circumstances motivated me both as a filmmaker and as a mother. I feel lucky to have met Zakia, and am grateful that I had the opportunity to document the journeys of such inspirational women who face such difficult circumstances with poise and determination.
Finding the right subjects is pivotal to the success of any documentary. Do you start off with looking at socially relevant topics and then filter down to the most impacting ones?
I am always looking to bring the stories of marginalized communities to the forefront, and feel strongly about making such narratives accessible to a larger audience. Sometimes I am inspired by something as simple as reading a news article or having a short conversation with someone I don’t know. I want to tell stories from an alternative viewpoint, or question preconceived notions.
What inspired you to make Song of Lahore – the story of the phenomenal collaboration of the Sachal Jazz Band and Wynton Marsalis and the Jazz at Lincoln

I grew up in Karachi listening to my grandfather’s stories of our musical past. He would often talk about the orchestras that played at concerts and the musicians who played on Sunday evenings on street corners. By the time I grew up in the ’80s, all of this was a thing of the past. I lived vicariously through his stories and often wondered what it would have felt to be part of his generation.
In 2011, I came across the story of a group of musicians from Lahore who had come together against all odds to record music using Pakistan’s traditional instruments led by Izzat Majeed a Pakistani businessman with a panache for music. I knew that was a story I wanted to tell so I went online and did more research on the Sachal orchestra. At that time, I had no idea what the group’s journey would be; I just wanted to preserve their voices and their music. And what a journey it turned out to be.

What were your goals for the film when you started and what are you expecting from its impact now that it’s done?

I want people to leave the theatre with a greater understanding of the rich cultural heritage of Pakistan. Song of Lahore moves beyond headlines and stereotypes, and shows that a vast majority of Pakistanis are not perpetrators of religious violence; instead they are victims of it. The beautiful cultural heritage of the region belies its image in the West as monolithically religious, intolerant, and violent. For a Pakistani audience, I feel it’s important to demonstrate the beautiful cultural heritage of the region, its historical support from the Muslim community, and advocate for its protection.
Many Pakistani musicians and music producers such as Rohail Hyatt are credited with a rekindling of interest in the deep cultural and artistic traditions that stretches back generations. You have founded the citizens archive which supports projects aimed at preserving the social and cultural heritage of Pakistan. What makes you feel so strongly about Pakistani and South Asian heritage and culture?
Pakistan is my home; it is where my story began. I was raised in Karachi, and continue to call it home. CAP is an organization that is very close to my heart. It was born out of a pure belief that Pakistan has a rich history and culture and there is a desperate need, now more than ever, to preserve my county’s heritage and make it accessible to everyone. We started with a small team in 2007, and we collectively believed in three main principles that continue to drive us today: to preserve and provide access to the archive, to build and support educational programs, and to develop educational products based on the testimonies collected.

Through the Oral History Project we collect secrets behind old photographs and the personal experiences of our nation’s rich and varied people. These stories ultimately feed the material used in our school outreach tours. Exchange for Change, initiated in 2011, is an exciting initiative by CAP that aims at improving relationships between school students in different countries. This program seeks to help students across borders realize that dialogue is not just possible but sustainable too. Currently this project is running in India and USA.

Today our vision is to develop CAP as the foremost museum and heritage center of Pakistani history, photography, culture, literature, and historical documentation demonstrating the strength and spirit of Pakistan from the perspective of a citizen.

As someone who was raised in Pakistan, went to the US for higher education and equally at ease in both cultures, tell us about your journey of self discovery? What does being a Pakistani mean today?
I see myself as a Pakistani, one who has benefited from a Western education and exposure. I feel that the privilege of having experienced both the East and the West has played a large role in giving me the tools required to tell stories from this part of the world effectively. I remember in 2001, when the tragic events of 9/11 shifted the world’s focus to Afghanistan and Pakistan. I was a print journalist at that time, and had the privilege of growing up in Karachi, and being educated in the United States. As someone who could successfully understand both worlds, I thought that I could play a constructive role in relaying information from the East to the West. Documentary film-making was an organic shift in terms of the content that I was trying to capture; film has a way of bridging differences and providing visceral accounts of situations that may seem foreign or unimaginable in print.

Tell us about your ‘Sulagta Sitara’-a documentary series which is currently being aired on ARY News Channel.

In the year 2002, Pakistan began experiencing the first real wave of terrorism. Suicide bombings, target killings and attacks on prominent politicians and community leaders gripped the country. Today, violence is an assumed part of the Pakistani narrative, and the resultant bouts of heroism and tragedy are glossed over in the steady onslaught of a 24-hour news cycle.

Pakistanis are forgetting their own story; casualties are mere statistics, and spells of violence are often disregarded as nothing more than a logistical inconvenience.

To mark the journey since the first onslaught of terrorism within its borders, we launched a five-part series ‘Sulagta Sitara’, which provides a nuanced depiction of those who continue to tirelessly fight against growing violence and instability across Karachi, Lahore, Quetta, Peshawar and Swat, in a desperate effort to reclaiming their cities.

Your achievements speak for themselves – As a successful cultural ambassador for a country which is not often kindly portrayed in the media do you have any message for the Pakistani diaspora?
The last few decades have seen many challenges for Pakistan, but it is our responsibility as Pakistanis to unite and find solutions. If we don’t then who will?

A Girl in the River: The Price of Forgiveness is an honest and at times disturbing documentary about one young woman’s journey. After narrowly surviving an attempted honour killing she must maintain the status quo in her village by making peace with her attempted murderers – her own family. Winner of the Best Short Documentary Oscar in 2016.

Song of Lahore is about the musical heritage of the city of Lahore which has always been world-renowned for its music. With the increased Islamisation of Pakistan in the 1970s, many of the city’s celebrated musicians have struggled, but this film spotlights one group, the internationally acclaimed Sachal Jazz Ensemble, who have kept on playing. When their unique mix of traditional music with Western flare gets the attention of jazz supremo Wynton Marsalis they are invited to New York.