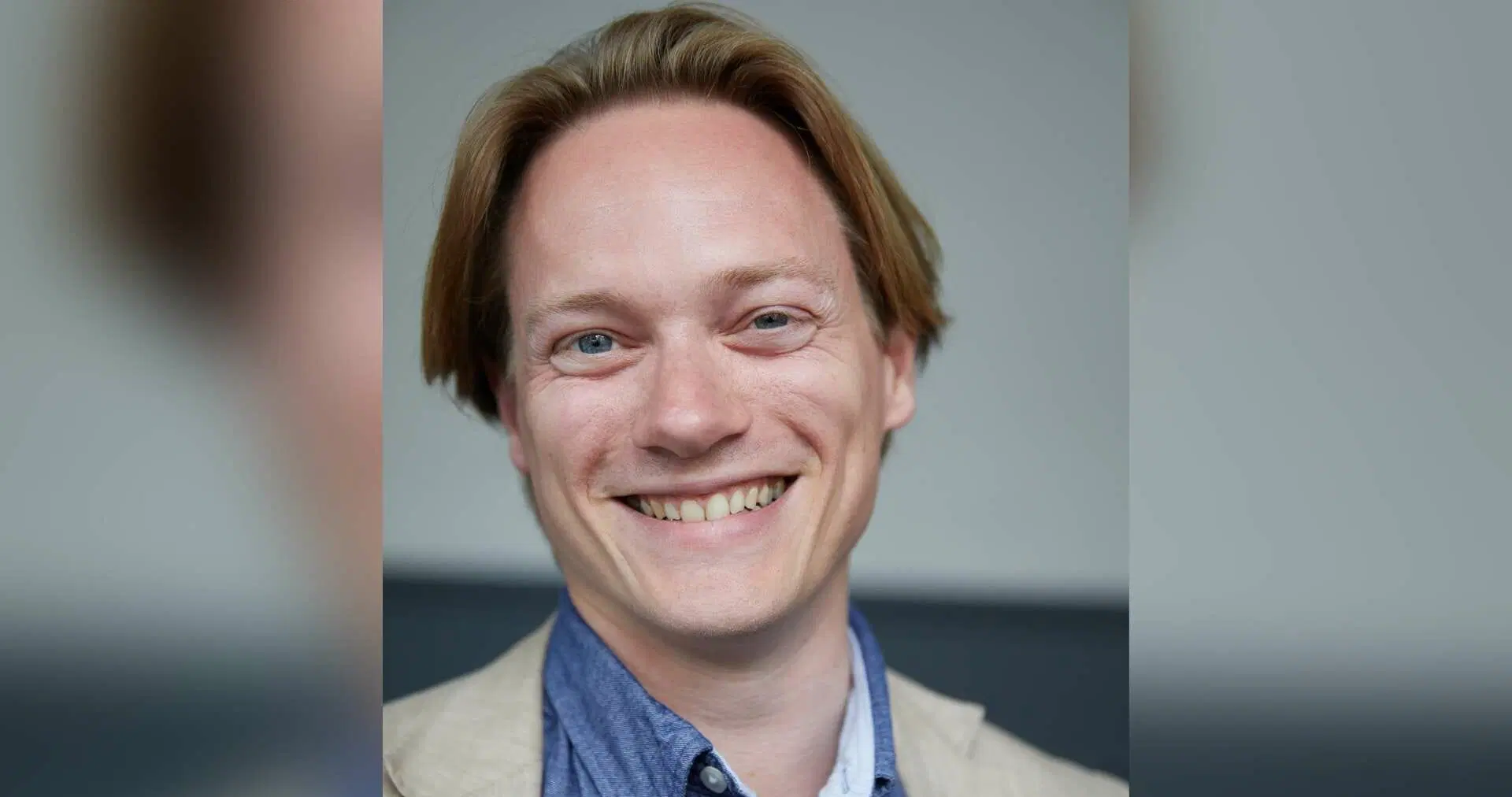 For a second year, Jermyn Street Theatre is hosting the Footprints Festival. From 6 July to 30 July, the mini-season of the festival will feature short runs of an expertly curated array of cutting-edge work from the best of up-and-coming British talent. We chatted with Jermyn Street Theatre’s Artistic Director Tom Littler to talk about his past theatre experiences, the productions, and what it takes to put on such a festival.

1.What was your first theatre job?

2. Tell us about the Footprints Festival.

It’s a celebration of new work by early-career artists. It showcases the work of our Creative Associates – ten early-career theatremakers we believe have a massive future. The festival is headlined by the winner and finalists of the Woven Voices Prize for migrant playwrights. We’ve done various projects to promote the voices of migrants in theatre over recent years and this prize, co-produced with Woven Voices, is a big step in that journey. Migrants are hugely important to the make-up of our vibrant capital city. The winner, The Anarchist, is a gripping drama by Karina Wiedman set during an election in Belarus.

3. What was the selection criteria when choosing which plays would be featured in the festival?

We read a lot of great work which we’d love to stage, but isn’t commercially robust enough for a full five-week run. Footprints is an opportunity to stage a range of great plays which broaden our artistic voice, for short runs and at cheap ticket prices. The Anarchist and the other Woven Voices finalists came through a rigorous judging process. Then our Creative Associates brought three more brilliant plays – Duck, about racism in cricket; Shake the City, about strike action; The Poison Belt, a radical shake-up of an Arthur Conan Doyle novel.

4. What makes a good theatre line-up?

To see plays in conversation with each other – variety, of course, but it’s not just chucking paint at a wall. You want to see links between the plays, places where they spark off each other.

5. What is the target demographic for the festival?

We hope our core audience – who are quite a traditional theatregoing audience, culture-vultures – seize the chance to try out these new plays. But it’s also a chance for us to welcome new audiences who might be younger and more diverse. We’re on a long-term journey to grow, broaden and diversify our audience, and it is changing. JST is on a very posh street in the West End so there’s a particular vibe to the local area, but once you come downstairs into the theatre, it’s all about the work you’re watching.

6. How has the footprints festival evolved over the years?

This is year two! Last year was all about reopening after the pandemic – we staged forty pieces over three months – plays, one-person shows, cabaret, readings. It was all about giving artists a chance to have their work on in a financially sustainable way after they’d had so few opportunities for ages. This year is more tightly focused on our Creative Associates, giving them a great platform. I’m excited to see what my successors do with Footprints in the future – it has huge potential.

7. Do you think the covid-19 pandemic has had lasting effects on live theatre?

It’s not a question in the past tense. We’re still living and working through a pandemic; shows are still routinely shutting down, and we’re in summer. We cannot be complacent about this.

8. Who or what is your biggest influence?

I assisted the late, great Peter Hall for several years when I was young. He was a brilliant director but also a fearless, instinctive and entrepreneurial producer, unafraid of risk. He grew up and worked in a different age, of course, but those were good lessons.

9. What is the role of an artistic director in a theatre festival? What is your favourite aspect of it?

For me at JST, it’s an opportunity to devolve authority. For the rest of the year, it’s ultimately my decision what work we stage and who makes it. At Footprints, our Deputy Director Ebenezer Bamgboye has curated the festival, as his predecessor Cat Robey did last year. I hover about, popping into rehearsal rooms and bringing biscuits. I’m around if I’m needed, and help in various ways, but I get to watch the next generation being amazing.

10. Are there any newcomers (performers or otherwise) taking part this year? What advice do you have for people looking to break into the London theatre scene?

Loads! It’s Karina Wiedman’s first play. Our Creative Associates are all from underrepresented backgrounds and many of them, and the people working on their plays, are very new to the industry. They’re learning by doing. It’s the best way.

Interview by Dina Khashoggi who is a student at City University of London – she is doing a Micro Placement with us in Marketing and Business.

For full listings and tickets go to: www.jermynstreettheatre.co.uk