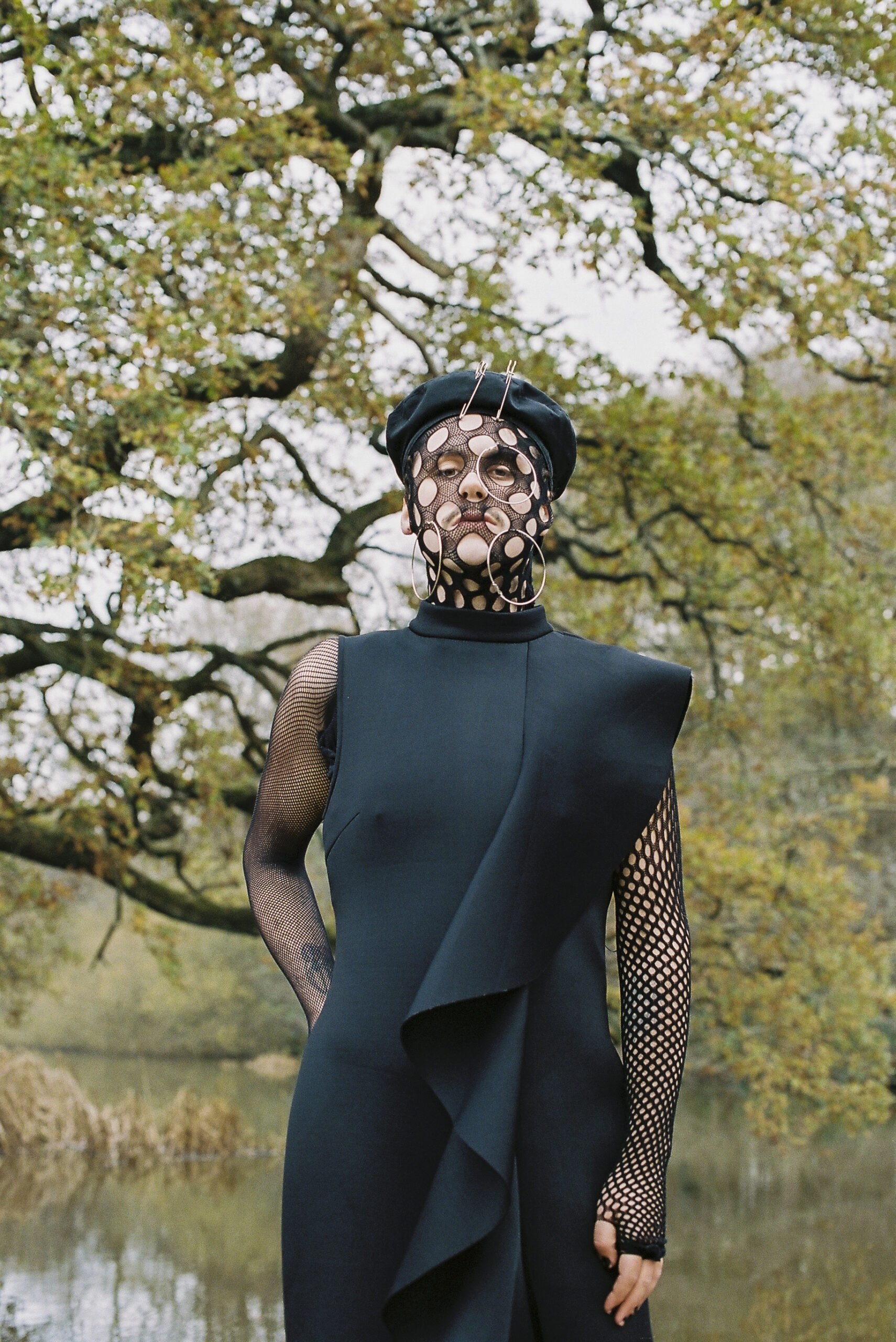 How did you become a resident artist at London’s iconic Roundhouse and how has this helped your music career?

I applied on a whim after seeing something online just as I was graduating from college back in the Summer and was invited to audition. I’m thrilled to be a part of the 21/22 resident artists family! I’d heard great things about the programme from other creatives and was looking for new adventures. Since moving to London, my main musical endeavours had been within the amazing jazz scene here. However, jazz was not my first ; nor is it my last love – my love for art refuses to be monogamous. I wanted to be a part of something where I could explore a range of art forms & embrace new sound worlds – as well as learn and collaborate from other artists. Thankfully, the Roundhouse were on board and have been super supportive in all my weird and wonderful plans! Being a part of the Roundhouse Resident Artists programme has not only given me a physical space to explore new ideas within my work but has also given me mentorship and a new family of amazing artists to share ideas and collaborate with. For example, I’m so excited for fellow resident artist Keziah Hodgson to perform an opening spoken word set at my EP launch later this month!

We’ve read that you are an artist that questions rigidity. Can you elaborate?

My narrative is not relative, for I am expansive. I seek to go beyond the mundane. Perhaps this feels natural to me as I’m coming from the queerer side of life but when I think about artists I love – from David Bowie to Leigh Bowery, their work has continually evolved and defied fixed definition.
I am inspired by artists like Moses Sumney and Bjork who harness whole creative worlds that we can immerse ourselves in. Artists like Kae Tempest and ALOK who remind me that there is so much more both out there and within us than the dreary, stagnant everyday. I want to feel alive. By questioning rigidity in my art, I feel alive, I feel true.

What was it like living and working in Glasgow’s music and arts scene and how’s it different from living in East London?

Ah Glasgow, she’s a beauty. I loved growing up in Glasgow. I started off playing in a fun lil pop rock band, we were called Violet Drive (lol). My songs were hilariously self-indulgent but I was in my early teens managing to play over 18 venues and drink all the band rider so I thought we were pretty iconic at the time. When I first discovered jazz, the jazz scene in Glasgow was (and still is) really buzzing. There used to be this jam night at Dukes Bar on a Thursday run by Cheryl Chadha that was always packed with young folk.. we hadn’t had anything like it before, it captured such a unique energy of the time and that’s where I started out. I was still in school at the time but getting to come up alongside incredible artists like Fergus McCreadie, Noushy, Matt Carmichael and witness the beginnings of bands like corto.alto and Graham Costello’s STRATA was really exciting. The obvious difference in moving to London is that the world is suddenly a lot bigger. Being in East London has allowed me to explore the incredible drag and queer scene here which has definitely become a major influence in what I create. They both have a place in my heart!

Can you tell us about your upcoming EP ‘Noises with Friends’? What was the inspiration for it?

Interestingly, I never intended to release any of these tracks. They are a series of demo tracks that we recorded in Hugo’s [Piper] living room from fun days we spent together making music. Then after sitting and listening back to the recordings we’d made, I decided it would be fun to set them free into the world. I’m a bit fed up if everything is being unattainable, perfect and squeaky clean. I wanted to embrace the messiness in our lives and creative process, so this release sort of honours that thought. The songs/words themselves are all pretty sad, I like to indulge in my melancholy a bit… they explore questions around identity, home, change, figuring your shit out, my recent experiences of sobriety, finding my queerness and feeling stressed living in the rate race of capitalist London. It was so rewarding making this music without any pre-conceived worry as to how it may be received or if it would be commercially ‘successful’. It’s just us three playing some sad songs I’ve written haha.

Have you supported Richard Dawson before and what are you most looking forward to when you perform on the 20th Jan?

I have not! I actually hadn’t come across him until recently but all my hip friends were very impressed that I am getting the chance to support him haha. I’m really excited to hear him play live! I’m also really excited to play some of my wonky music on the iconic roundhouse stage with two of my best pals, what a joy!!

What’s been the highlight/highlights of your music career to date?

I’m very grateful for all the opportunities I’ve had in my early career. However, as of late I’ve been working on trying to be present and see each experience in its own unique beauty. So I’m that vain, I hope the best is yet to come !!!

About ‘Noises with Friends’:

‘Noises With Friends’ presents a messy, unadulterated world.
An escape from the rigidity present in the everyday… an antithesis to the shitty performative perfection that has us chasing our tails and confusing creation with content…
‘Noises With Friends’ is storytelling through an ethereal art pop adventure.
Featuring : Luca Manning, Christos Stylianides and Hugo Piper.
Birthed in a south London flat, these recordings will transport you to the moment where three friends drank absurd amounts of caffeine, confessed their sins and enjoyed making some noise together… jump in.