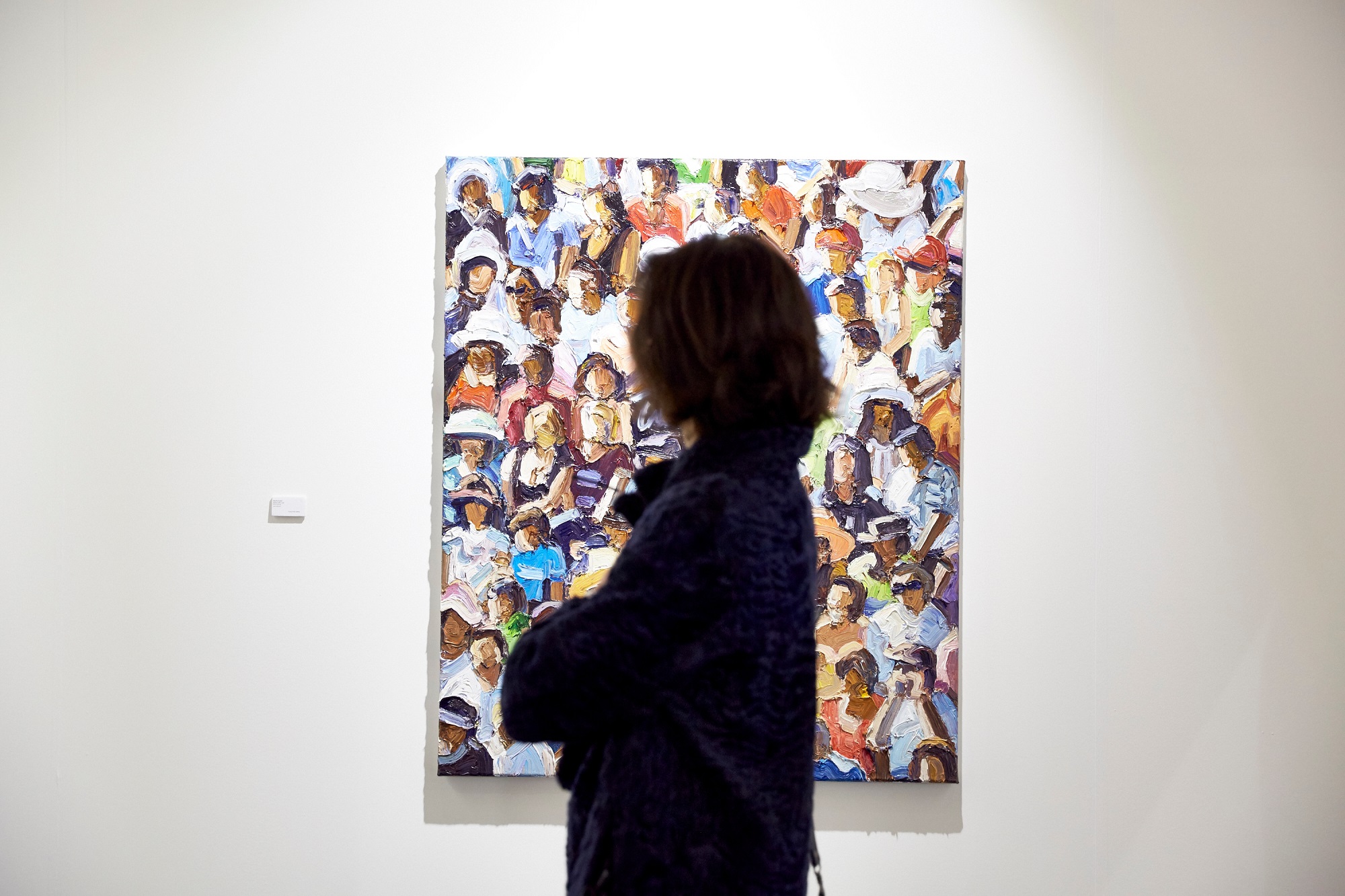 London art fair 2017 is proof that the thriving art scene in London has not been deterred by the Brexit induced unsettled political and economic environment.
Over the years, the London Art fair has established itself as the premiere platform for Modern British and contemporary art. This year 129 UK and international galleries were represented. It displayed an amazing variety of creative mastery capturing a cross section of periods and styles ranging from the ornate and conventional to the contemporary. At the entrance of the fair was a welcoming display entitled Ten Years: A century of Art presented by The Lightbox, the museum partner of London Art fair 2017. To mark their 10th anniversary The Lightbox presented a special display of Modern British Art from the Ingram Collection which included key works by twentieth century artists such as Henri Gaudier-Brzeska, Barbara Hepworth, Henry Moore, Ben Nicholson and Eric Ravillious.
The programme featured a variety of talks, tours and programmes covering a range of topics from present day trends in contemporary photography and sculpture, the response of the art world to the current economic scenario, building and maintaining public art collections and global collaborations in the art world today and future possibilities.
The Art Projects programme at the London Art fair, now in its 13th year curated showcase of the latest contemporary art from across the globe featuring 31 galleries this year at the show. It is an important platform dedicated to nurturing emerging contemporary galleries, presenting the most stimulating contemporary practice. For example, Iniva (Institute of International visual arts) exhibited a group of six women artists. Three established artists Sutapa Biswas, Mary Evans and Joy Gregory who have selected three artists in their early-career exhibiting alongside, Sinta Tantra, Marine Lewis and Teija Williams with a bright selection of work. A competent exposure for upcoming artists by Iniva, a carefully organised handholding to provide an early momentum to aspiring young artists.
Photo 50 is another enthralling showcase of 13 contemporary and innovative photographic and lens based artists presenting 50 works most of which see their London debut this year. Entitled Gravitas this years’ edition frames fleeting moments from the adolescent world capturing various stages through to adulthood.
The fair this year presented a trendy show case of contemporary art. Matteo Massa Grande’s enthralling piece of oil and mixed media on board is a great example. Presented by Shine Artists London, Pontone Gallery, his work represents a tangential mix of light, place and architecture influenced by Padua in Italy and Hajos in Hungary. A depth of space and time is felt through the vastness and emptiness of these intricately carved interiors opening to wide vistas of nature. It leads to a subtle but deep undertone to life, energy and romance in desolation. The same gallery presented a completely modern output of thought and technique of a very natural and simplistic theme by Hwang Seontae, ‘The Sunshine Room’ is a catchy piece to the eye, created on tempered glass, sand blasted and presented with LED backlight. It will make you stop and bask in its warmth. The glorious sunshine that washes in through the window in a sketched bedroom is as organic as the warmth of a mid-morning summer sun. It draws you in on a mid-January cold London wrapped in a blanket of fog.
There was a variety of art mediums showcased which ranged from Chinese ink on found paper to oil on lasagne sheets to stainless steel bolts, nails and wood. Some of the mediums were truly pioneering like photographic inkjet prints on archival paper with watercolour paints and LED lights and acrylic, gold leaf and crystals on plexi glass. The gallery Paper presented Hannah Farrell’s work- which was a unique combination of photographic medium as a sculptural object by exploring the substance within and around the subject and its surrounding surface. Farrell combines images through the fluidity of the photographic medium and the solid static nature of sculptures. Her technique and treatment prompts questions rising from gender, the human figure, physical experiences in relation to place and the tensions between freedom and entrapment. Farrell won the De’Longhi Art projects Artist Award at the London Art Fair this year.
The London art fair is a great place to experience British and international art movements. An enthusiastic platform for both established and upcoming artists. We now look forward to the one next year for more from the continuously enriching British expertise as well as international practices for a cross section of the best in the global art scene.
Protima Chatterjee