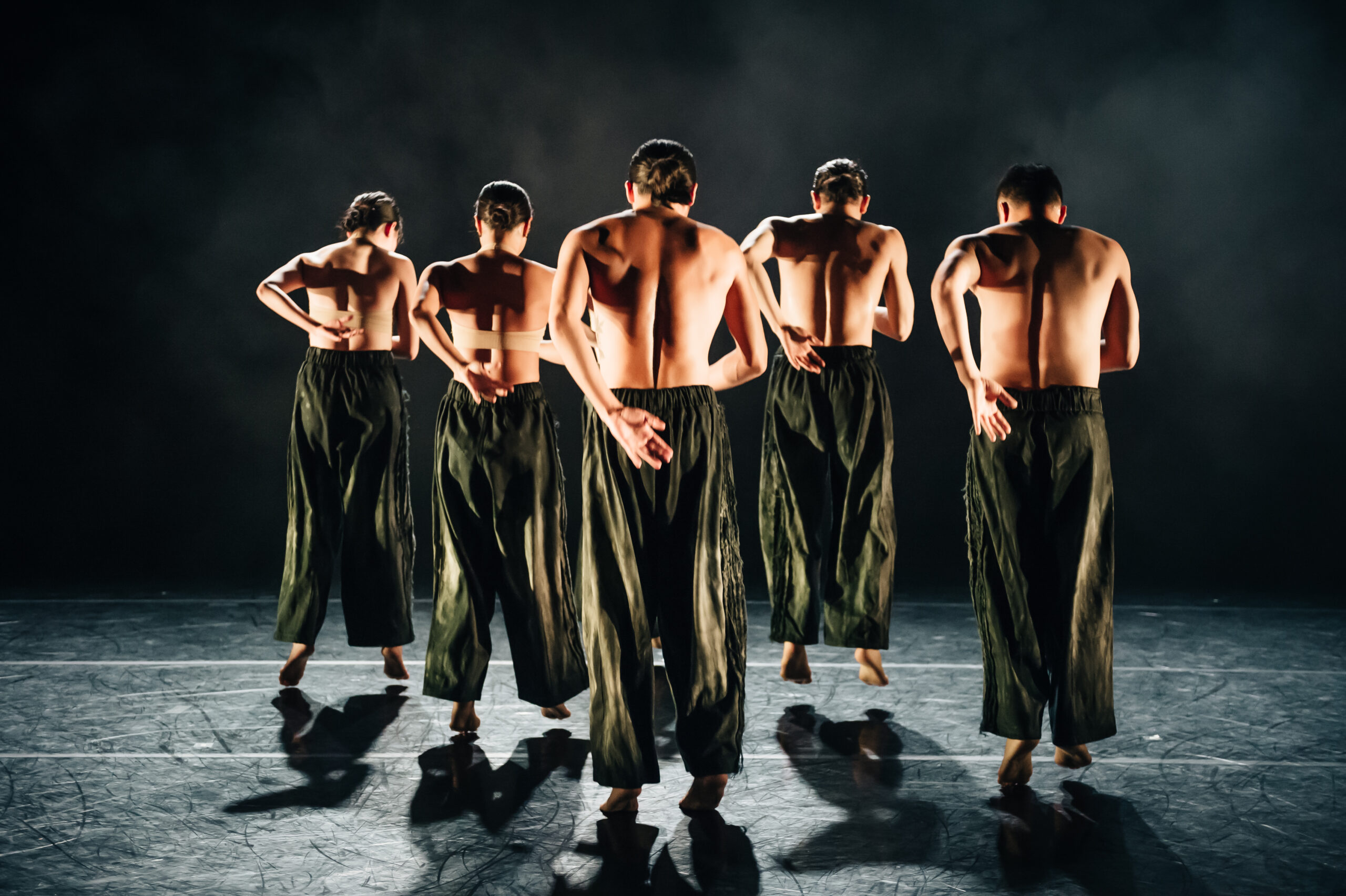 ‘A Festival of Korean Dance’ at The Place: a peek at South-Korea’s most acclaimed dance company, SIGA – 23 and 24 September 2021

The credo of the company: to follow an ideal of collectivity, and to use dance as a tool to communicate and connect with the lives of the people around us. It is with this philosophy in mind that they craft their choreography, shaped by the ideas of every single member of the team of dancers and choreographers. A patchwork of ideas that gives birth to an innovative and collective project.

The three keywords of the company are “Speed”, “Basic” and “Body”, which are visible, and the vibes are felt loud and clear throughout.  They aim for a certain “basic” simplicity, with plain black costumes, an empty stage, and a small group of dancers. This leads to closeness between the dancers and their spectator exploring the concept of collectivity. Nonetheless, the show is strong and spectacular, as the ideas of “speed” and “body” result in fast, tenacious, and physically demanding performances. At the end of the performance the dancers were flaming fireballs-their bodies pushed to their human limits through the choreographies.

One cannot go without mentioning the music (Bluechan) and light (Yujin HONG) which essentially enhanced a minimalist scene. The expert use of light and surreal rhythmic music transported the audience to an infinite and otherworldly non-space without corners, where the only thing the eye perceives are the dancers on stage.

The first choreography, Equilibrium, is a duet between dancers Hyuk KWON and Jaeyoung LEE, who is also the choreographer, exploring the ideas of balance and chaos. The dance is an alternation of still moments without music or lighting, where the dancers perform slower, almost insecure movements, and seem to discover their own and the other’s body. These moments are interrupted by explosions of music and light, and the choreography becomes a fast-paced duet where the dancers complete each other’s movements and perform almost as one unique entity. During the post-show Q&A (yes, if you stick around after the show, you can participate in a translated and BSL interpreted interview) – Jaeyoung LEE explained that the dance revolved around the idea of chaos, which is, for obvious reasons, quite difficult to choreograph. Improvised sections lent a non-induced, naturally chaotic feel to their movements.

The second choreography, Zero, is a six-dancer piece with an interesting and original concept: the dancers jump and swing their arms on stage to the constant rhythm of music, as if they were running. They repeat this same move over and over with their back to the audience and the effect is simply captivating, enhanced by the magical play of light design.  Choreographer Hyuk KWON, who also performed in Equilibrium, affirmed that he wanted to explore physicality and human limits, and kept the dancers facing away from the audience. His idea is to concentrate on their bodies and their physical effort rather than their facial expressions.

The young talents of SIGA have way to go performing internationally, conquering the scenes and hearts of London and a global audience. Their message of collectivity and unity is a hopeful promise that needs to be shared today more than ever.

Reviewed by Céline Galletti- Celine is a volunteer writer for Abundant Art. Originally from France and Italy, she follows her passion for writing and art by studying Comparative Literature at UCL, London.

As an international student living in London, she is determined to fully experience and understand the city’s vibrant arts scene, and be a part of its creative storm.