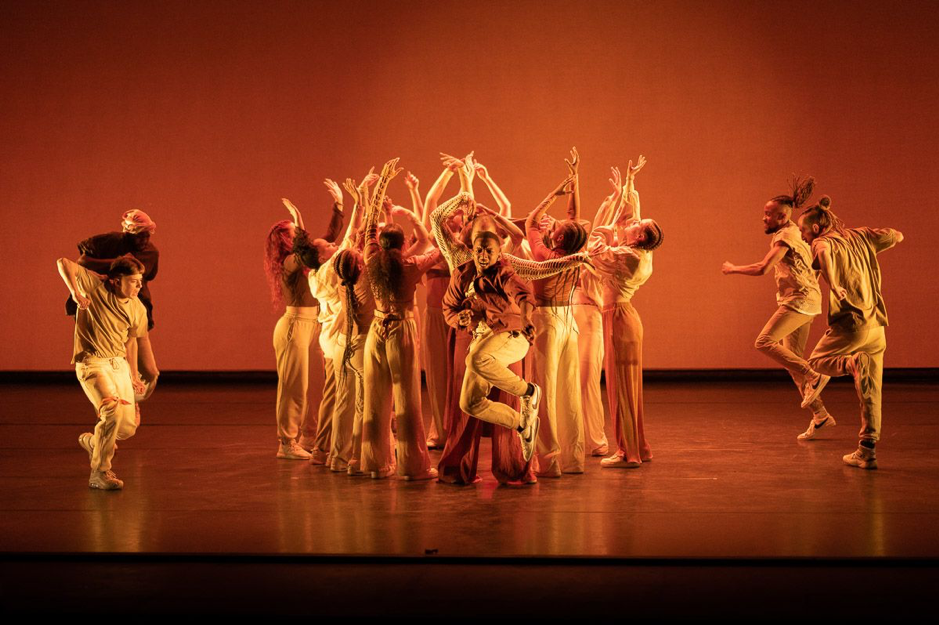 On the nights of the 5 and 6 March, the stage of the Barbican was taken over by a joyous army of over 100 dancers, as the hip-hop company Boy Blue celebrated its 21st birthday with its show “A night with Boy Blue”. Everything from the music, talent, choreographies, creativity and rhythm of the evening were irresistible to say the least, although none of it compared to the sense of community and festivity that emanated both from the stage and the audience. Most dance moves were followed by roars of cheerful exclamations by the public, as even the dancers would encourage each other on stage. The show managed to beautifully encapsulate the entire spirit of hip-hop in a two-hour show, and deserved every second of the standing ovation it received at the end.

The magnetising energy of the show was already clear from the opening, a collective dance routine that retraced the main years and performances of Blue Boy. The dynamic vitality of people going on and off the scene, improvising solos, cheering and high-fiving created a cadenced flow that combined beautifully with the compelling light work and rhythmic digital music. This followed with various choreographies that experimented with different sounds, costumes and styles, jumping from dreamy existentialism to funky comedy in the bat of an eye. Despite the multitude and variety of dancers, soundtracks and choreographies, the dances combined perfectly and succeeded one another with great brio.

In addition to the herculean energy of the show, what stood out the most was the variety within the show: not only with the performances, which offered a pattern of different themes, ambiance and music but also with the performers. Seeing a spectrum of dancers of all ages, gender, sizes and race was extremely refreshing and showcased the mentality of inclusion and accessibility that is typical of hip-hop. Even young kids were given a chance to perform, and the dance of the five youngest dancers of the team to the beat of famous TikTok dances was particularly heart-warming.

The evening was hosted by the founders of the MC and musician Michael ‘Mikey J’Asante and choreographer Kenrick ‘H2O’ Sandy, who occasionally interrupted the show to make sure everyone was having a good time. It was clear how much work and passion had been put into their project and the efforts made to develop hip-hop in the UK. The evening was not only a performance but a real experience of immersion in the culture of hip-hop, a culture of movement, freedom, inclusivity and enjoyment at its purest state.

Check out other Barbican events at: https://www.barbican.org.uk/whats-on/theatre-dance