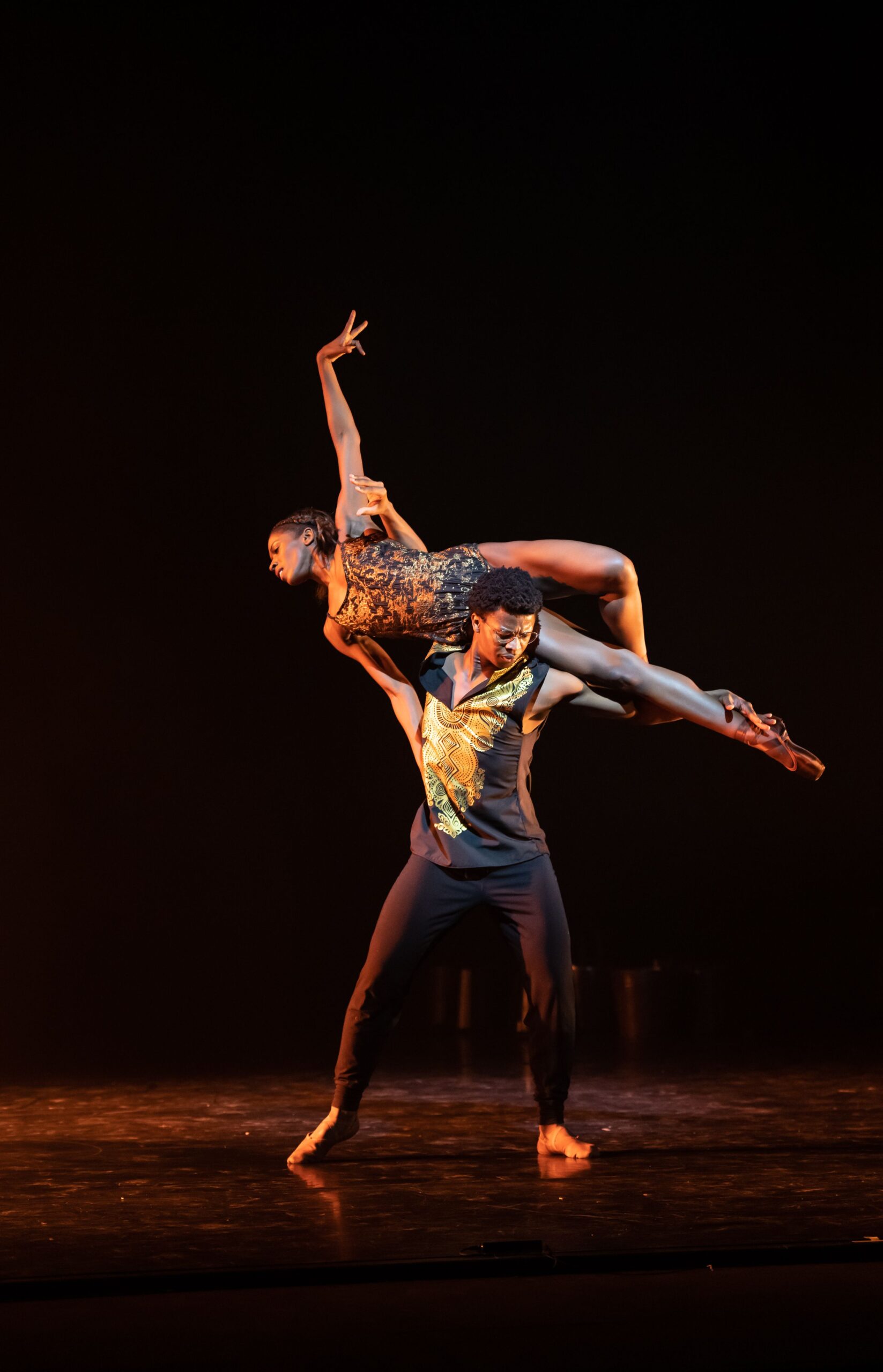 This year marks the 20th anniversary of one of the ballet industry’s most innovative and enthralling companies ‘Ballet Black’. The celebration of two decades of work is being presented in the form of a double bill of performances hosted at the Barbican, showcasing the possibilities of ballet beyond tradition and stereotypes. Ballet Black was founded by Cassa Pancho, with the vision of changing the face of ballet by bringing more Black and Asian faces to the forefront of ballet, a genre typically dominated by white faces. The company has managed to do this within its 20-year run as well as provide the world with captivating and cutting-edge performances.

The first half of the double bill was “Say it Loud” choreographed by Cassa Pancho herself. It was an amalgamation of seven different performances that connect with each other, speaking to the audience as one. The performance is accompanied by voiceovers of thoughts and opinions that have been shared about the company over the years, from positive quotes about captivating performances to negative quotes such as bigoted comments and aggressions, that darker-skinned individuals in ballet often hear. The score consists of music assembled by Cassa Pancho, it is a combination of jazz, classical and rap. The merging of classical ballet, perfect pointe and elegant movements, with the rawness of contemporary styles of dance, is something that sets aside the dancers of Ballet Black from fellow dancers and made the performance so invigorating and engrossing. Some of the highlights from the  “Say it Loud” piece were a solo performance danced over a gloomy track called “Welcome to London”.  The sharp movements of the performer emanated his hurt and angst at the negative comments from the voiceover track played before he began dancing. Another was a heartfelt and romantic duet piece to Etta James’ ‘At Last’ that earned a standing ovation. ‘Say it Loud’ gave the audience the best of all worlds.

The second half was “Black Sun.” choreographed by Gregory Maqoma. The piece had a score consisting of hazy sounds and African chants  produced by Micheal Asante of Boy Blue, (also known as Mikey J) and described by Micheal himself as  “as a work that draws energy from the sun and the moon giving rise to descendants of ancestors.” Very different from the first half of the double bill it has a denser and more complex narrative and gives leeway for more interpretation about the meanings of the piece. Furthermore, the movements, combined with the eclectic score and how the gold on the costumes catches the light and makes the stage glisten and glow, make the performance hypnotic and otherworldly. The highlight of the piece, and the most entrancing and best moment of the night is the prolonged section in which the dancers vocalise along with the track as well as beat drums and synchronously tap their feet, creating a compelling and immersive atmosphere.

The performances were followed by a short Q & A session featuring Cassa Pancho, Michael Asante and dancer of Ballet Black, Cira Robinson, in which they talked about the past, present and future of the company, the production of the 20th-anniversary performance and answered questions from the audience. The panel received several questions surrounding the challenges and difficulties faced by ballet dancers of colour. Cira Robinson perfectly summed up her thoughts on these challenges stating that rather than focusing on the colour of their skin, the focus should be on the talent and prowess these dancers possess. This is when there will be true inclusivity within the ballet industry.

Ballet Black is set to perform a tour of their 20th anniversary double bill at venues across the UK, tickets can be found at their website: https://balletblack.co.uk/performances/.

Cira Robinson and Mthuthuzeli November were photographed by Bill Cooper.