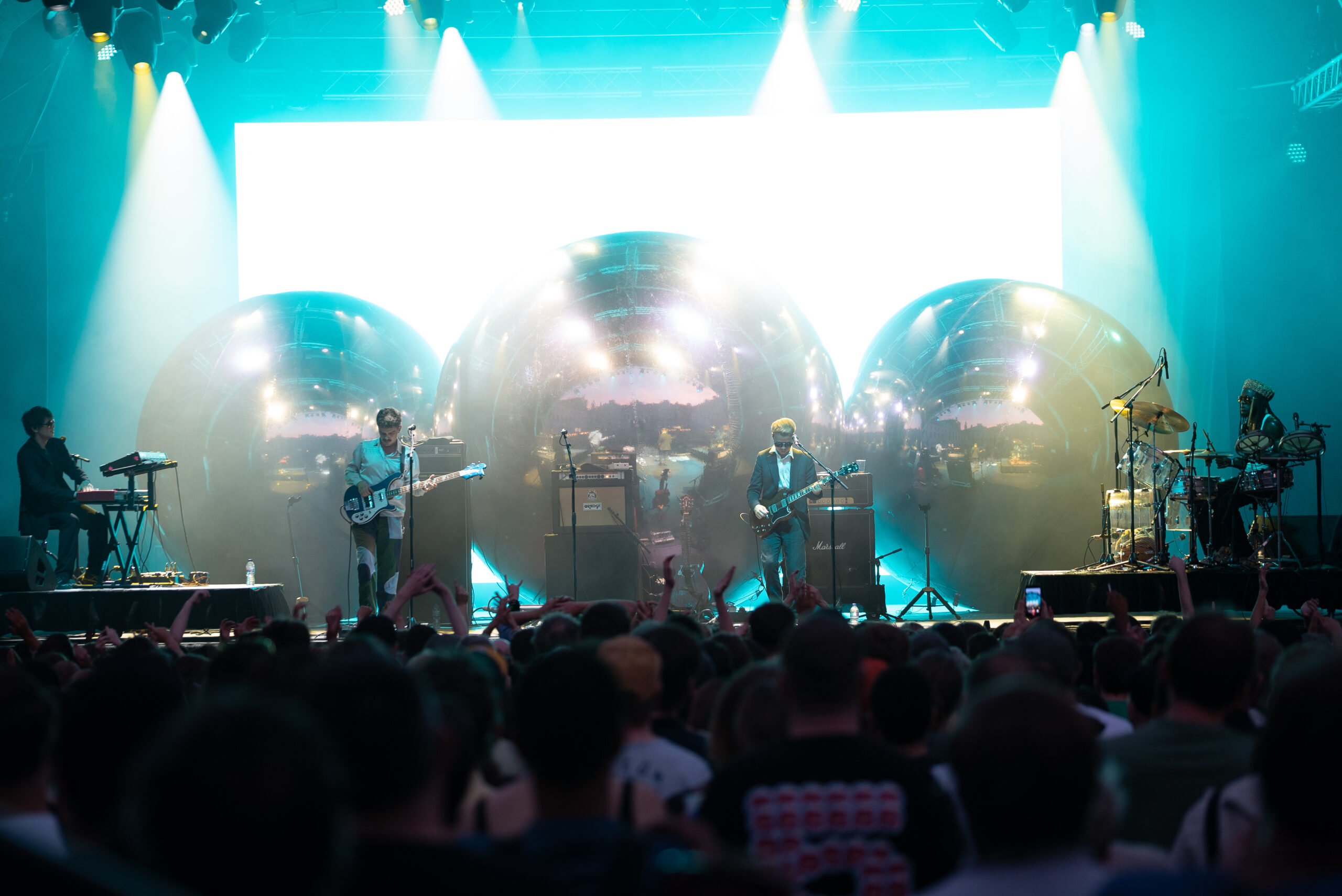 Check Wikipedia and look at the genres apparently exercised by London’s Black Midi: ‘Experimental rock; progressive rock; avant-prog; math rock; noise rock; post-punk; jazz fusion’. Cool—what does that mean? Originally formed at the BRIT school by four technically endowed teenage boys, their music on the whole is a postmodern collage of basically everything that came before it in the 20th century, sealed in wax with ironic vocals. (They’re ironic in both content and delivery: primary vocalist Geordie Greep’s voice is at the intersection between a northerner, Talking Heads, and Ronnie James Dio. I can’t really explain it – just listen to one of their records.) Another comparison I see bandied about the internet is to America’s not-so-cherished Primus, if for nothing but their sheer virtuosity. They’ve also been compared to Slint on occasion, but that is more often reserved for contemporaries Black Country, New Road.

Since being launched by Dan Carey’s Speedy Wunderground label, and championed by basically every BBC Radio 6 Music DJ, Black Midi have established a loyal following made up largely of two major cohorts: edgy people under 25 and edgy men over 45. Despite their apparent differences, both ostensibly have plenty of money to part with for merch and vinyl. And this couldn’t be more evident than at their headline at Somerset House for the Summer Series.

With three albums now under their belt since debut Schlagenheim in 2019, Black Midi have marched on in cavalcade – coincidentally the name of their most recent release, this year (badum-ch). I’ve seen Black Midi a few times now, and this is the first time since founding member Matt Kwasniewski-Kelvin took a break from the band in January 2021. In the meantime, Seth Evans has also been added as keyboard maestro.

What Black Midi might want to think about is the sheer irony of it all. Back in the 90s, Fredric Jameson wrote about something called the ‘waning of affect’, which referred to the emotionless aspect of highly pastiche-like art which emerged in the mid-20th century (e.g. Andy Warhol’s portrait of Marilyn Monroe). The band played quite a few covers – many of them good – but it largely felt like an in-joke, and the whole crowd patted themselves on the back for being in on it. Kate Bush, Tyler, The Creator, and Frank Ocean all found themselves parodied. The covers were funny, but that fruit hung not far from the floor. Seeing young, invigorated, talented musicians on stage are energising;  music fans congratulating themselves for ‘getting the reference’ less so.

Black Midi may be several years and three albums deep into their career now, but they prove that youth does not necessarily preclude experience. It’s entirely apparent that they are technically and creatively gifted, and that there is an ocean of ideas, references, and sounds flying around their heads. What occasionally is lacking is that they sound so distinctive yet so much like those very things they’ve mashed together. Apart from a short chuckle, the esoteric covers amounted to nothing more than their originals.