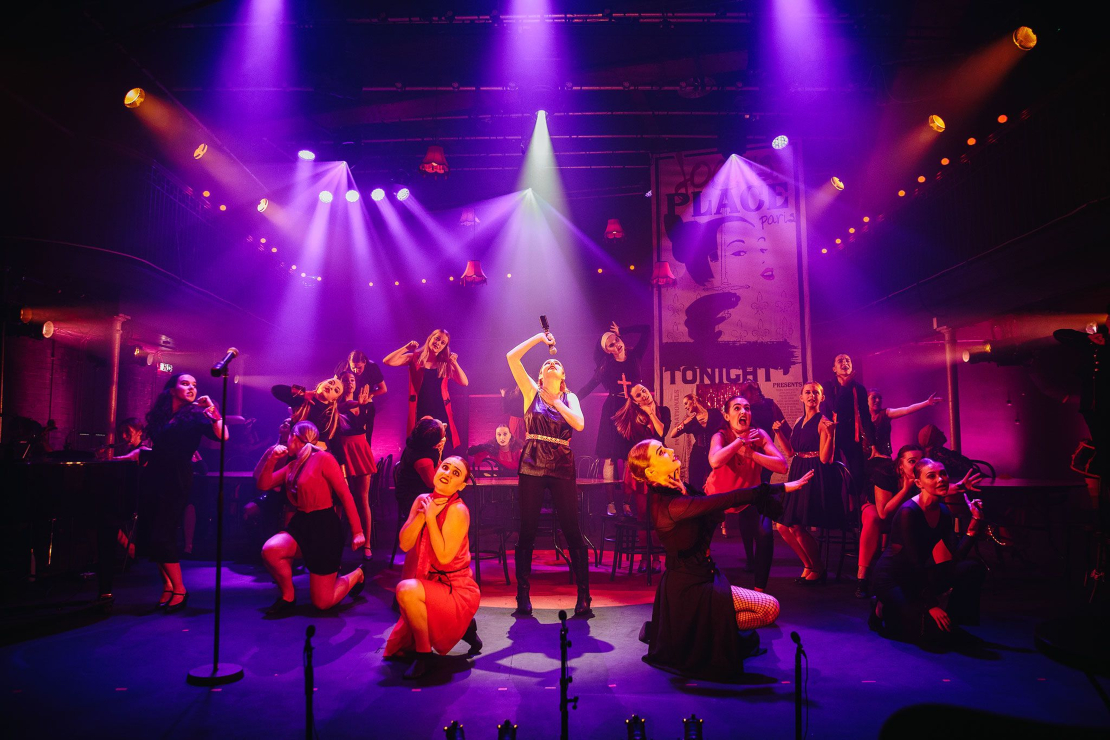 We’d like to name each and everybody from the cast of ‘Cabaret Macabre’, but we’d need another page! Instead, know that we thought each of the young performers brought something worthy of a show in themselves, conveying sophistication and ownership in their deliveries. We implore the cast to continue trusting in themselves as artists, as people and as a collective ensemble. Know that bringing yourself to your acting is always enough. As long as you’re enjoying being on stage, all your hard work and technique will shine through (which it did). So strive to have fun and be proud!

It’s engaging to see a confidence that surely has been nurtured by working professionals at ‘The British Youth Theatre’ (personally speaking, being an actor, drama school certainly helped me!). A great credit to Joseph Atkins (writer and composer) and Jessica Walker (writer and director), for their ability to create and elevate ‘Cabaret Macabre’.

The show presents us with resplendent bursts of cabaret, focusing on women of the last seven centuries to date and the injustice they face. The show fittingly uses ‘macabre humour’, with singing descriptions painting the unfortunate early deaths of icons such as Joan of Arc, Queen Marie Antoinette, Marilyn Monroe and Mata Hari. Interspliced with monologue accounts from everyday women who are victims of violence, the historical tapestry is ranged, and reminds us that injustice is current. Having ‘Black Lives Matter’ interweaved it re-enforces the strive for equality.

Befitting to the Cabaret style  of the show celebrates the characters portrayed for who they are. Held In Joan’s bar, Joan herself introduces the evenings entertainment. Humour is carefully interspersed with her character expressing her need to land her big number, yet being pushed aside by the eagerness of the others to perform theirs. (She gets there in the end though, and what a voice indeed!) It provides a technical platform that enables unpredictability for an audience, whilst the cast continue with dynamism.

For all the wonderful, voices, orchestral playing and impressive tap dancing, we cannot help but go away with thoughts on recent social movements against the harassment and sexual abuse of women. There is the ‘me too’ movement, with #MeToo trending worldwide from 2017. Serving to bring forward sufferers of sexual harassment and abuse. The enormity of the situation is revealed with one in three women being subject to sexual violence according to the ‘World Health Organisation’. Such movements are not formed merely to be historical, and it’s fundamental to continue focussing on the heart of the issue. Art motivates us to do this, by cranking us out of autopilot and empathetically connecting ourselves into the world we live in. There will always be the need for people to intervene, and bravely interlace troubled stories to stand in solidarity.

It is fantastic to see women empowered with a strong and credible voice in ‘Cabaret Macabre’. May they take this through into their lives and inspire their audiences to do the same!