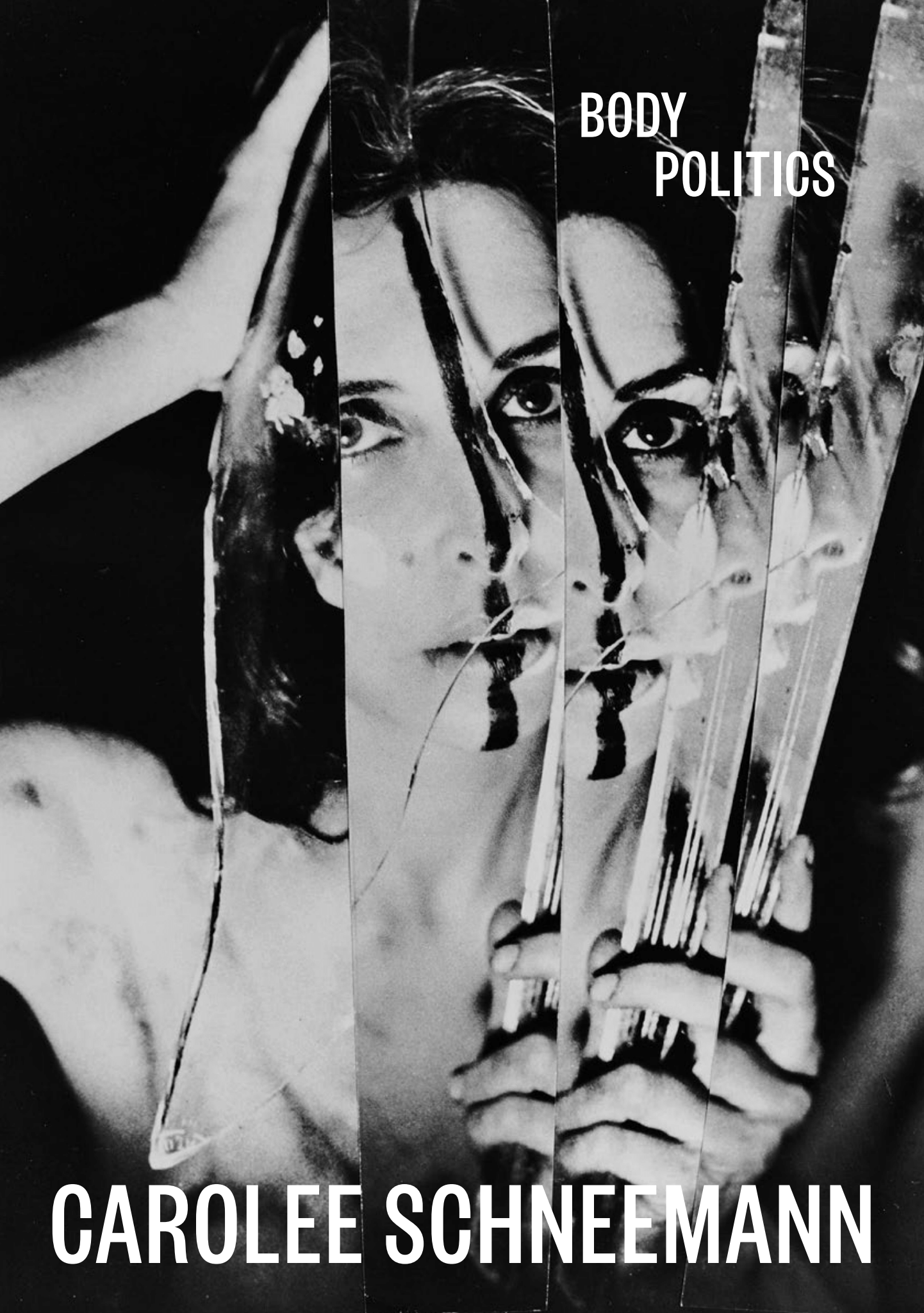 Born 1939, Schneemann was ahead of her time, often placing her own body at the centre of her work – something that, despite getting her kicked out of university for ‘moral turpitude’, would become a returning device in her practice. Schneemann was a visual artist, known for her experimental multi-media and performance-based works. Her practice resisted the male saturated New York painting scene at the time by exploring then taboo subjects such as sexuality, gender and the physical form.

Body Politics is presented in chronological order, beginning with Schneemann’s expressive paintings. Even in her early works, we see Schneemann push the boundaries of the artistic mediums she selects; rapid, frenzied brushstrokes, egg shells crushed in paint, wires pulled taut over canvases.

As the exhibition continues, the works push further. Some of her later, more well-known works such as ‘Up to and Including Her Limits’ and ‘Meat Joy’ take centre stage. Both, highly-provocative, nude performance works explore the body as a creative medium, a tool. They are fascinating and historically-important works.

However, within this abundance of the artist’s works, these pieces, although physically revealing, say little of the artist from an emotional perspective. Instead, more is uncovered in some of the smaller works. ‘Mortal Coils’ 1994-95, sees 8 motorised ropes hang from the ceiling, slowly pushing their way through small piles of sand. The walls are covered with projections; refracted images of deceased friends’ faces and snapshots of ‘in memoriam’ obituaries from The New York Times. The work speaks of Schneemann’s succession of losses during the AIDS epidemic – the ropes drift in endless circles reflecting the cycle of life, death and grief.

Body Politics is a deep dive into the life and work of Carolee Schneemann. Her work is powerful; distressing and touching in equal measure. Moreover, it is interesting to reflect on these works in the modern day – what is relevant, what is obsolete? Despite how the works have aged, Schneemann still remains a point of reference for many.

Body Politics is the first major survey of Carolee Schneemann’s work in the UK, tracing her diverse, transgressive and interdisciplinary expression over six decades.

The exhibition features the artist’s early paintings; her experimental sculptural assemblages and kinetic works; her pioneering performance work in which she used her own body as a medium; her ground-breaking group performances; as well as her lyrical films and immersive multi-media installations. With over 200 objects and rarely seen archival material, this exhibition positions Schneemann as one of the most relevant, provocative and inspiring artists of the twentieth and early twenty-first centuries.