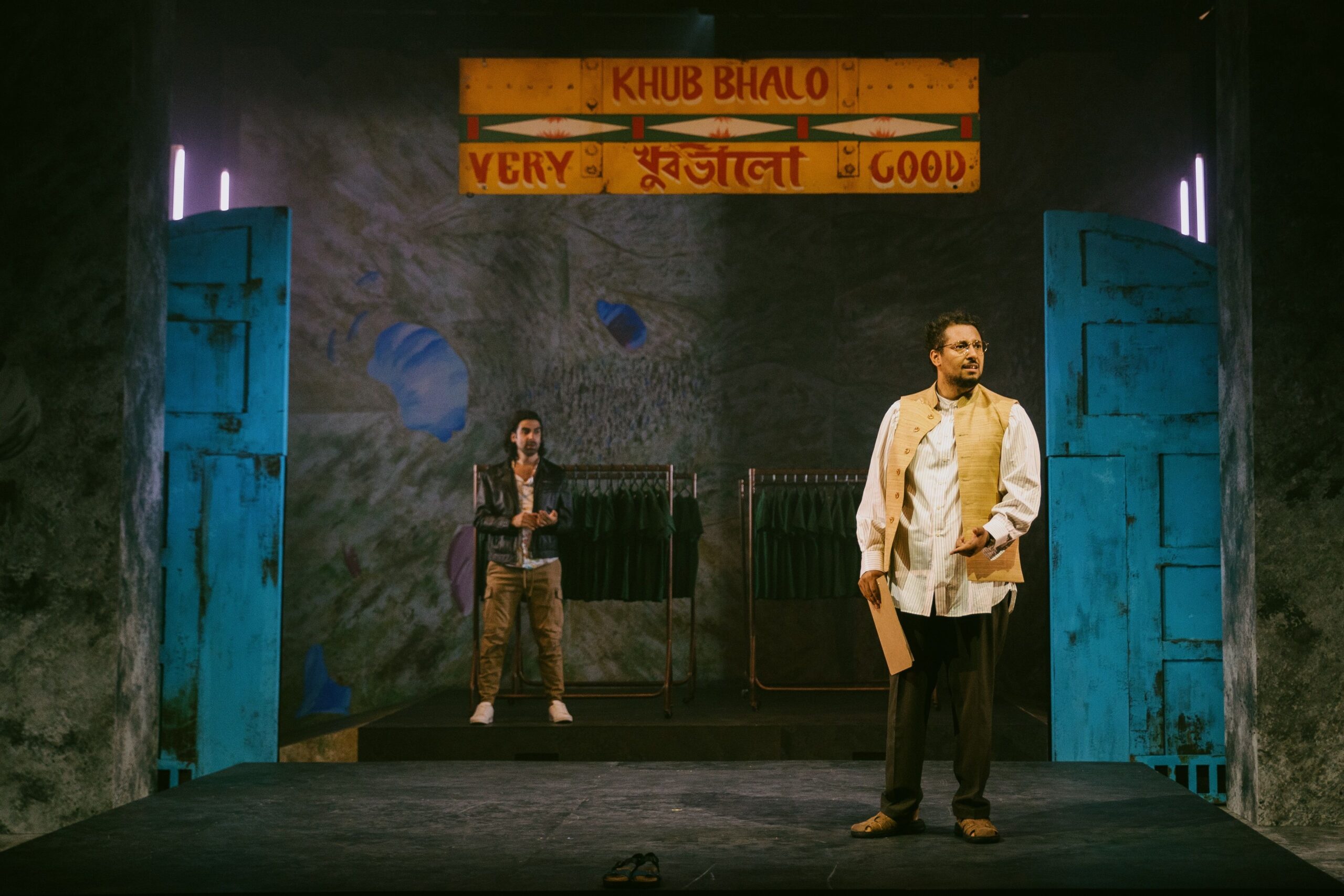 At its heart, Chasing Hares is a drama exploring relationships and sacrifice – about one man navigating the line between morality and providing for his family.

Set in 2000s Kolkata, Chasing Hares follows Prab (Irfan Shamji) a machinist at the Khub Bhalo factory, as production halts due to a lack of orders. Employees are left stranded and unsupported, forced to wait outside the factory gates each morning in the hope of getting work. Intimate conversations between Prab and his wife, Kajol (Zainab Hasan), reveal their struggles. Here, Shamji and Hasan both deliver powerful performances, keeping the audience engaged throughout.

It soon becomes clear that former student activist, Prab, must choose between joining the picket line and feeding his family. Consequently, Prab, a gifted storyteller, befriends the factory owner’s son, Dev (Scott Karim), by offering to write new material for his failing theatre troupe. As the factory reopens, Prab is promoted to a managerial position where his ethical boundaries are pushed even further. When Dev hires child workers in an attempt to cut costs, the rest of the workforce becomes increasingly furious and begins to fight back. Prab must decide which side he wants to fight for.

Moi Tran’s stage design is modest yet effective – with cold, grey factory walls being transformed into domestic spaces with nothing but the descent of a well-placed ceiling lamp. Sporadically, the front portion of the stage rotates to reflect the changing scenery and the actors move effortlessly over it. The lighting and projections are also incredibly moving, the walls covered with shadow animals as the characters recount folk and childhood tales.

As the play concludes, Prab’s precarious work situation in the factory is mirrored as his daughter Amba (Saroja-Lily Ratnavel) navigates the current day UK gig economy. Amba reflects on her father’s legacy and encourages her colleagues to unionise and protest against their work conditions. Despite strong performances from all cast members, the ending feels a little uninspiring. However, the production is still timely and touching – the message feels particularly vital at a time when it is necessary for so many workers to strike.