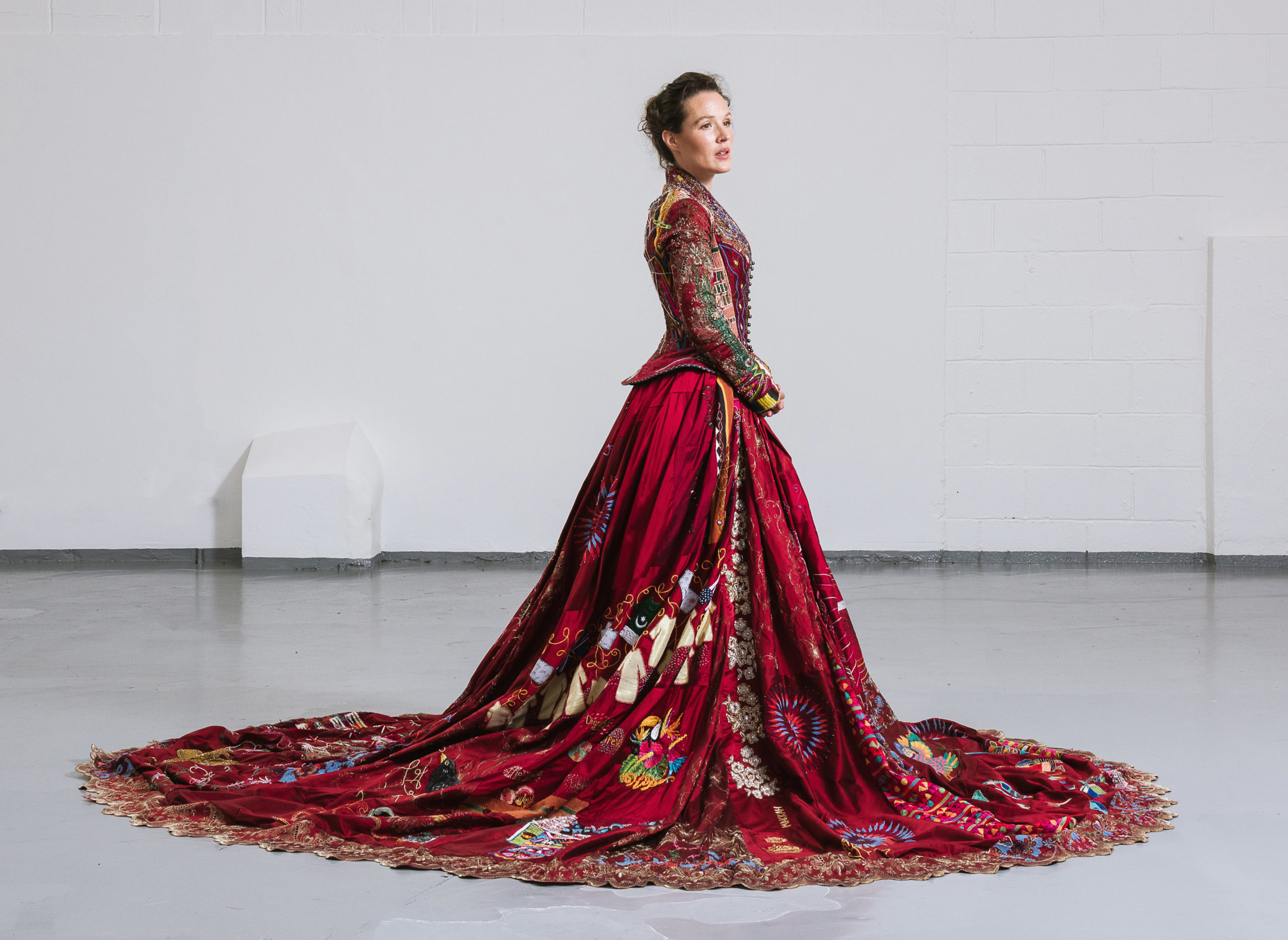 In Southwark, the curious facade of the Fashion and Textile Museum attracts the eye of many curious passers-by. Typical of its creative yellow and pink exterior, the Fashion and Textile Museum offers continuously diverse programs and exhibitions and has set itself as a place of expression for designers and fashion artists around the world. This season, they are offering us a historical outlook on the Royal School of Needlework (RSN) in their new exposition “150 years of the Royal School of Needlework: Crown to Catwalk”. The exhibit retraces the rich historical story of the school and explores the re-emerging art of needlework through some of the most memorable pieces of the archive of the RSN.

The RSN, which is now celebrating its 120th birthday, was founded as a non-profit organisation in 1872 by Lady Victoria Welby. The goal was not only to revive the lost art of needlework but also to give work to educated women by creating an industry that was mainly run by female workers. The school has been accepting commissions from the Royal Family from its earliest days and has managed to perdure over time by building a reputation of variety and versatility in their work. The assiduity of the school can be well resumed by their mantra: “when in a rush on a job, never a seat shall go cold”. Their frenetic rhythm has made them able to perform some admirable miracles, such as the last-minute creation of Queen Victoria’s sublime funeral pall. Many other stunning royal garments produced by the RSN can be seen at the museum, from wedding ornamentals to coronation regalia.

History enthusiasts will enjoy this exhibition as much, if not more, than fashion lovers. In addition to the historical origins of the school and its participation in many memorable events of the Royal family, the exhibit explores other moments from the past of needlework. We are shown how in the First World War, soldiers were given embroidery kits as part of their occupational therapy, thus starting a long tradition of using needlework to improve mental health. Other archives include religious robes and vintage lingerie, showcasing once again the versatility and the range of the work of the RSN.

The second floor will not only bring you to another epoch but to a whole other level of experimentalising and modernity. The collaborations, the runway pieces, the international features and the current projects of the students prove not only that needlework is not dead, but that it is more vibrant and creative than ever. This orientation towards the future and the space of expression that is left to new generations was extremely inspiring and refreshing to see.

Get your tickets for this historical yet innovative take on needlework at https://fashiontextilemuseum.org/exhibitions/150-years-of-the-royal-school-of-needlework-crown-to-catwalk