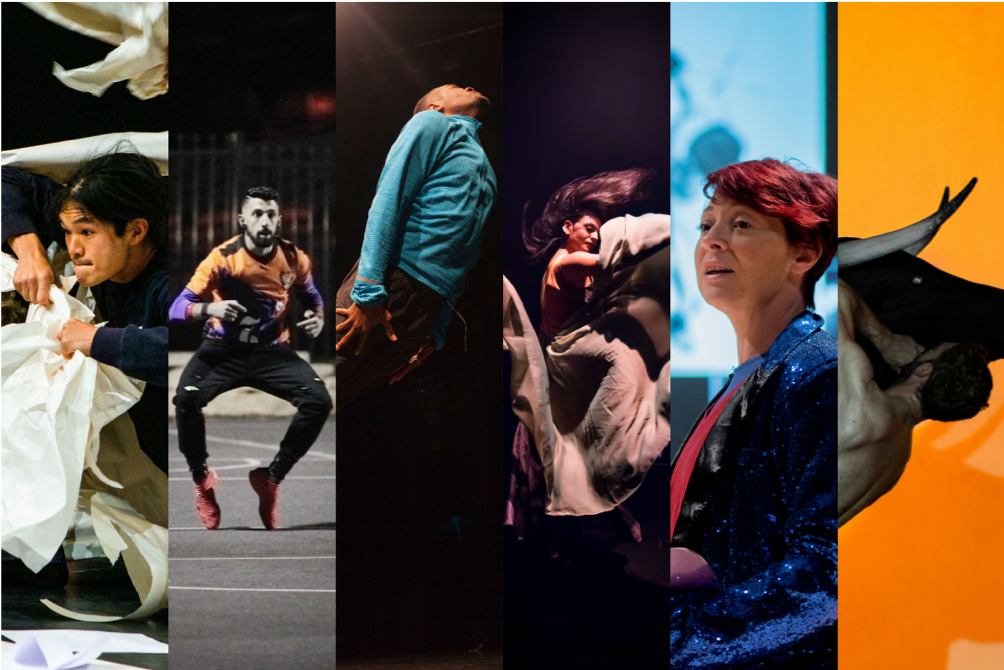 This October, the Dance Umbrella company presented Dance Umbrella Festival 2021, a hybrid event combining online events and in-person shows from a range of international talented artists, performed in different venues in London.  It epitomised how the art world has managed to adapt and overcome the challenges of the global pandemic, which seemed insurmountable just a few months ago.

Produced by Rob Jones, the festival celebrates modern dance and diversity whilst nurturing a mentality of growth, innovation and the power of motion. I had the opportunity to watch the double bill performed at the Waterman’s Art Centre, starring Kesha Raithatha in Traces and Dani Harris-Walters in Happy Fathers Day. Both performances are polar opposites both in form and tone, but tell similar stories of internal conflicts, growth and celebrations of the body.

The first performance is a very intimate dance, performed by one single dancer, retelling a personal yet universal story of regeneration and purgation from incidents such as loss and abandonment, which dancer and choreographer Kesha Raithatha drew from her own personal experience. The purpose of the dance is to have the feeling of being told a story, which represents a key element of the traditional Indian Kathak dance. However, Rathatha refuses to be held down by any structure or tradition of dancing as her style is timeless, formless and emancipated from everything. Elements like her layered costume and the light are incorporated in the choreography and she constantly interacts with them. The overall effect is otherworldly and ethereal, as we witness the evolution a body being emancipated from its trauma to gain a state of weightlessness and peace.

We are then pulled out of this reflective dimension by a drastic change of tone with Danni Harris-Walter’s performance in Happy Father’s Day. As for Raithatha’s dance, it is almost impossible to pin down the genre of the piece: the story is told through a fluid succession of stand-up, sketches, oral narration, hip-hop and rap. This patchwork of genres allows for an energetic and humorous performance that retraces the story of young spermatozoa, from birth to his fusion with an ovule. Described by Harris-Walters as “the unconventional lesson of puberty you wish you had in high school”, the story is also an endearing narration of personal growth and self-discovery. For the young performer, the keyword for his show is relatability, not only through humour and references to pop-culture, but also through the expression of universal themes that will speak to anyone in the public.

Look out for next year’s festival at https://www.danceumbrella.co.uk, and keep up to date with Watermans art centre’s program at https://www.watermans.org.uk.