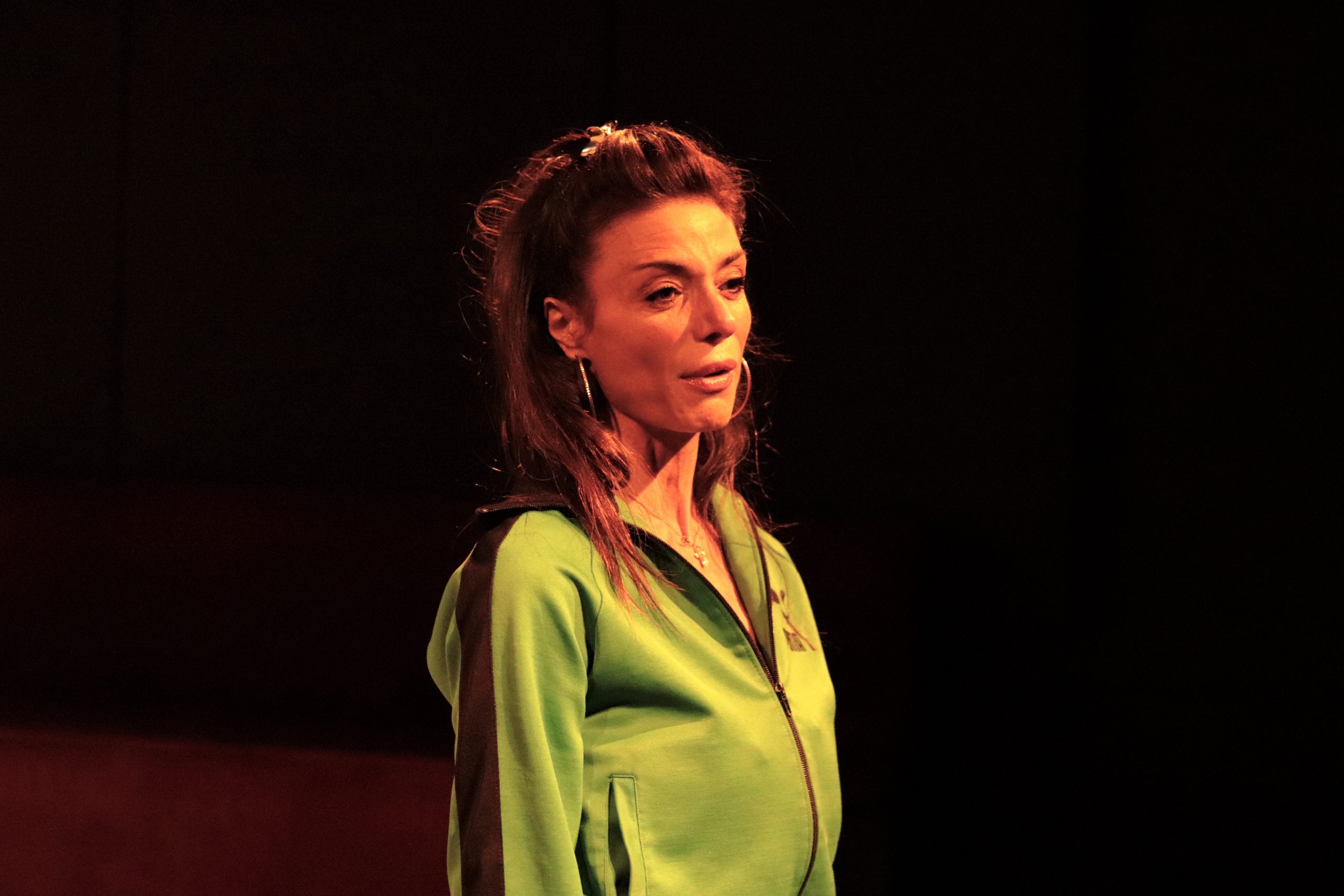 ‘Darkie Armo Girl’, a one-woman show both written and performed by Karine Bedrossian, offers an intense and intimate glimpse into the life of its creator. The play takes the form of a theatricalized memoir chronicling Karine’s life, accompanied by the retrospective analysis of the present-day Karine, who acts as our narrator. It begins by relating the recent history of Karine’s family – the Armenian genocide, her parents’ relocation to the U.K. – then chronologically excavates Karine’s development into adulthood. Karine paints a complex picture of her younger self; from the age of seven, she is already fiercely intelligent, proud, somewhat naïve, and very deeply hurt. As she grows up, she suffers multiple traumas at the hands of those around her: discriminatory school children, neglectful parents and abusive men. Despite her outspoken and glamorous façade, present-day Karine helps us to understand that our protagonist is in constant battle with a destructive urge to self-sabotage; and that despite her many friends, she feels incredibly alone.

There are plenty of themes in this real-life story that hint at wider political issues permeating contemporary society: for example, Karine’s narrative touches on racialized prejudice, the sexualization of teenage girls, and the kinds of male power abuses that are institutionalised within the entertainment industry. Karine’s story, in fact, could be a case study of intersectional oppression, exemplifying the complex and varied experiences that a woman of colour in the entertainment world grows to expect. However, Karine’s piece is not explicitly political; although her narrative gestures to the ongoing exploitation of marginalised women, the play is often couched in this one personal story.

For someone like Karine, who has suffered such dislocation and disempowerment at the hands of the institutionally powerful, the act of writing and staging a show that illustrates her own side of the story is potent. This isn’t the sort of story often prioritized by mainstream theatre. ‘Darkie Armo Girl’ is the form through which Karine chooses to reclaim her narrative by recalling the events that have shaped her life in the language that she chooses. This is a woman who refuses to be silenced; instead, she uses her myriad talents in the performing arts to tell her story, strikingly solo, on an intimately small stage.

There were a few artistic choices made by Karine and her team that I didn’t quite agree with; I thought that her allusions to specific triggering topics were sometimes blasé and require greater sensitivity. I believe, too, that Karine slipped into self-victimization at times, without interrogating the privileges that she does enjoy. Regardless, it was clear that for Karine, relating her personal memoir through the medium of theatre provided a therapeutic intervention through which she was able to reassert stolen agency; and none of my criticisms can undermine this. In choosing the stage, she allows – indeed, compels – a live audience to witness her survival; so that, together, audience and actor emerge stronger and wiser at the play’s end.