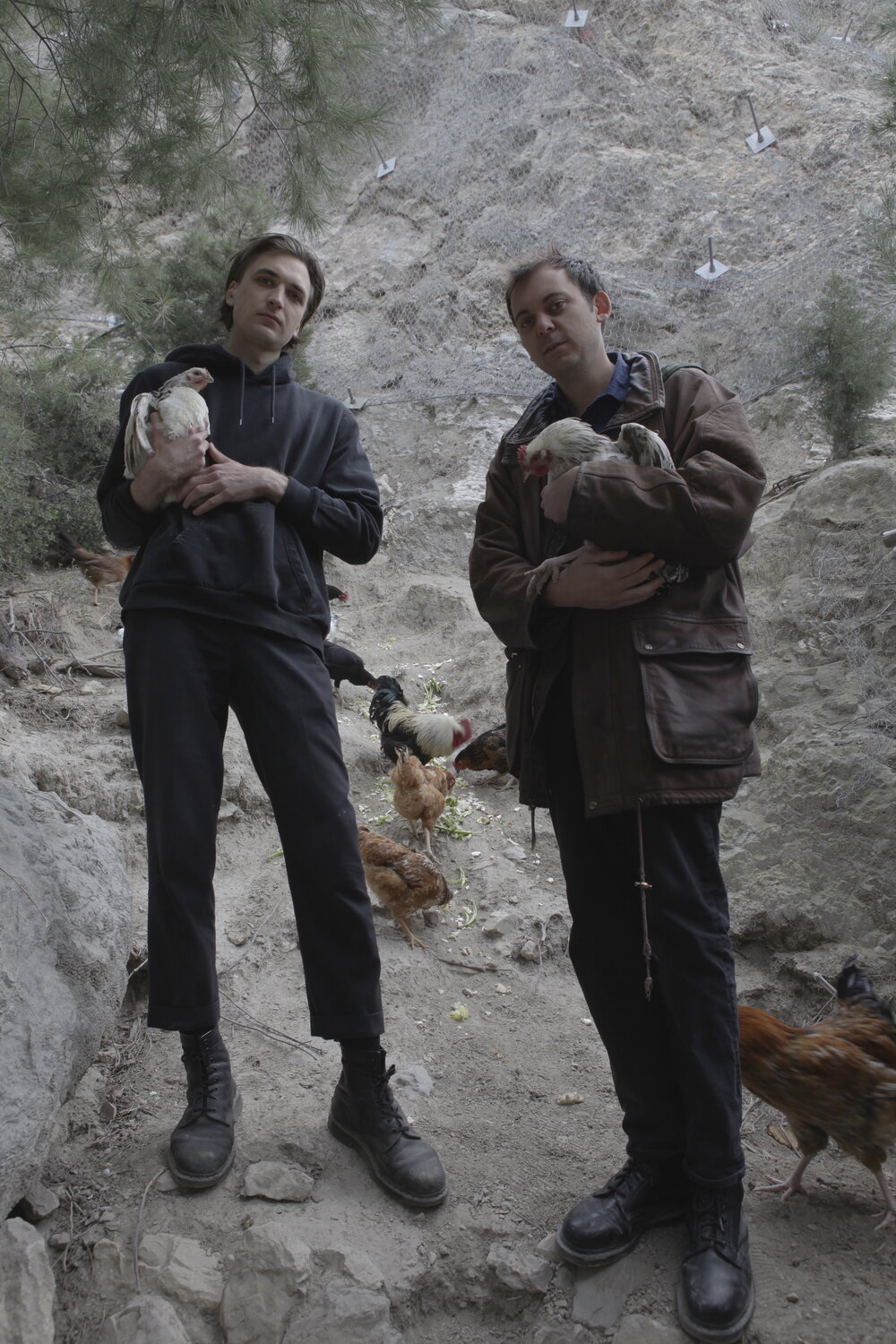 During the most isolating periods of the pandemic, bands reacted in different ways. Some bands collaborated via Zoom, or lived and worked, even recorded together in isolation. Toronto’s Deliluh, until this point in time a four-piece, suddenly became a duo. Bassist Erik Jude and drummer Erika Wharton-Shukster parted ways with the band, leaving Julius Pederson and vocalist Kyle Knapp with all the instrumental duties. The pair have spent much of this time in Europe.

Although Deliluh has done a lot of touring in the last year – including slots supporting Squid on their North American tour and Black Country, New Road – this headline tour of the UK, France, and the Netherlands is the first run to support the release of their new album, Fault Lines. Before the pandemic, the four-piece were a kind of post-rock, post-punk hybrid. Clean, drop-tuned guitars slugged under Knapp’s vocals. The records, for all their left-fieldness, sounded live.

I never saw Deliluh live before the pandemic, but at Hackney’s Moth Club, the inverse effect is observed. All the sounds are made live: distorted lap steel guitars, layered synthesisers, distant saxophones. But the overall product is as if a studio has been completely set up on stage – if you had told me that Erik and Erika left the band to make more room for equipment, I would almost believe it. The precision with which Knapp and Pederson meticulously recreate the sounds of Fault Lines is truly remarkable. And the duo’s fluency in dynamic control differentiated them from most live shows (i.e. compression on, volume up). Sometimes a whole song would be quiet and sparse, such as ‘X-Neighbourhood’, tensely pedalled by nothing but Knapp’s vocals and a repeating synth note, punctured occasionally by contrasting moments of thoughtful harmonic movement. Knapp’s saxophone solo at the end slotted into the spacey ether in an extremely satisfying way.

The irony of describing it as studio-esque is that on stage, Knapp cannot sing and play the saxophone at the same time. But at no point on the record do they co-occur either. While the form of Deliluh has shifted from ‘band’ to perhaps ‘project’, and their sound is more avant-garde than rock, the impression is still that they work within the new constraints of two people, rather than against them. What they may want to consider, however, is variation. At moments of intense performance meditation my attention drifted off towards the thought of work on Monday. Nevertheless, the pandemic story of Deliluh has been more curious than most. It’s hard to say what direction they will take next; we can be certain, though, that it will be interesting.