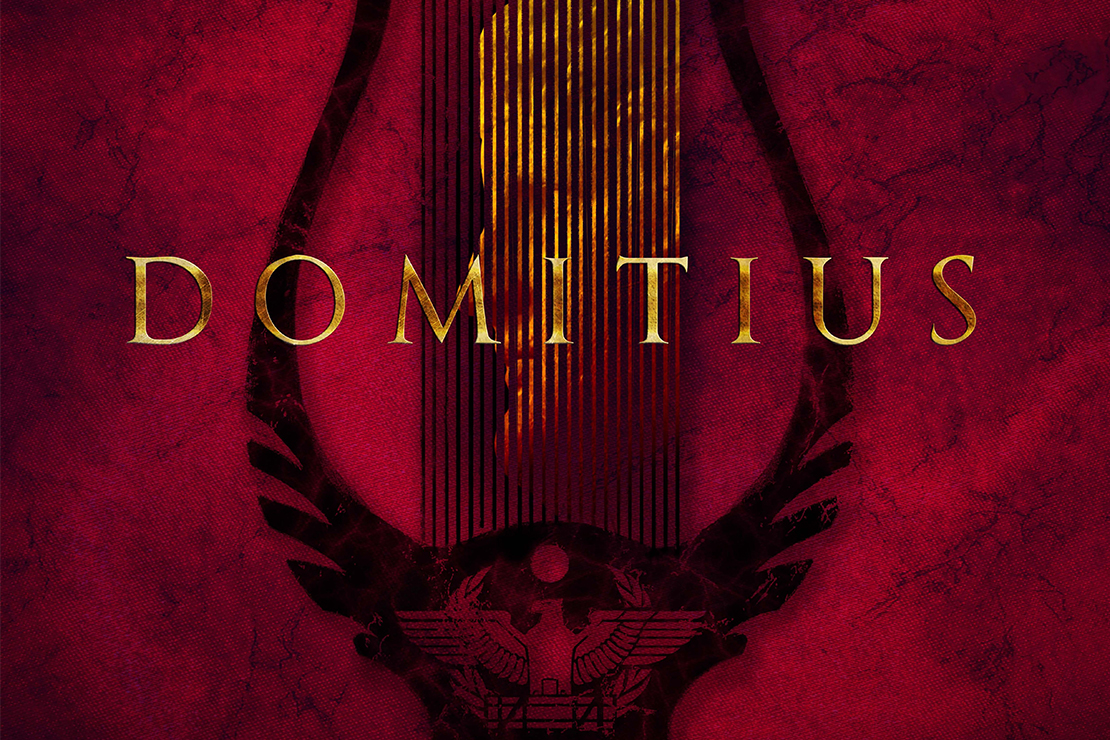 If you blink you might miss Domitius, because it’s only playing at the Conway Hall in Holborn for three nights from 6 August.  The story behind the production is almost as interesting as the premise of this newly penned musical, with a team of young theatre makers who are committed to bringing diverse talent into musical theatre.

Fresh ideas leap out from all sides of this production which puts a musical and contemporary spin on the little  known story of Roman Emperor Nero also known as Domitius . Henry Gu Cao, Lux Knightley and Luke McCormick who collectively composed, wrote and produced the show, home in on the darker aspects of Domitius’ rein, which the show revolves around. The scene for this slice of Roman life, is set in style, by the stage management team who use their imagination to conjure up the menace and pomp of the Roman Empire, with simple but effective stage design.

For a true- life story full of blood and guts, the plot in itself is a bit on the flimsy side and the show relies heavily on a long list of songs to fill in the gaps left by a sketchy script. In spite of the high jinks promised by the imposing red drapery of the Roman Empire that adorns the stage, the first half floundered.  There’s a bus load of characters – most of them not memorable.  Added to that, the songs lack real punch and the accompanying choreography is  lacklustre. Max Himmelreich ,  as Nero helped to lift the mood of a rather slow first half with an engaging performance,  and his serious singing chops worked well against the 70s/80s rock pop inspired musical score.

The thumping tones of the song  Aquila –opened the second half of the show and things just got better from here on in. Pithy  contemporary references were delivered by Max Himmelreich, with real zing, and Judy Blu as Poppaea, added to the dramatic intrigue with a magnetic performance. The musical content in this part of the show felt very “Hamiltonesque,”  with a rap inspired number – The greatest of them all served up in gladiatorial style by David Malcolm as Lucan.

Whatever reservations I had in the first half, by the end of the show I felt as if I’d had an entertaining immersive lesson in late Roman history, and all of my earlier comparisons of Domitius with the kids TV show horrible histories disappeared by the time I heard songs like Poppaea and Gratitude and Goodbye.

Even though the show is a bit rough around the edges the talented and enthusiastic cast, ably headed by Max Himmelreich give it their all and up the ante in the second half.

All in all, what’s not to like about a production team and show that wants to bring much needed diversity to musical theatre, which let’s face it, is seriously low on its melanin count.

Deborah is a London based lawyer and film blogger, currently finishing off her PhD in socio legal studies at Queen Mary University London