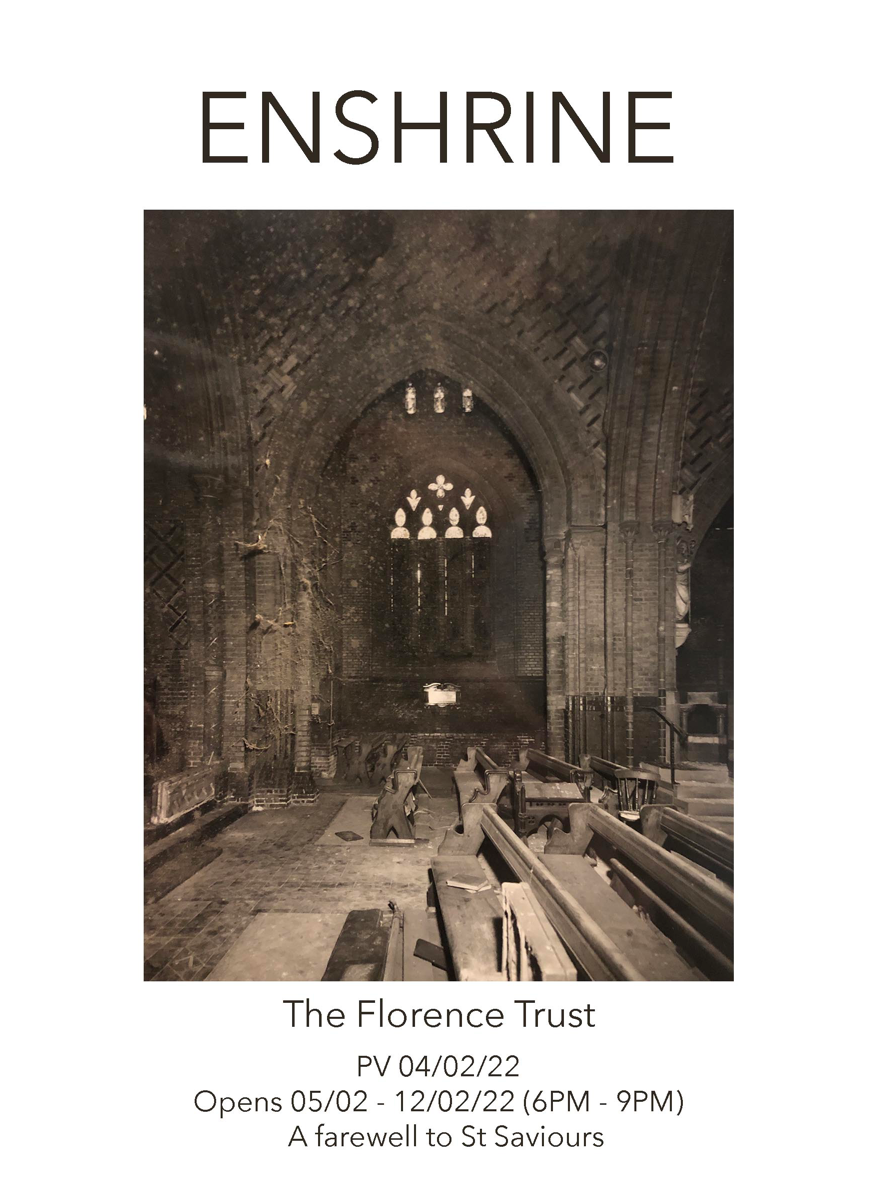 Have you ever noticed where birds rest? Flying high in the air, birds usually rest also somewhere high up, dwelling close to the edge of the sky and thus connecting heaven and earth. In this sense, birds have traditionally been regarded as the messengers of God. In Japan, people symbolically assigned a specific place for these special creatures to rest, known as the Torii (鳥居, birds perch), which marks the boundary between the sacred and the mundane land, and serves as the symbol and entrance to Japanese Shinto Shrines. As one would expect Toriis to typically be found in eastern settings, the unexpected encounter with the Torii in St Saviours Church was quite memorable from the start, for its unique juxtaposition of East and West.
Against a solemn backdrop of the 19th-century building with a glistening triptych lit only by delicate candle lights, a silent sublime filled the air prompting you to expect the Holy Ghost, in the form of a dove, to alight on the Torii at any time. This is how “Enshrine”, the collaborative exhibition by Yuka Namekawa and Steven Allbutt came to me at first glance.
Upon closer look, one can see that the exhibition was quite small and simple. Only three works were on display: The first is “Monumental Words”, a piece of recycled studio timber with broken concrete casts of “Das Kapital” and “The Bible” in a box. Across from it is “Enshrined”, a resin-covered copy of “Das Kapital” found in a charity book shop; and sat between the two is the Torii “From the Mundane to the Sacred and Back Again”, made of recycled paper, wire and led lights.
Despite the simplicity of the visual, the symbolism within each piece was profound. It seems like the act of walking through a Torii has the connotation of Misogi (禊, the ritual of purification), implying the Torii is not merely a gate, but a gate that purifies people as they pass through it. Under it, going back and forth, I experienced the sensation of transferring “from the mundane to the sacred and back again”, as the title suggests. It also occurred to me that we always look back after passing through somewhere, like a tunnel, reflecting on our passing days and our pasts. Even with the lesson of the myth of Orpheus, we cannot help but always look back. As I shifted my gaze under the Torii, broken casts of Das Kapital and the Bible, hardened like ruins appeared on the edge of my vision. What does this juxtaposition between the Bible, which represents a traditional religion, and the Capital, which has become our new religion, represent? What kind of divinity have we secularized and what kind of secularity have we sanctified? Without any answer, the Torii, the opaque boundary between the past and the future, glimmered under the weight of the church.
The title of the show, “Enshrine” also evokes a unique feeling, since enshrinement always refers to the remembering and the preserving of someone or something that is valuable and admired. As the last ever show organized by The Florence Trust at St Saviours Church, the exhibition itself enshrines 33 years of the precious memory and history of the organization. Founded as an educational charity by painter Patrick Hamilton, the trust opened its doors to artists in 1990, providing a year-long residency for 12 international artists ever since. Two such artists, Yuka Namekawa and Steven Allbutt met at The Florence trust on their residency in 2008/09 and married in 2014. By encapsulating all the memories of the church for the last time into a poetic image, it can be said that they once again enshrined what had already been enshrined, and referred back to the quote that inspired the artist Patrick Hamilton to found The Florence Trust:
“Unless one says goodbye to what one loves, and unless one travels to completely new territories, one can expect merely a long wearing away of oneself and an eventual extinction” (Jean Dubuffet)
With the enshrined memory as such, The Florence Trust will certainly move forward, unwaveringly in search of a new home, so as to avoid their own “long-wearing away” and “eventual extinction.”

For more information about The Florence Trust and the artists, please visit: http://www.florencetrust.net/

Exhibition Poster for “Enshrine”. 2022. Image provided by: The Florence Trust

Sun A Han is a volunteer writer for Abundant Art. Originally from South Korea, she discovered her passion for art at the age of ten, by encountering Picasso’s masterpiece – “Guernica”. She is currently pursuing a master’s degree in Art Theory and Philosophy at Central Saint Martins. As a writer, she aspires to write about art that heals the soul, touches the heart, and gives voice to the oppressed.