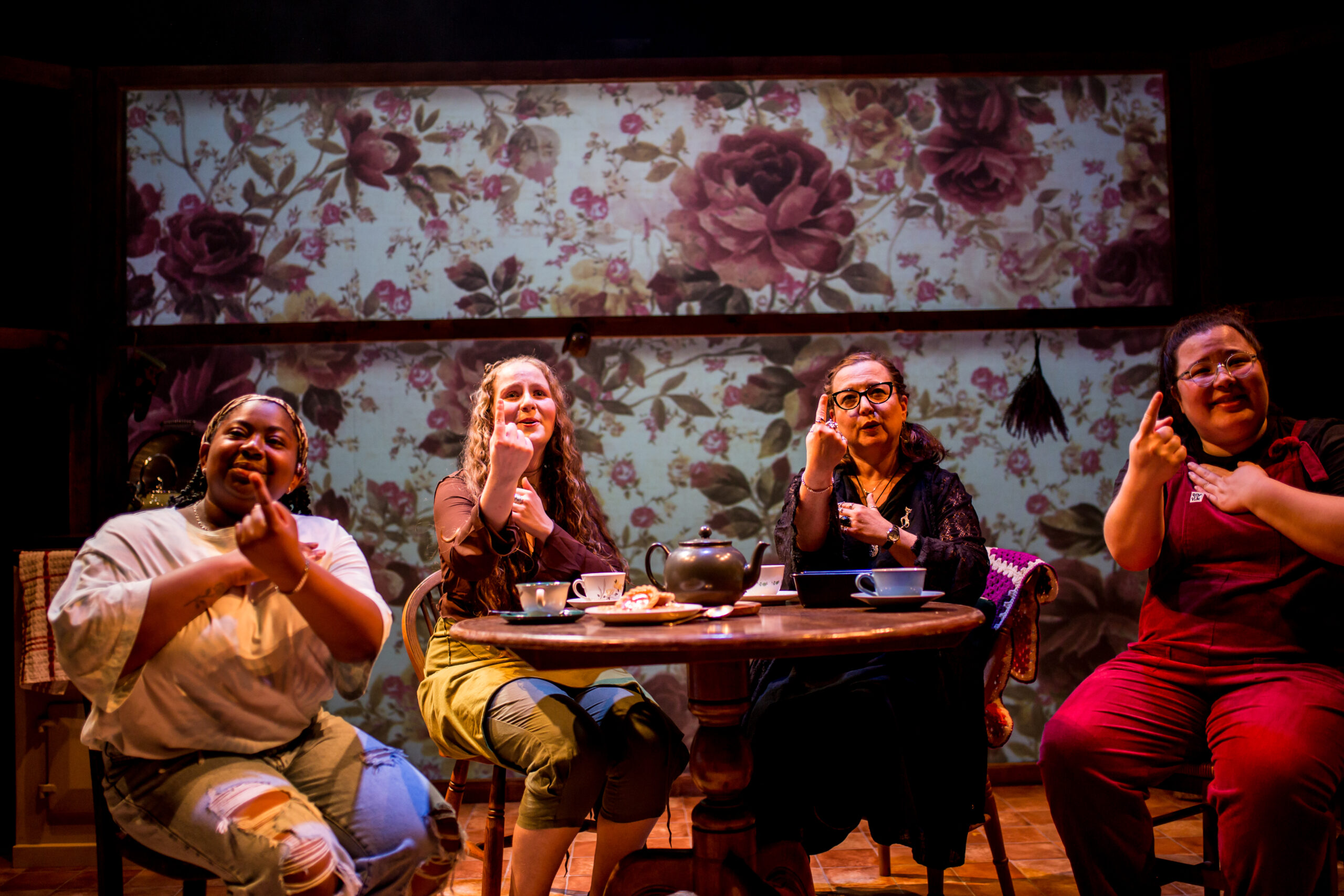 Four giggling and playful witches gather around tea and biscuits in their cottage house to celebrate the New Moon. They make fun of the public and play around as they introduce themselves to us, warmly sharing the complicity of their group. It is through this witty and cosy setting that the play ‘Everyday’ tackles the question of domestic abuse on deaf women and non-binary people. One after the other, the four witches share their stories that Director and writer Paula Garfield crafted from real testimonials of deaf survivors that were interviewed for the project. This powerful play celebrates the 20th anniversary of the British Sign Language theatre company Deafinetly, the first deaf-led company in the UK that works bilingually between BSL and spoken English. Their beautiful projects are accessible both to the deaf community and people who do not practice BSL, and mix the two languages in an extremely creative, visual and compelling way.

Every single one of the four stories had a different tone and style of conveying emotion, and they all succeeded at delivering gut-wrenching testimonials to which it was difficult not to shed a tear. Shadow’s (Cherie Gordon) monologue in BSL, dubbed in spoken English, was able to transmit all the angst of a child that witnesses her mother being abused. Pan (Bea Webster) told their story through a silent re-enactment of how their grandfather sexually abused them as a child. Their silent struggle and repetitive desperate body movements acted like a bewitching and terrifying dance that told the most unthinkable of stories. Lady Aine’s (Fifi Garfield) story of surviving a violent marriage was full of tension and suspense and will have you tense from beginning to end as you hope that she will manage to escape her house. Finally, Aislinn’s (Zoë McWhinney) story about an abusive boyfriend shows the rapid decline that a loving seemingly loving relationship can take. The witches conclude their story by getting back to their party and sharing one last powerful message: “if you need our help, let us know”.

The theme of the witches could not have been chosen better, as not only does it have a singular aesthetic that gave a lot of personality to the play, but also because of what it represents. The witches were the women who were burnt at the stake and who were only met with feminicide and violence, and yet they have now become a symbol of community and feminism. Similarly, the four people in the play have survived male violence and thrive in a new environment of sisterhood and community where they “perform witchcraft” by raising awareness on the subject and telling their stories.

Overall, the play created a beautiful and cosy experience while still tackling an immensely heavy subject. It gave a voice to the many deaf women and non-binary people who are twice as likely to be victims of domestic violence, in a period post-Covid where statistics on abuse have increased. The play will be on tour at New Diorama Theatre (16 May – 11 June), Birmingham Rep (16-18 June), York Theatre Royal (21-22 June), Northern Stage (24-25 June). Get your tickets at https://newdiorama.com/whats-on/everyday