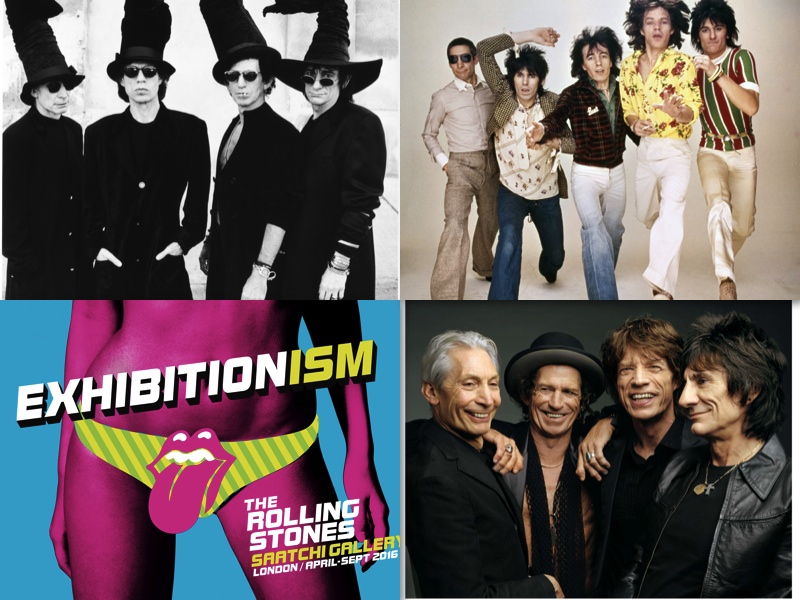 We are delighted to share with our readers an article from one of our followers and guest contributors. Thank you Arita Mukherjee.
If any of you were at The Rolling Stones Exhibition at the Saatchi Gallery, share your experience with us.
Exhibitionism: a dream come true
The scene is a dimly lit, tiny one bed flat in Edith Grove, Chelsea. There is a dank, stale odour from the discoloured, mouldy walls. The beds are unmade, cigarettes stubbed out in half eaten plates of food, a mountain of dirty dishes and chicken bones piled high on the dirty sink next to a filthy, death-trap gas cooker. And a smattering of 60’s Blues records in one corner of the room…
Welcome to Edith Grove, circa 1962, part of the reconstructed first ever flat in Chelsea shared by the greatest rock and roll band in history – The Rolling Stones. This is the first glimpse of the recently concluded, Exhibitionism at Saatchi Gallery, London – the largest exhibition of memorabilia from The Rolling Stones.
Curated over two floors the exhibition celebrated the Stones’ artistic collaborations in music, art, design, fashion and films. Straight after the revolting Chelsea flat, we moved on to a superbly atmospheric reconstruction of Olympic Studios in Barnes, south-west London, where fans had an opportunity to select a Stones track and move sliders to remix the sound through headphones. This was followed by a selection of film clips introduced by film director Martin Scorsese which immersed us in the rampant excess of the band’s late Sixties-early Seventies peak!
It was great to go behind the scenes and see an entire room dedicated to the development of the now iconic mouth and tongue logo, with a huge mock up throbbing with projected colours and textures. Designer John Pasche describes how Mick Jagger came to him with the idea for a logo based on the Hindu God Kali, and they ended up with the now iconic lips and tongue logo. The art and design section on the first floor was a reflection of the cultural influence of the band spanning decades. There’s acres on the great artists, designers and photographers they’ve worked with over the years – from Andy Warhol, Dior, Prada, Richard Hamilton to David Bailey and Gered Mankiewitz, whose stark, mod-era photography played a significant role in establishing the band’s early image.
Finally the exhibition culminated in a mind blowing backstage and 3D simulated Stones concert experience. Truly, Exhibitionism was a treasure trove of the most multi-sensory barrage of Stones stuff any fan can dream of!
Arita Mukherjee (guest contributor)
Images:The Rolling Stones archive