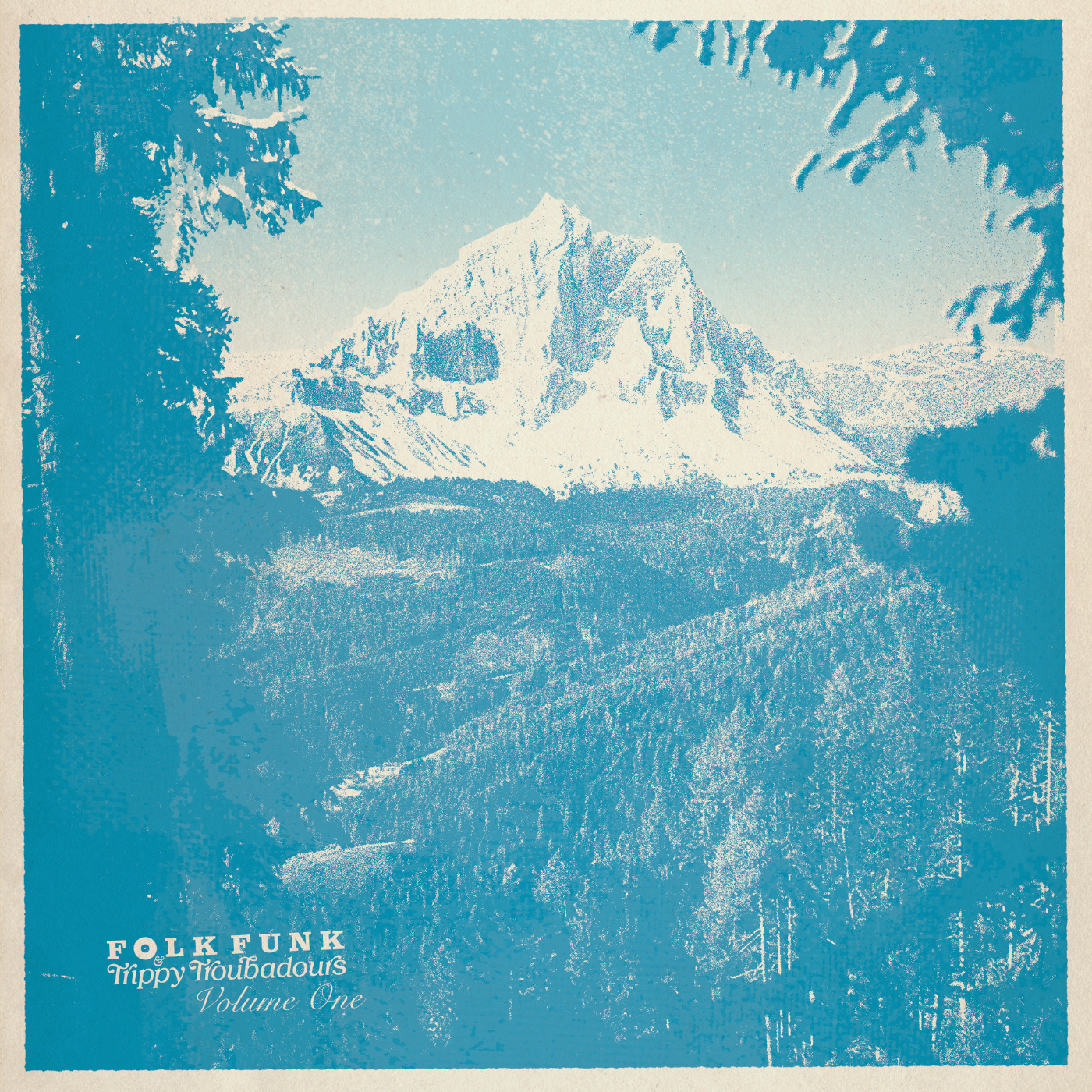 A few months ago, I saw a man sitting with his back against the handlebars, peddling backwards so that his bike moved forwards on the main road; he was facing the wrong way, but turned his head periodically so that he could see in front of him (or behind him, depending on how you interpret the scenario). This is an apt metaphor for the musical vocation of Paul Hillery, at least more so than the image of someone sitting in a backward-facing seat on a train. Hillery is no passenger on the inexorable yet comfortable train of life but instead propels himself forward, with his eyes fixed firmly on the past. Only infrequently he labours to crane his neck in the direction he’s travelling, kind-of-but-not-completely-sure of where he’s going. I’ve never met him, but that’s the impression I get from listening to his compilation of Folk Funk and Trippy Troubadours.

Hillery describes the ‘folk-funk groove’ as ‘sound[ing] like it has one leg shorter than the other’ and adds that he included ‘Trippy Troubadours’ for ‘wiggle room from the genre police.’ (He doesn’t mention, however, why the genre police’s opinions are of concern to him.)  Nevertheless, Hillery’s large-scale crate excavation of psychedelic sounds is immense, and ranges from the literal crates of record boxes and tapes to the metaphorical crates of the internet – the latter potentially more intimidating than the former. In the blunt nostalgia of the compilation and the kookiness of its title, Folk Funk recalls Nuggets: Original Artyfacts from the First Psychedelic Era, 1965-1968, the garage rock compilation released only four years after the first psychedelic era supposedly ended.

Like Nuggets, this documentation of folk-funk lays bare an obsession with a specific type of rhythm, melody, and sound. And as with much fandom, the capacity of the stan (in yesterday’s parlance: ‘fanatic’) to differentiate what is really good from what merely satisfies his urge to discover more of what he’s looking for is not always good. But even a clock with one hand shorter than the other—but not in the right way—is right at least twice a day. Seriously good highlights include openers ‘Space Out’ and ‘Mr Sadness’, ‘Blue Sunny Sky Day’, and the admittedly too catchy ‘Sweet Sweet Stay A While’. A personal favourite is ‘Clouds Lift’, and another is ‘Cherry Blossom Oak’, which was actually only written and recorded in the last five years.

The attempt to rewrite history with the trippy troubadours that should have found fame instead of those who did falls flat at a few points. But Hillery’s commitment to finding the best of this oddly specific yet also quite broad sound is remarkable. Like with an actual archaeological dig, very little of what you see when digging crates is of value. Of that which is valuable, its value will be only to those with niche expertise (e.g. archaeologists and academics). Still, nuggets of gold with universal appeal will emerge from the labour. While we may look with confusion at the backward-facing cyclist, who surely awaits a collision, we can marvel at his commitment regardless.