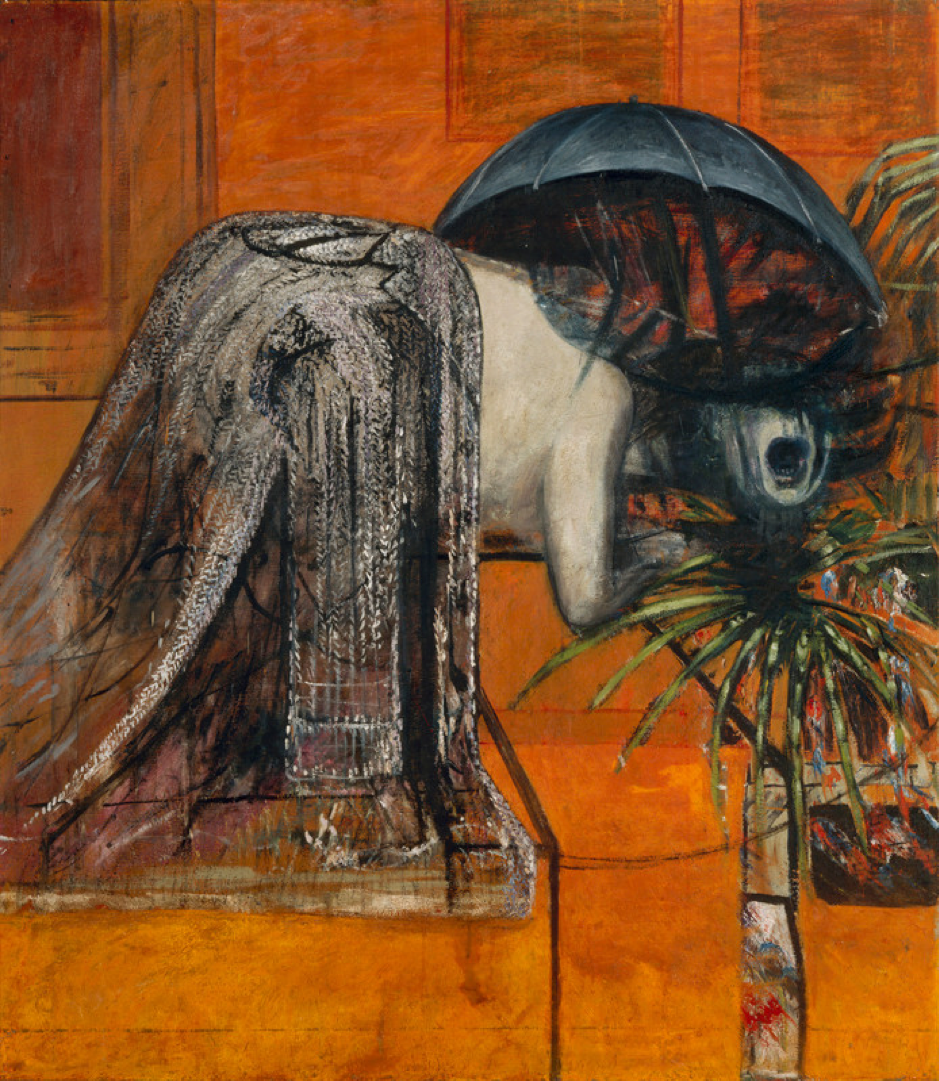 Beasts, violence and carnality: The Royal Academy is currently exhibiting Francis Bacon’s famously gut-wrenching works with the new exposition “Man and Beast”. The artist blurs the line between human and animal, showcasing unnervingly monstrous humanoid figures in contrast with animals full of expression and humanity. A very human horror show of flesh and beastliness that shows us Bacon’s vision of the human: “We are meat, we are all potential carcasses”.

At first glance, one might claim that the figures are the furthest thing from human: we do not want to associate ourselves to those contorted screams, raw flesh and monstrous deformities. However, the creatures chillingly hold some undeniable human features, such as teeth, lips or ears. We have to face the harsh truth: we are indeed looking at a human, at ourselves, the ugliest and yet most real version there is. Something in the muted screams of the paintings is extremely relatable, and acts as an expression of the violence typical of human nature that we all hold inside and die to express. Even religious themes, such as the head of the pope or the crucifixion are stripped of their spiritual meaning and turned into representations of violence. In contrast, animals are represented as curiously full of humanity, as they adopt humanoid poses with a vivid spark in the corner of the eye. Once again, the line between man and animal is erased.

A common characteristic ties all the subjects, whether human, animal or beast: They are all seemingly in motion, and even the canvases seem to be barely able to pin them down. The strong and repetitive brushstrokes as well as the different contrasting colours give an impression of strength, vitality and violence in movement, which is further explained by the fact that Bacon used stop motion images as a base of study. The creatures represented are hardly pinned down by the canvas: they are agitated, violent and loud.

The exhibition works chronologically and thematically, and gives a rich biographical insight to the works exhibited. It is usually preferable to avoid any comparison between an artist’s life and their work, as it can often take away from the universality and the message of their art. However, Bacon’s paintings are so intimate and raw, and modeled on personal people in his life, that the biographical aspect of his work is hard to ignore. Born and raised in Dublin in a horse-breeding family, he learned everything there is to know about life by observing dogs and horses: birth, violence, sexuality and death. The exposition retraces his tormented life, from his experience of World War II to his dangerous asthma, as well as the deaths of friends and family, his tumultuous love affairs and the discrimination faced because of his open homosexuality.

This exposition is a chance of rediscovering the artist for those who are already familiar, and a perfect introduction for newcomers to his core ideas and signature style, as well as his biography. Get your tickets at https://www.royalacademy.org.uk