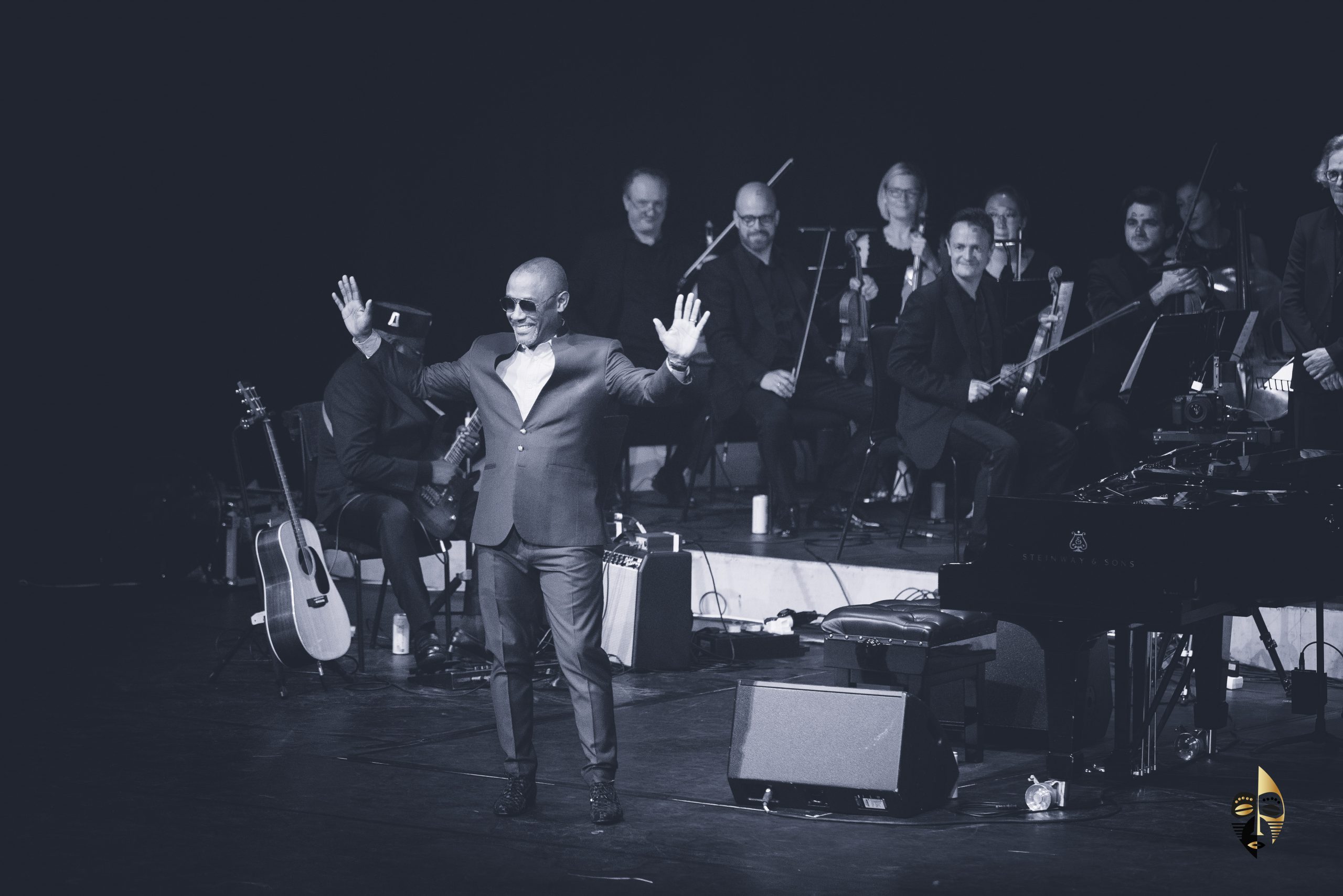 Although the Bantu Jazz Orchestra was only assembled in 2017, Gabon’s Frédéric Gassita has been making music for over three decades. He was the third (ever!) African student accepted at Berklee College of Music, in Boston, in 1988, and is the president of the African Music Institute in Gabon’s capital, Libreville. But that’s nothing 30 seconds skimming Wikipedia won’t tell you. For the sports fans out there, he’s instantly recognisable as the founder and president of Gabon’s best football club, Akanda FC. He also used to be their striker, and was apparently the Gabonese league’s top scorer, once upon a time.

Presumably rushed off his feet, with one in the realm of sport and the other in that of music, Gassita’s performance at London’s Barbican was the Bantu Jazz Orchestra’s first ever performance outside of the African continent. Outside of this ensemble, however, he can include recording with the London Philharmonic Orchestra and London Symphony Orchestra amongst his achievements. The Bantu Jazz Orchestra is a big band, and features the Eben Voices of Gabon Choir, some guest vocalists, and a dance troupe.

There cannot be many terms as loaded and misunderstood in Europe and North America as ‘African Jazz’. Perhaps part of the complexity of this issue lies in the tension between African artists championing the unity of their musical tradition’s (a good thing) while also highlighting the vast diversity in the musical traditions of African peoples (also good). Without a doubt, on hearing the term, many will instantly think of Afrobeat, popularised by Nigeria’s Fela Kuti, and his children and influencées who followed in his rhythmic rave and loud political voice. This is why one might be surprised at the subtlety of Gassita’s music – he blends the Western Classical tradition with jazz and Gabonese harmonies and rhythms in an enticing way. Gassita’s compositions clearly demonstrate his confidence in a wide range of musical styles. One composition can feel like the soundtrack to a film that doesn’t exist, yet five minutes later the same composition can have everyone up and dancing.

One question after seeing Gassita’s orchestra is, ‘Why might one come to a show with preconceptions of what African jazz is?’ After all, blues and jazz were developed by Black performers involuntarily removed to America and indentured as slaves in the United States. African harmonies, structures, and rhythms are integral to these traditions and ultimately all popular music today. To witness and appreciate the Bantu Jazz Orchestra with a beginner’s mindset, with nothing but an appreciation and reverence for Gassita’s composition – his own interpretation of African jazz – is a great pleasure. And the glimpse we saw of his understated personality was brilliantly charming.