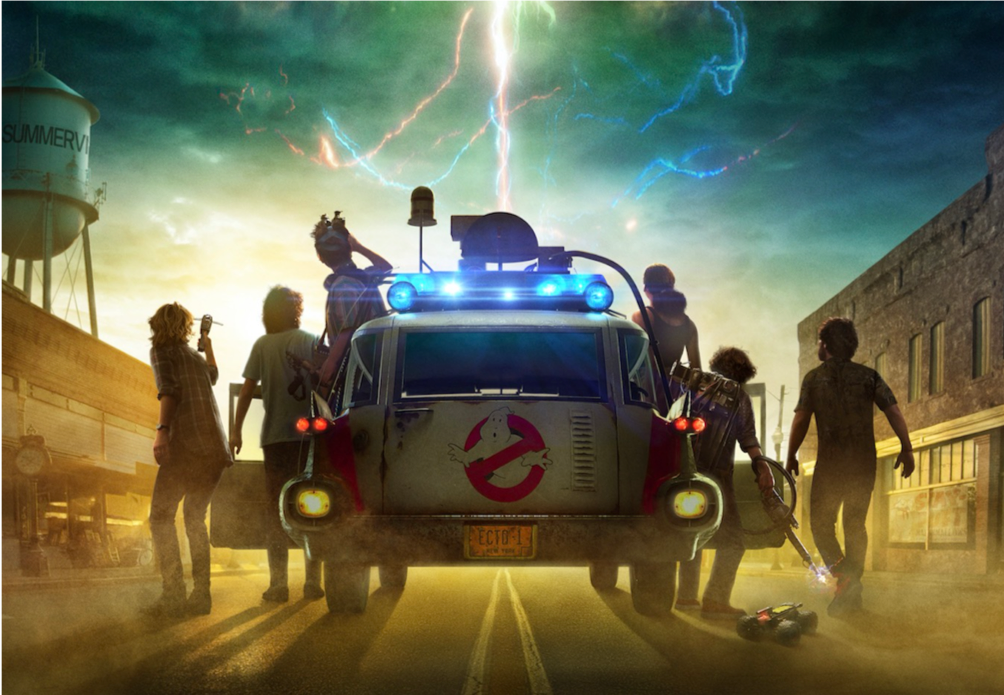 Released on 19th November the silver screen sees the revival of one of the most beloved franchises of the ’80s with Jason Reiman’s new sequel “Ghostbusters: Afterlife”. This modern take on the Ghostbusters movies is a coming-of-age story of a group of kids who learn how to become the new generation of ghost catchers.

The events occur in 2021 when following the mysterious death of Egon Spengler (a former member of the Ghostbusters), his daughter and grandchildren are forced to move into his decadent house in the countryside for financial reasons. Callie, the mother, (Carrie Coon) is a single mother with a sarcastic sense of humour who does her best to keep her head out of the water financially. Trevor (Finn Wolfhard) is your stereotypical awkward moody teenager who tries his best to make friends in the new town, whilst Phoebe (McKenna Grace) is a twelve-year-old genius who quickly picks up an interest in her grandfather’s obscure ghost-chasing business. Along the way, she meets Podcast (Logan Kim), a geeky kid passionate about supernatural events and Gary Grooberson (Paul Rudd), a seismologist intrigued by parapsychology. The movie follows her adventure investigating the mysterious earthquakes that are shaking the town, which results in the discovery of a world-threatening prophecy that must be stopped at all costs.

The film is a light-hearted comedic action story that will charm everyone, from younger audiences to older fans of the original movie. The team of kids has chemistry and the progressive unveiling of the clues left by Phoebe’s grandfather will keep you intrigued until the end. Although being centered around apocalyptical events, the movie maintains a fun and humorous tone that will make the audience chuckle throughout the movie. McKenna Grace’s performance as an emotionless child genius makes her a very lovable and believable main character.

There is no denying it, saying ‘Ghostbusters’ is like saying ’80s nostalgia. The movie is dominated by a retro aesthetic despite being set in 2021, and the trope of a team of children going on an adventure to save the world in their hometown is quite similar to what you would find in 80’s classics such as The Goonies or ET. It also goes without saying that the nostalgia is strongly conveyed through references to the original Ghostbusters movies that go further than a few easter eggs. The main characters spend the movie figuratively and literally chasing the shadow of their grandfather, using the same gadgets of the original Ghostbusters and hinting that they will pick up the mantle of their predecessors. Four beloved characters played by equally beloved actors also make a small appearance that will delight the fans. Despite, its reference to the earlier ‘Ghostbusters’ this movie has an identity of its own with innovative new characters and dynamics as well as a completely different location and plot.

The first part of the movie introduces the Spengler family, who have compelling and very relatable dynamics, such as Trevor‘s typical teenage awkwardness, Phoebe being an outcast because of her intelligence and Callie’s struggles to save the family’s financial situation as a single mum, as well as her struggle dealing with her own father’s absence. This first half of the movie is rather grounded in reality and uncovers supernatural elements little by little, which is why I was surprised by the finale, which becomes an extremely fast-paced and CGI-packed action climax. The mysterious events that the kids were investigating come to light, which leads to confusing action sequences led by a sudden and slightly dull appearing villain, that was hard to follow after a while.

Overall, the movie is a feel-good action story for the whole family to watch during the holidays. Cineworld Greenwich is currently screening the film on Screen X, a 270° film experience that will immerse you into the real essence of the action. Get your tickets at https://www.cineworld.co.uk/cinemas/london-the-o2-greenwich/077#/buy-tickets-by-cinema?in-cinema=077&at=2021-11-23&view-mode=list