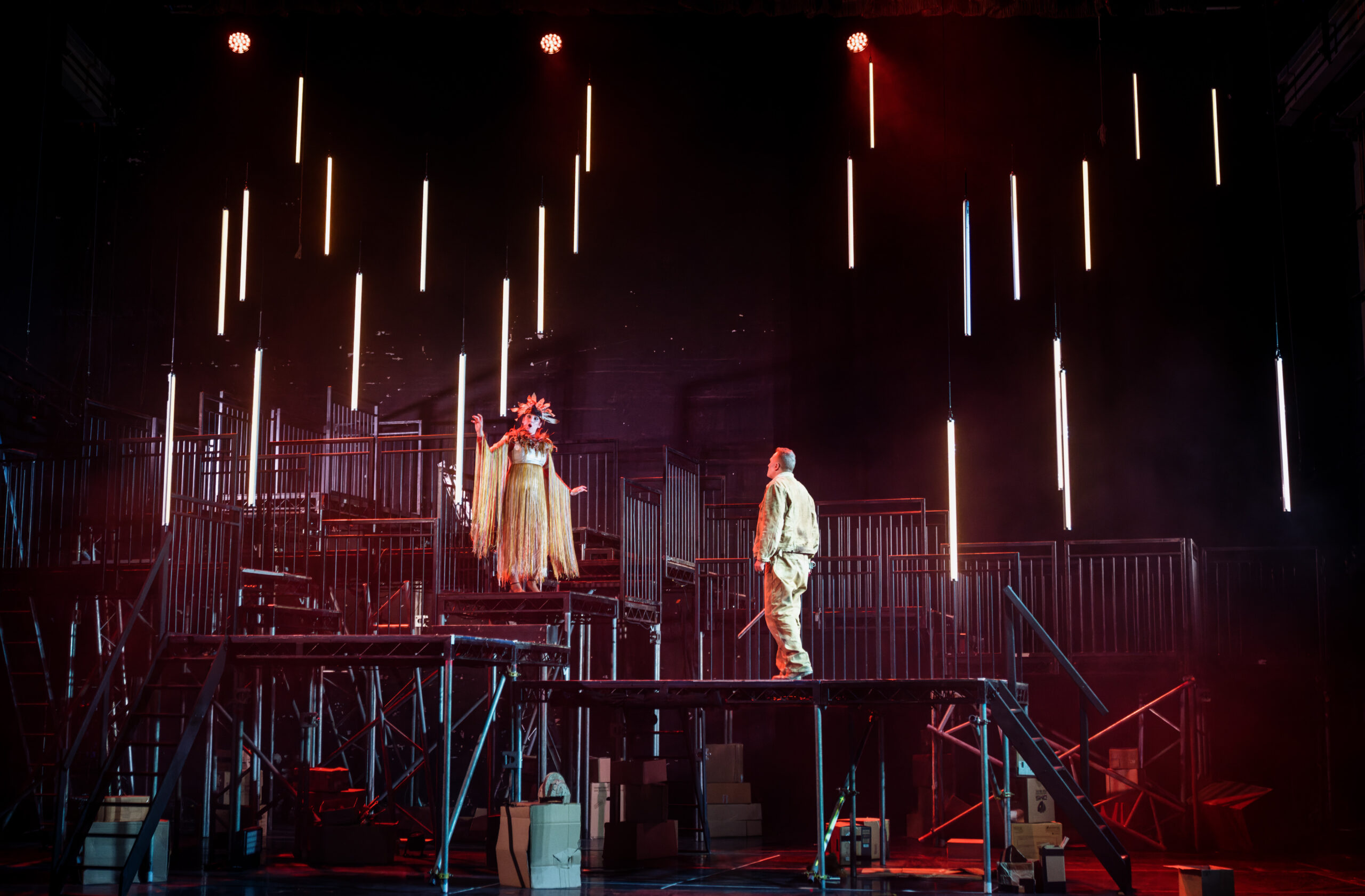 If you didn’t fancy an outing to the Glyndebourne country house in East Sussex, or paying up to £270 for a ticket to the opera (!), the artsy London type might find themselves instead at Grimeborn. Grimeborn is held at around the same time as the famous Glyndebourne festival each year, but is borne out of the grimy, urban backdrop of East London. One may wonder if this meant grime adaptations of classic operas (JME as Don Giovanni, anyone?) but in fact it’s just a slightly tasteless pun on and evidence of the hyper-gentrification of Hackney.

It was conceived of by Arcola Theatre’s artistic director Mehmet Ergen, and its first performances commenced in 2007. A far cry from the dominant pop cultural view of opera, this year it is showing ‘thirteen operas, four new works and ten female directors from a variety of traditional favourites and new tales from across the globe.’ The most expensive tickets to the final two parts of Wagner’s Ring cycle would set you back £60 each – with the cheapest being only £17 – yet not even two-figure ticket prices can keep the wealthy socialites of yesterday (and the day before yesterday) away from their beloved Wagner. One couldn’t even resist tapping my girlfriend’s shoulder to tell us to turn our phones off before the lights had gone down.

Arcola referred to the double bill as a ‘reduction’, directed by Julia Burbach and conducted by Peter Selwyn. Ordinarily, both operas would be much longer than they currently stand. Siegfried lasts two hours without an interval, and Götterdämerung (‘The Twilight of the Gods’) two hours and 45 with a 20-minute interval. Add to this a two-hour break between the two operas, and you have a day and evening out.

For those who don’t know, The Ring is a four-part epic cycle of opera written by Wagner over more than two decades. It borrows heavily from Germanic and Nordic legend and mythology, and is rife with elves, dwarves, and swords, as well as a ring that grants you world domination. I’m sure Tolkien took plenty of notes, but supposedly he said, ‘Both rings were round, and there the resemblance ceased.’ Whatever you say.

The vocal and instrumental performances of both operas were superb. The eponymous Siegfried was a captivating and indignant lost boy as he slew the dragon Fafner and chased after Brünnhilde on a mountaintop surrounded by flames. The scheming blacksmith Mime was fidgety and anxious; the god Wotan, disguised as ‘The Wanderer’, was austere and looming. Very Gandalf-ish. Götterdämerung is a tale of deception and betrayal: Hagen, wanting the ring from Siegfried, convinces his half-brother, the king Gunther, to seek Brünnhilde’s hand in marriage. So they give Siegfried a drink which makes him fall in love with Gunther’s unmarried sister so that they would arrange a swap of sorts.

The second half of The Ring works well as a pair because the first is so action-driven and the second so dialogue-driven. Every actor was well-cast and was in atemporal dress, as so often is the fashion in contemporary theatre; the set was bare yet potent, but didn’t subtract from the epic fantasy ambience of The Ring. Rods hung from the ceiling on ropes, changing colour as appropriate to the various settings – e.g. fire or a forest.

The name of Grimeborn may reek of Hackney’s ironic self-flagellation, and The Ring may have attracted the typical Wagnerites, but as a cultural and social force it bodes well for opera. While the Young ROH scheme is designed to get young people hooked before hitting them with £100+ prices when they hit 26, Grimeborn indiscriminately delivers powerful and reasonably priced performances. Whether the less affluent of Hackney will take to it is an immanent question in its own right, but I would call it objectively fantastic that the opportunity is there.

Reviewed by Cian Kinsella-Cian is a Classics teacher and part-time pub quizmaster living in London who is primarily interested in music but is also interested in theatre, literature, and visual arts. He is particularly intrigued by the relationship between art, criticism, and the capital forces always at play. Furthermore, he believes that subjectivity – which is ultimately at the heart of all artistic and cultural criticism – should not be concealed, but probed and perhaps even celebrated. Who decides what we like? How do they construct widely held beliefs about what is good? These are two of the questions Cian looks to address.