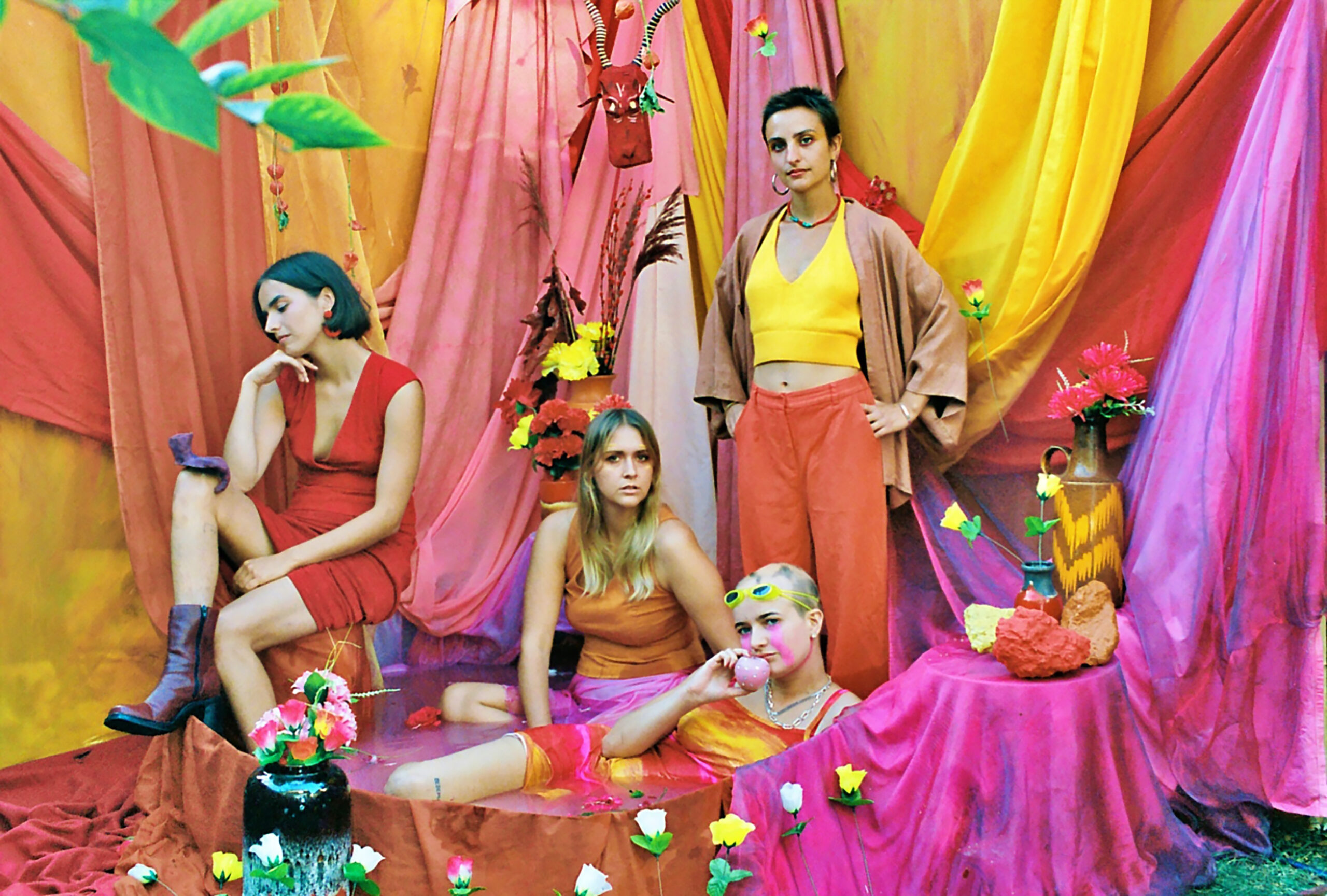 In the Round Festival at The Roundhouse : Post-Punk Band Goat Girl – Review

The Roundhouse recently hosted the In the Round festival, which showcased eight performances and ran from the 15th to the 24th of January. On Monday 18th, the stage was taken over by the post-punk band Goat Girl, preceded by two support acts by Flaneuse and PVA. Goat Girl is an eccentric band of post-punk music, composed by bassist Holly Hole (Holly Mullineaux), vocalist and guitarist Clottie Cream (Lottie Pendlebury) and guitarist L.E.D. (Ellie Rose Davies). The trio showcased all their talent and charisma with a performance that delighted fans and definitely won over the hearts of those who had come to discover them.

The venue’s unique circular structure has the seats surrounding the round stage in an arena-like setting that gives a certain intimacy to the performance. Having the artists at the centre of the room with the liberty of movement at 360° degrees was highly entertaining. The show opened with two supporting acts by Flaneuse and PVA, whose ethereal and dreamlike performances acted as a perfect prelude for the night. They welcomed and introduced the audience to the musical universe of sonic experimentation that we were about to experience that night.

The pattern of the show was easily identifiable: it put on stage young talented musicians, with the artistic and alternative vibe so distinctive of the punk-artsy youth of London. Flaneuse, whose serene and dreamy tracks you can listen to on Soundcloud, was a delightful new discovery for the public. Followed the trio PVA, who gave a performance full of sentiment that mixed funky digital music, instruments and mumbled vocals.

Finally, Goat Girl’s awaited appearance on stage was welcomed by loud cheers from the audience and didn’t disappoint. Their one-hour performance was a whirl of cord instruments and electronic music that was as melodic as it was sinister. Their psychedelic colourfulness mixed with dark and unsettling elements flawlessly expressed all the contrasting emotions and angst of being young. Despite its seeming absurdity and surrealism, their songs always dig deeper and are a way for the band to express their political concerns. Climate change, mental health, Black Lives Matter, British politics, feminism, and transphobia: the trio is not scared to voice their opinion on a patchwork of different political issues that matter to them. With this curious mix of bizarre “outerworldness” and grounded politics, Goat Girl beautifully gives voice to the uncertainty of a young generation trying to find their way in a broken world.

Check out our interview with the band’s Holly Hole here: https://www.abundantart.net/all-interviews/goat-girl-headline-in-the-round-festival-tonight-at-the-roundhouse-in-conversation-with-the-bands-holly-hole/