Is God Is, a new colourful blood-tainted drama at The Royal Court Theatre – Abundant Art 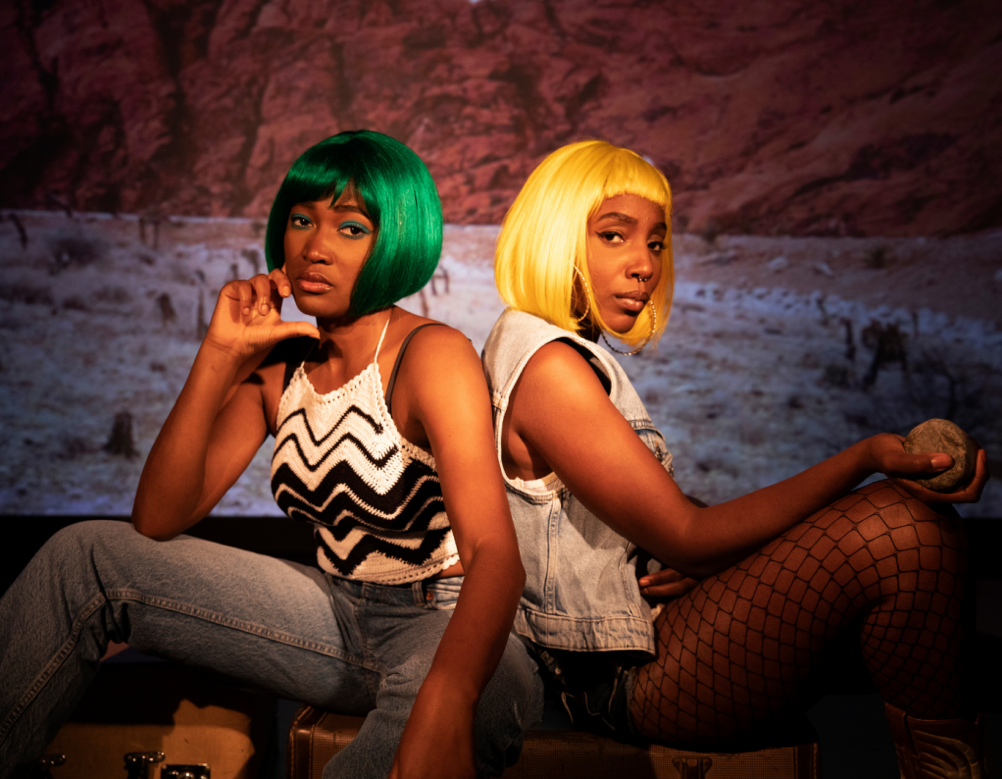 Is God Is, a new colourful blood-tainted drama at The Royal Court Theatre

The Royal court theatre is currently being taken by storm by Ola Ince’s and Aleshea Harris’s fiery play “Is God Is”, winner of the Relentless Award and Obie Award for playwriting. Follow the blood-trail of twins Anaia (Adelayo Adedayo) and Racine (Tamara Laurence) as they avenge their new-found mother from their father (Mark Monero), who tried to burn them alive twenty years before. Get ready for an extremely intense emotional rollercoaster that will bring you from laughter to shock, in a crescendo of violence and nail-biting narrative.

The play is a pastiche of a multitude of different genres but can generally be defined as a Spaghetti Western, or rather a satire of it, by its overall aesthetic and themes. It is also rich in divine allusions and Biblical references, especially when it comes to the figure of the mother, the horrific divinity, called “God” by her daughters, whose blood-thirsty “divine will” acts like an invisible hand that guides the whole story of the play. Cecilia Noble’s performance as the monstrous mother will send chills down your spine, and the scene where she recalls the day that her husband set her on fire is the most violent part of the play. Orality has also a strong role to play in the story, as every character introduces themselves in the third person in long monologues where they describe themselves and their intentions, adding a particular storytelling aspect to the story.

The most interesting feature of the play is the mise-en-scene, as a defile of colourful and creative stage settings takes place before the amazed eyes of the public, all adorned with a different chapter heading for each scene. The quick-witted humour, the colourfulness of the scenes, and the humorous characters bring joyful energy on stage, and the contagious cheerful energy of the twins is definitely what carries the entire play.

However, be warned before you enter the theatre: the play is cartoonishly violent, as the twins end up killing most of what encounters their path. The violence will seem confusingly unnecessary at times and will make the main characters lose much of their likeability, as the spectator progressively stops understanding what or who he is rooting for anymore. Likable characters are killed off with a certain indifference and misplaced humour as if we were supposed to go along with it. This endless killing does however benefit the character development of the twins, as we assist at the progressive perversion to the violence of Racine and Anaia’s emancipation from her demons.

If you are looking for a fun and thrill-inducing experience with a bittersweet taste, then Is God Is is the play to watch this Autumn.

Get your tickets at: https://royalcourttheatre.com/whats-on/isgodis/