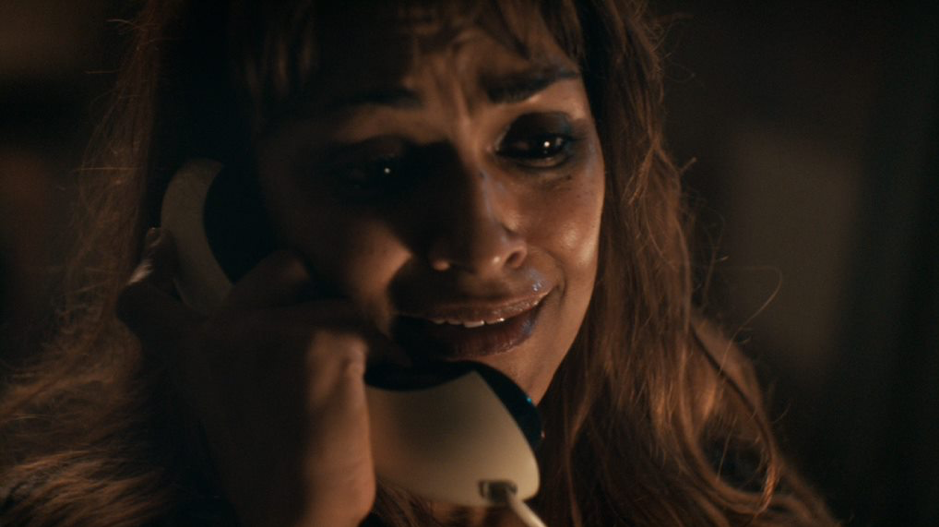 Actor and singer Danielle de Neise stars as ‘Elle’ in BBC’s rendition of Jean Cocteau’s one-woman play La Voix Humaine. La Voix Humaine is a play that encapsulates the feelings of isolation, desperation and agony love and heartbreak can bring. With only one character, Elle has become confined to her claustrophobic apartment for the entirety of the film. We are made to scrutinise her as she paces and probes throughout her apartment on the phone to her lover, who remains faceless and voiceless but is still presented as the domineering figure within this relationship. We witness talks of nostalgic memories of their past and escalating immense desperation and anguish to keep her lover from ending their relationship – which is to no avail.

Originally written in 1928, Jean Cocteau sought to explore how emerging technology like the telephone impacted relationships. This seems to have more relevance in the modern-day as technology allows us to communicate far and wide instantaneously, allowing us to deliver visceral and heart-wrenching messages whilst avoiding the vulnerability of face-to-face interaction.

Danielle De Neise’s well-known dramatic singing voice, along with her remarkable acting skills (in what is her first film role), perfectly illustrate the psychological trajectory and emotional turmoil that Elle is going through during this fateful phone call. Elle is going on a journey through all stages of grief during this telephone call, hopelessly clawing and grasping at the thin fibres of her relationship that remain. The film is set to an orchestral score recorded at The Royal Opera House which is conducted by Antonio Pappano. All of De Neise’s singing was recorded live on location, a difficult task that makes the outcome of her performance all the more remarkable. The final line “I love you” is sung in a crushing, melodramatic crescendo. Before the call ends, the synthesis of emotion in this final line feels painfully real and a great showcase of De Neise’s talent.

The film adaptation of La Voix Humaine encompasses the audience. De Neise’s performance allows us to feel the intimate and personal emotions that love and its unpredictable fleeting nature can bring. The film is directed by James Kent, with cinematography by Laurie Rose. It is set to premiere on BBC 2  on the 15th of April. The exclusive screening of the new film version of La Voix Humaine was hosted by The Mayfair Theatre on the 31st March –mayfairtheatre.ca