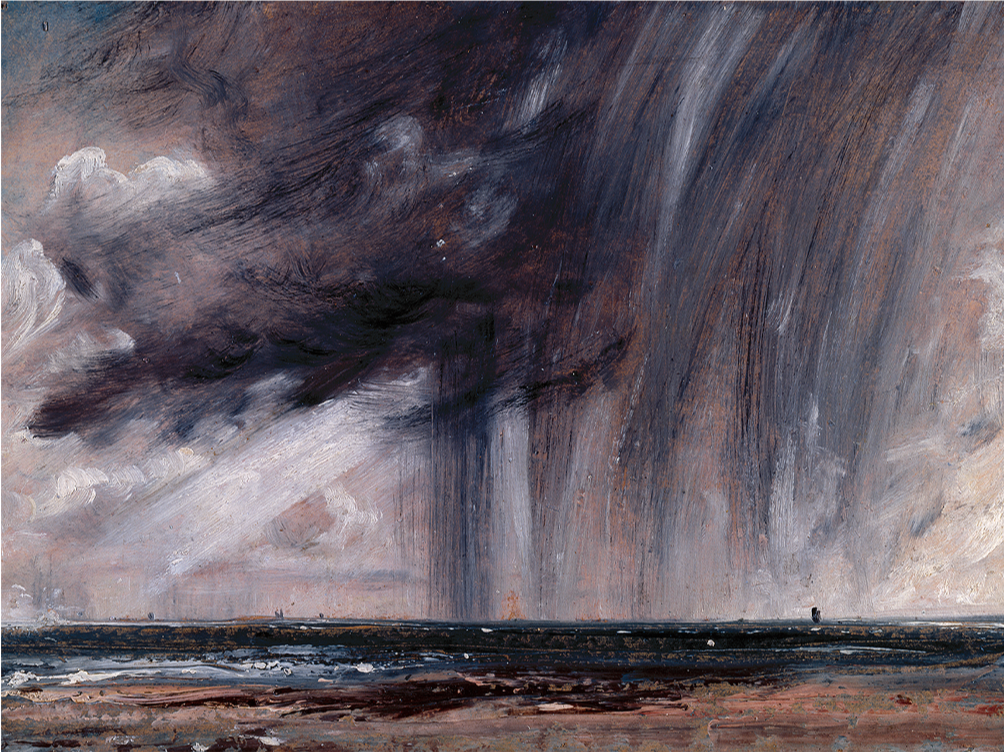 This Winter, as you stroll by the colourful Christmas lights of Piccadilly, make sure to take a detour at the Royal Academy and visit its current exhibition “Late Constable”. The exhibition retraces the last 12 years of activity of the famous British painter John Constable, whose landscape paintings have become an iconic part of English and European 19th Century art. The works of his late career are surprisingly innovative and experimental and are all bearers of a strong sentiment of grief due to the dramatic death of his beloved wife, Maria.

The exposition showcases several drawings, oil sketches, watercolors and prints, as well as Constable’s famous “six footers”, immense paintings that measure six feet in width. It follows the red thread of Constable’s late life from 1825 to his unexpected death in 1837, which gives it a deeply biographical aspect. The descriptions throughout the exhibition principally inform you about the life of the painter, which gives it a very intimate aspect. Also, it allows you to interpret the emotions conveyed in the paintings. Therefore, the gloomy ruins of “Hadleigh Castle” take a whole new meaning when we discover that they have been painted right after the death of the artist’s wife, and the countryside paintings are covered in a veil of melancholy when it is revealed that Constable was deeply nostalgic about the greenery of his native Hampstead. Despite never referring to any of these biographical aspects in his work, the artist manages to convey them through his extremely expressive brush.

The landscapes are full of intricate details, such as wondering figures in the background and half-hidden animals. However, when one wishes to get closer to scrutinise the canvas, the eye gets confused by the vigorous brushstrokes of the artist, who paints a flower with a simple dash of pink and a standing man with barely three rapid strokes. One can only appreciate the content of the landscape by admiring it from a distance and looking at, quite literally, “the big picture”. This interpretative way of depicting certain elements of the scenery offers an abstract aspect that proves that Constable was greatly ahead of his time. The most notable example is the striking “Rainstorm over the Sea”, where Constable represents a cloudy sky through strong grey vertical strokes that mirror the violence and strength of the thunderstorm, and strongly contrast with the precision of the rest of the landscape.

Interestingly, clouds appear to be an important theme to the artist. He sketched them continuously with a certain passion and was planning to give a lecture at the Royal Academy on the subject, although he died before it was possible. One can also notice the recurrence of rainbows and water in most of his landscapes.

This exhibition is a stepping stone in the discovery of this influential artist, who broke free of artistic conventions in his later life and inspired countless new generations of painters. Get your tickets at The Royal Gallery at https://www.royalacademy.org.uk/exhibition/late-constable.