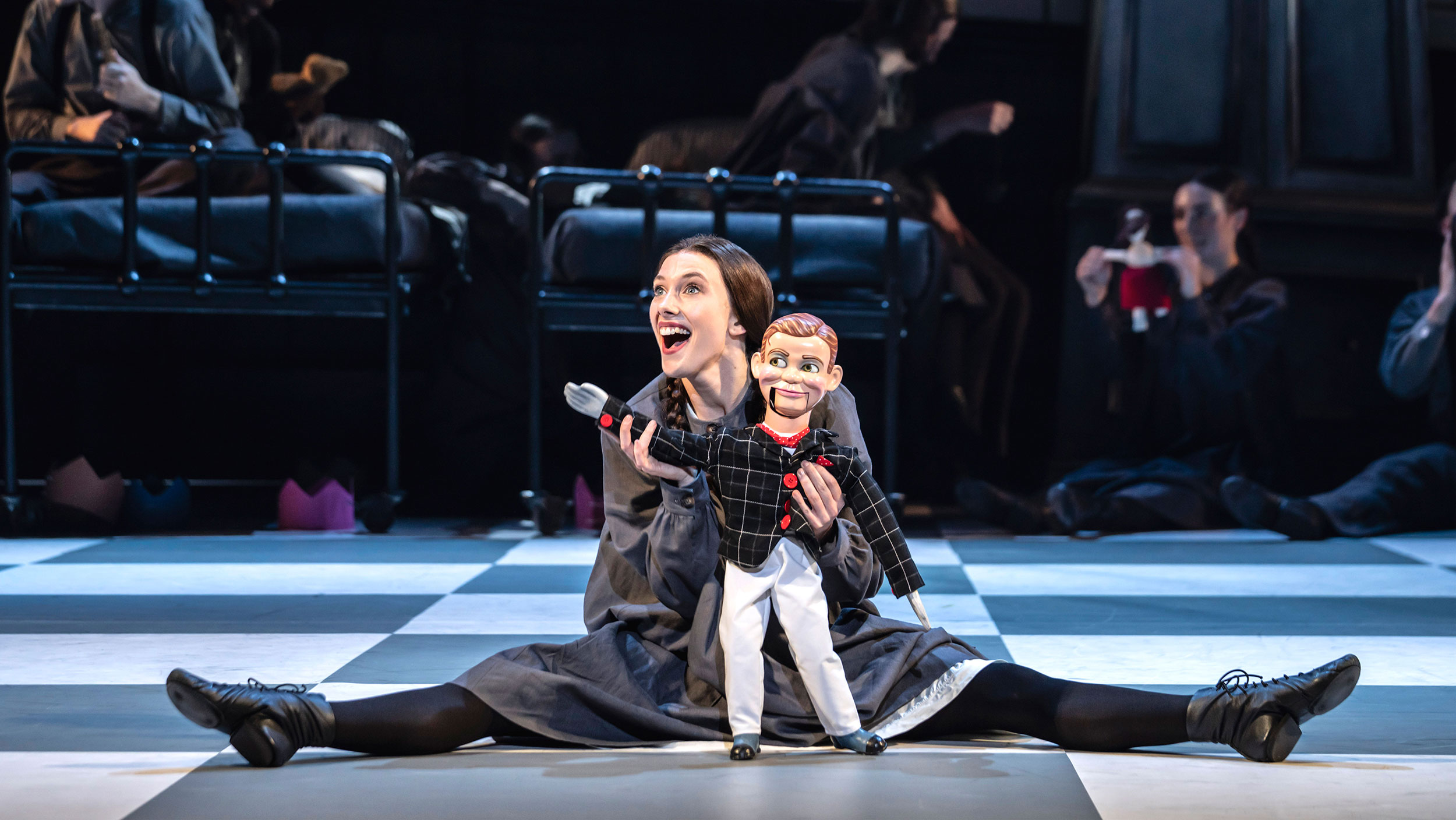 Matthew Bourne’s Nutcracker now on its 30th year returns to the stage at Sadler’s Wells. Re-choreographed substantially from its 1992 presentation with some of its iconic designs re-thought to spectacular effect, it is a 21stcentury Classic in its own right!

The show begins with an introduction to Dr. Dross’s orphanage, a dreary place where tiles are missing from the walls. The scene is overwhelmed with greys and whites and dark tones. The orphans are given all kinds of colourful Christmas gifts. A disgruntled Clara shakes the seemingly empty gift basket when, to her surprise and childish delight, a nutcracker doll tumbles out. This is when the story begins. Matthew Bourne’s version of the Nutcracker is filled with all sorts of unexpected twists and turns, a new story adapted to the 21st century that still stays true to the original classic.

At night, when everybody is asleep and the toys locked away, Clara tiptoes out of bed and snatches the key to the cupboard off its hook. She creeps over to unlock the doors, which tower over the sleeping orphans, and the Nutcracker bounces out. Clara stares in shock as he dances around stiffly, with new life brought to his once-wooden body. He wakes the orphans. They flock in a startled cluster from one side of the stage to the other. The matrons of the orphanage run onstage, hearing the commotion. The orphans revolt and the Nutcracker leads them out of the window and away into the snowy night. Soon, the set is transformed, and a dreamlike backdrop appears – we are introduced to the Frozen Lake.

The set is enveloped with soft smoke, merged with the light and shade. Princess Sugar and Prince Bob-Bon then take the stage in a duet dappled with gentle white lighting. Ballerinas emerge from the smoky haze and the scene is filled with delicate feathery tutus dancing around, a graceful take on the famous Snowflakes dance. Clara finds herself absorbed and follows the characters to Sweetieland. Here, the audience is met with a variety of colourful costumes, all inspired by popular sweets like Knickerbocker Glory and Gobstoppers. In Clara’s imagination, her friends from the orphanage become these characters. Here, a more modern version of the national dances takes place, where each of the sweets perform their own breath-taking piece. The show is brought to an end when the Prince and Princess hold a marvellous wedding, to which all the sweets are invited. The set is flecked with bright colours ranging from pink to orange to green, bringing the audience on a sugary journey.

Matthew Bourne’s reimagination of the Nutcracker brings an exciting twist to the story, with a different interpretation of what is usually portrayed on stage. The show has experienced many changes since it was last seen nearly ten years ago. The one thing that has not been re-thought is Tchaikovsky’s much-loved score as Matthew Bourne says, ‘Thirty years on I find Tchaikovsky’s music more and more profound; its magic turns us all into kids again’.

Reviewed by Aishani Chatterjee- Aishani is a Year 10 student at Latymer School and is learning Classical Ballet and Indian Classical dance Kathak. Her love for dance and her interest in media studies and performing arts draws her into watching performances, learning from a varied range of presentations and writing about them.