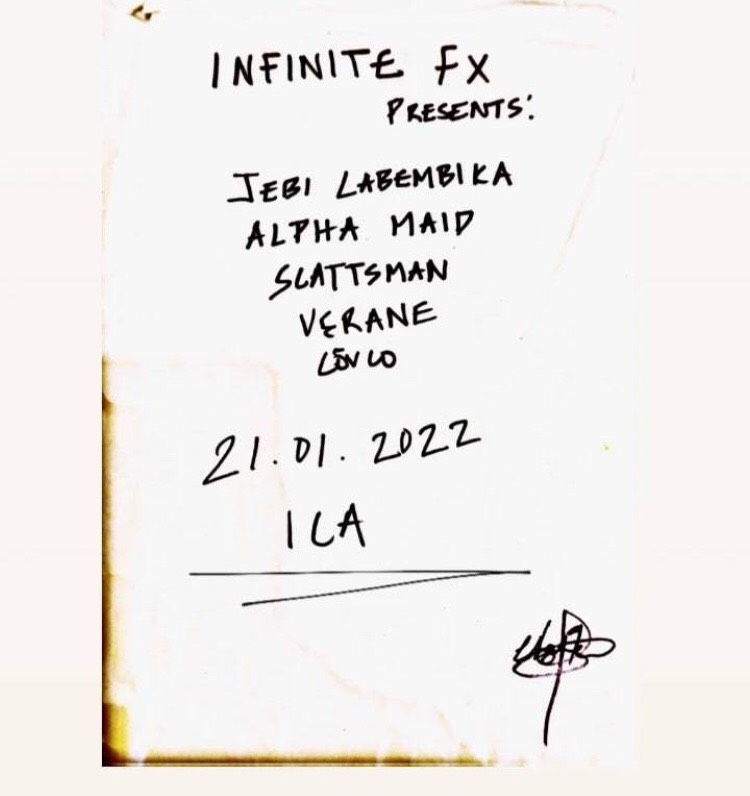 From October 2021 to January 2022 the Institute of Contemporary Arts hosts Nine Night’s exhibition Channel B, an ecosystem of black art made up of audio-visual performances that embody the black experience. A name derived from the nine-night-long Jamaican tradition that pertains to celebrations of the life and being of the deceased. Nine nights have sought to use futurism in order to explore disillusionment and poverty, racial inequality, emancipation from Western influences – amongst a myriad of other topics. Infinite FX is the latest installation from the Nine Nights Channel B exhibition. Featuring work from artists Scattsman, Verane, Cõvco, Alpha Maid and Jebi Labembika.

The performances displayed the black experience in all its forms whilst immersing and engaging the audience. One of the first performances of the night was by DRC/London-based artist Verane, taking place in SWARM, a spatial performance arena, amongst other things, created by Nine Nights collaborator Gloria. In the room lit up by a fluorescent neon yellow light, the artist presented a performance of expressive dance accompanied by visuals, centred around deconstructing western influence on Congolese culture. The audio-visual elements combined with Verane’s stage presence created an immersive atmosphere as well as a thought-provoking social commentary on Western impacts on the human condition. This was an engrossing start to a night full of great pieces and performances. Scattsman’s installation ‘Scatteration 1.0’ included a spasmodic compilation of videos ranging from memes to comedy to music and monologues. The installation encompasses the joy and healing of black individuals, looking to connect us to the past, present and future. Other performances of the night included Cõvco’s ‘Rinse + Spin Blue’, Jebi Labemika’s ‘Open the Flood Gates of Heaven’ and the final, and my favourite performance of the night Alpha Maid’s enticing musical performance ‘Palimpsest’.

Nine nights’ commitment to empowering art that exists beyond the confinements of Western standards is important in an industry that undervalues black and POC artists. Infinite FX is an unforgettable experience, a perfect glimpse into what Nine Nights and Channel B are. The final installation of Nine Night’s Channel B will be at the closing party ‘New Syntax’, taking place at the Institute of Contemporary Arts on January 28th.

For more info and how to book click here: https://www.ica.art/exhibitions/nine-nights-channel-b