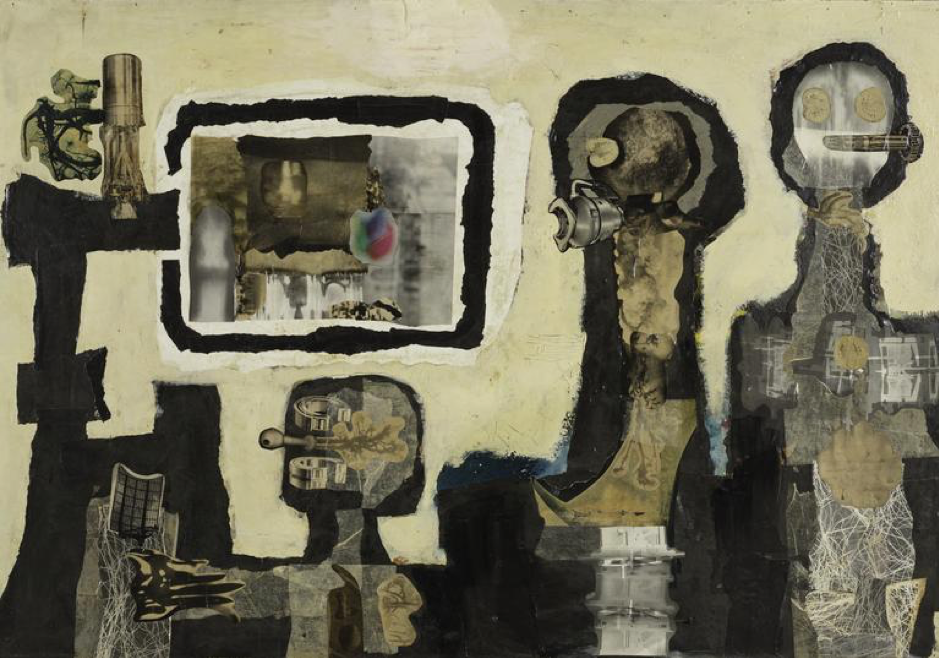 It is a wide-known universal rule that art has always reflected its environment. It both models and is modelled by its geographical era, historical period and movement, acting as a “magic mirror” that reflects the truths of its society. As such, Barbican’s “Postwar Modern”’ exhibits artworks spanning from 1945 to 1965 that transport us in the world of post-World War II Britain, giving us an insight into one of the most chaotic periods of British modern history. Angst, fear, loss and hope: the exhibition skilfully brings back to life the spirit of an entire epoch through the expression of its artists.

The project of cramming two decades of art within one exposition is undoubtedly an ambitious one, especially considering the abundance and divergence of ideas, techniques and sentiments of the time. However, the Barbican exhibit manages to guide us through it with perfect organisation, without over-categorising anything and by leaving space for expression for every singular artist. You will find a multitude of different arts, going from painting to sculpture, videos, photography, collages and architecture. Even more varied is the quantity of different themes that are addressed: politics, poverty, the Holocaust, the fascination for robots and the future, gender, sexuality, love, consumerism, etc.

Historically, the postwar period in Britain was punctuated by events such as the Cold War, the crumbling of the British empire, mass migration, the Nuclear Dawn, material destruction and rationing from the War and countless shifting social dynamics. Individuals found themselves struggling with disbelief in authority and loss of meaning. Those who didn’t fall into total nihilism managed to pursue a quest for renewal in a desire to forge a better future, in a surprisingly hopeful vision that I wasn’t expecting to find in such a context. Having received an Italian education in History, I am familiar with a much gloomier vision of postwar, which was a period of extreme poverty and decline for many European countries. I can therefore relate to the admiration of Jewish artist Frank Auerbach who saw London as “a wounded city at the cusp of rebirth”, facing a promising future despite the trauma of war.

Overall, the red thread of the exposition is the shared experience of the artists, although their responses and means of expression are extremely varied. The pilot of war Nigel Henderson recreates his distant and elevated point of view of the war seen from the skies. Eduardo Paolozzi’s dark and twisted artworks express a giant internal void left by the war. Sylvia Sleigh’s representations of her lover Laurence Halloway in cross-gendered clothing defies the boundaries of gender expression. The paintings of the married couple Jean Cooke and John Bratby engage in a domestic war that expresses the suffocations of traditional marriage. Frank Auerbach, Leon Kossoff and Gustav Metzger use thick layerings of paint to convey their experience as Jewish immigrants fleeing European Nazism in London. Eva Frankfurther and Shirley Baker use photography to show the lives of Londoners from a compassionate and humoristic point of view. If I were to describe everything that marked me, I could go on for pages.

If you didn’t know your history, you definitely will at the end of this exhibition. An experience of discovery for younger generations, of remembrance for older ones, and of appreciation of art and history for everyone. Get your tickets at: https://www.barbican.org.uk/whats-on/2022/event/postwar-modern-new-art-in-britain-1945-1965.