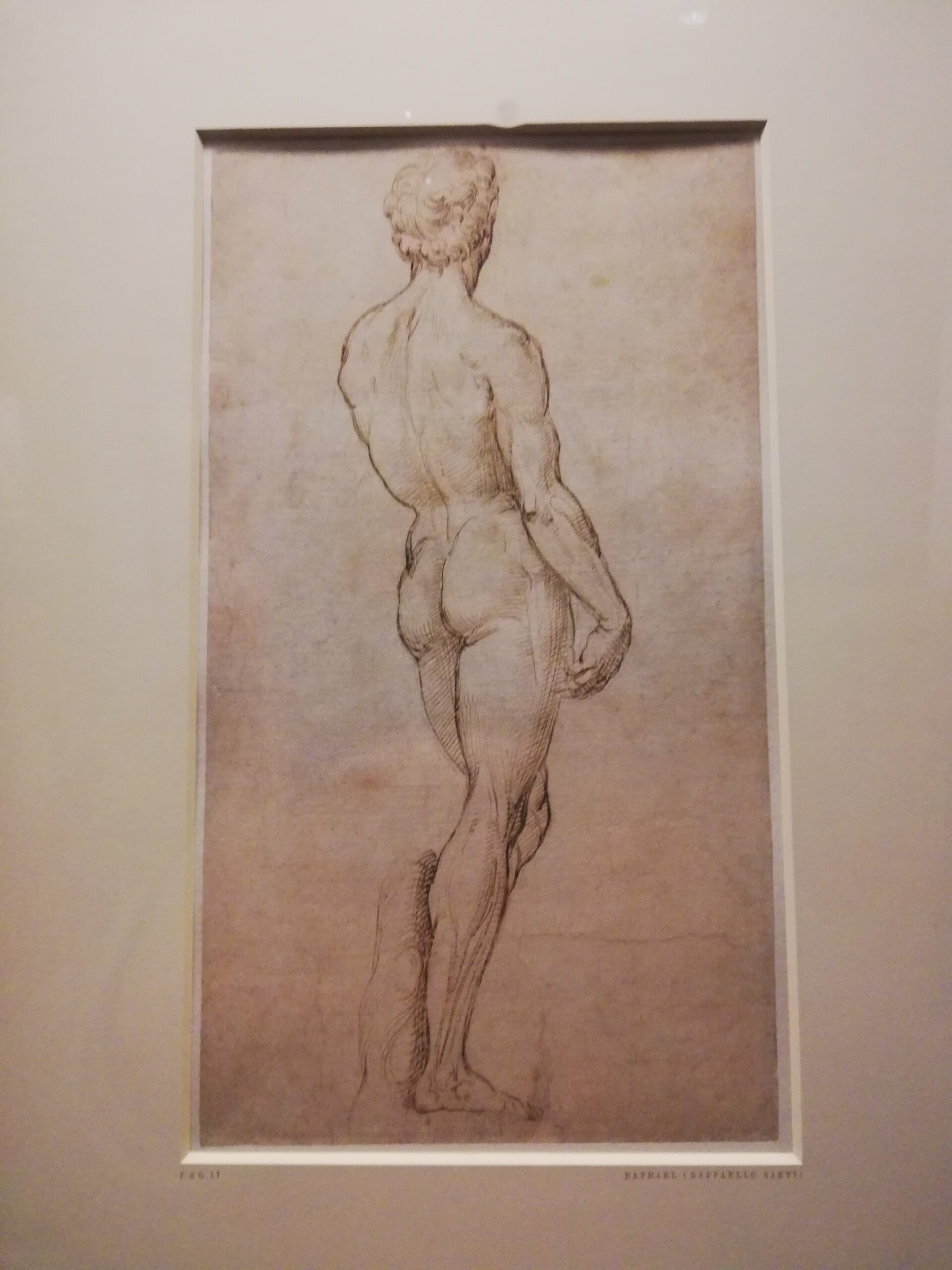 2020 marked the 500th anniversary of Raphael’s death (1483–1520) and London’s museums responded to the occasion with events and exhibitions celebrating one of the most influential artists of all times. The British Museum dedicates this exhibition to the elaborate drawings of the Italian High Renaissance master and traces his influence through the works of his pupils.

The 29 works on display- 14 made by Raphael himself- highlight Raphael’s development as a draughtsman and his journey from the provincial scene of Urbino in central Italy, to establishing himself as the dominant painter, architect, and all-round artistic designer at the Papal court in Rome. To accompany the works of Raphael, there is a selection of pen and brown ink drawings by his talented students- Perino del Vaga, Polidoro da Caravaggio, Giulio Romano, Giovanni Francesco Penni, and Tommaso Vincidor- who continued to draw with a similar inventive approach enlightened by a humanist spirit. The exhibition offers a historical insight into Italy between the 15th and 16th centuries. It reiterates the central role that the Church and the various lordships of Italy have played not only in the professional success of the artists and intellectuals but above all in realising that ideal of a culture’s vision of itself, which is only typical to the Renaissance. Recurring themes addressed by the artists of the time were religious iconography – The Virgin and Child, the Resurrection of Christ, or the Entombment of Christ-, the call to antiquity and classic culture, including historical references to Ancient Greece and Rome interpreted according to the dictates of a modern and Christian taste, the study of nature and of Man. Practical exercise on drawing, through the study of life and from copies and models, was considered the most important element of the student’s curriculum.

Raphael was able to explore these ideas and then direct his studio and school to realise them in a wide variety of media. This clearly emerges in the works of Giovanni Francesco Penni, who played a key role in Raphael’s productive workshop, including making final designs for paintings, some based on preliminary sketches by his master, and completing some of Raphael’s commissions after his death in 1520, alongside his colleague Giulio Romano. Many of his paintings and drawings, such as The Dormition of the Virgin (c. 1511), were previously attributed to Raphael. In-depth studies on the technique and stylistic precision have refuted the authorship of the works. Despite being incredibly skilled, Penni failed to establish himself as an independent artist after Raphael’s death. His works however are a clear testimony to the incredible opportunity that the school offered to its students, many of whom became acclaimed artists and were courted by the noble and wealthiest families of Italy. Such is the case of Giulio Romano whose works were highly appreciated by the ruling Gonzaga family in Mantua, partly because of his stylistic deviations from High Renaissance classicism which helped define the late 16th-century style known as Mannerism. In his drawing A frieze with acanthus and animals (c. 1540-146), used as a model for a stucco decoration for the ducal palace, the decorative concepts typical of Raphael’s painting are amplified in forms that appear to be affected by gigantism.

Renaissance artists were not only worried about the subject but also about the execution – what was painted and the style in which it was painted. To this extent, close observation of nature, particularly human anatomy, and the application of scientific principles to the use of perspective and light (‘chiaroscuro’) undergo significant developments. Unique importance was given to the representation of the human figure and was considered the most qualifying aspect of the artwork.

Raphael visibly changed his harmonic and soft vision in the figurative, expressed in the graceful beauty and elegance of the Virgin’s face in his studio for The Virgin and Child (1509) which became bold and accentuated, with flashy views, plays of light and shadow and nocturnal lighting. This dramatic twist becomes self-evident in the drawings for Raphael’s final painting the Transfiguration, which represents the head of an apostle and that of St Andrew (c. 1518) where the attitudes of the characters are charged with vigour and a new expressive dynamic.

Raphael knew in depth all the pictorial experiences of his period – from the constructiveness of the Tuscan painters to the colourism of the Venetian ones -, and this gave him the opportunity to reconcile the calm and simple elegance of his early works in the style Perugino, with the power of the sixteenth century sculptural mature style. One of the most remarkable drawings displayed in the exhibition is Raphael’s David (1505). Raphael makes a free copy of Michelangelo’s David, adapting the figure to a viewpoint which in real life would be impossible from any one angle.

Central to Raphael’s success as a draughtsman was his brilliance in analysing and absorbing the work of his contemporaries, most notably Leonardo da Vinci (1452–1519) and Michelangelo (1475–1564), without compromising the poetic spirit that reigns in his own works, and that he transferred to his students.