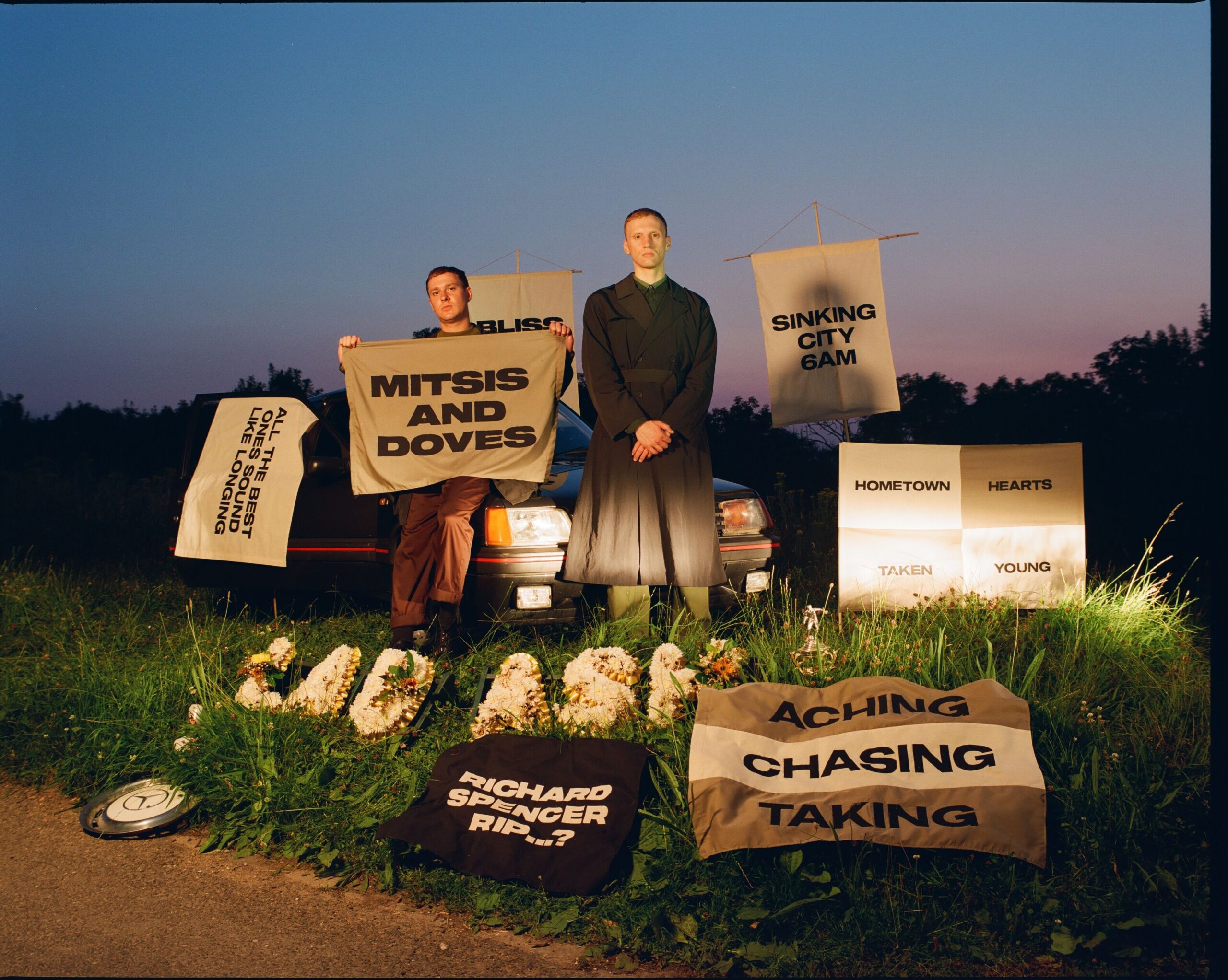 I first discovered Real Lies via a Spotify suggestion during the latter days of November 2016, drawn in by a well-executed album cover and the cheapness of their name – a well-known clown from my hometown once posted to Facebook, ‘Real Eyes Realise Real Lies’, and the silent ‘lol’ I did to myself as I recalled this convinced me to try them. Over the preceding six months I had finished my A Levels, celebrated my eighteenth birthday, celebrated my results, moved away for university, and discovered the hours between 0300 and 0600 (but not how to cook, clean, or generally manage my life) in that order. And so it was that my wide eyed and rewired brain was magnetised towards the locomotive ‘Dab Housing’ and the metropolitan braggadocio of ‘One Club Town’. ‘I was destined to leave that one club town’, I thought to myself, not aware that avocados and anchovies are not the same thing. Their debut album, Real Life, had been released in 2015, and I waited eagerly in the wings for more music or a tour.

…And I continued to wait until 2018, when they reappeared with ‘The Checks’ to mark the resignation of Arsène Wenger as Arsenal’s manager, and then with a steady but uneventful stream of singles and features, of which some eventually resurfaced on the sophomore Lad Ash this year. Perhaps (read: without a doubt) the inertia of these releases was on account of the pandemic: Real Lies is not club music, but afters music, and without the befores, there can be no afters. And just as the city’s buzz was reduced to a gentle hum, the rush hour immediacy of Real Lies felt incongruous.

Their sold-out show at The Pickle Factory in Cambridge Heath did not come as a surprise, however. As metropolitan life picked up once again, the presence of Real Lies was re-electrified more or less in sync with how the night tube was supposed to. The gig in the cramped space came in a UK tour sandwiched between a headline at The Garage, Islington and Heaven this coming October – both of which are much larger capacity. And as the first homecoming slot less than a week after the release of Lad Ash, optimism and intimacy slithered between the gaps in the crowd. It was a curious bunch of arty types, house-heads, and terrace boys, with little crossover, but frontman Kev Kharas’s cheeky lyricism and DJ Patrick King’s mixing clicked in a natural way.

In the seven-year gap between Real Life and Lad Ash a lot has changed. Most noticeably, third member Tom Watson has departed the band. While Kharas’s narratives and perspectives are no less male, and still grounded in nightlife, there is certainly much less boyishness, which is supplanted by a more mature reflectiveness; the night-time must be respected and approached with caution. At the same time, the sound of Lad Ash and the way it is reproduced live leans much further into rave culture than their debut. The songs aren’t quite as instantly catchy, but guitars and conventional structures have been abandoned in favour of clubby ecstasy in standout tunes such as the dark and bassy ‘Since I’ and stomping ‘Your Guiding Hand’.

Some things do not change, though – Kharas remarked that many of the faces in the crowd are the same ones he saw seven years ago. I certainly felt like I had earnt my place in a small crowd I’d waited so long for, and it seemed like everyone else had, too. Some things, like ageing, band members leaving, and pandemics, are out of our control. But the biggest maturation in Real Lies is that they have figured out how to do something great with what we can control, and to let the rest just happen.