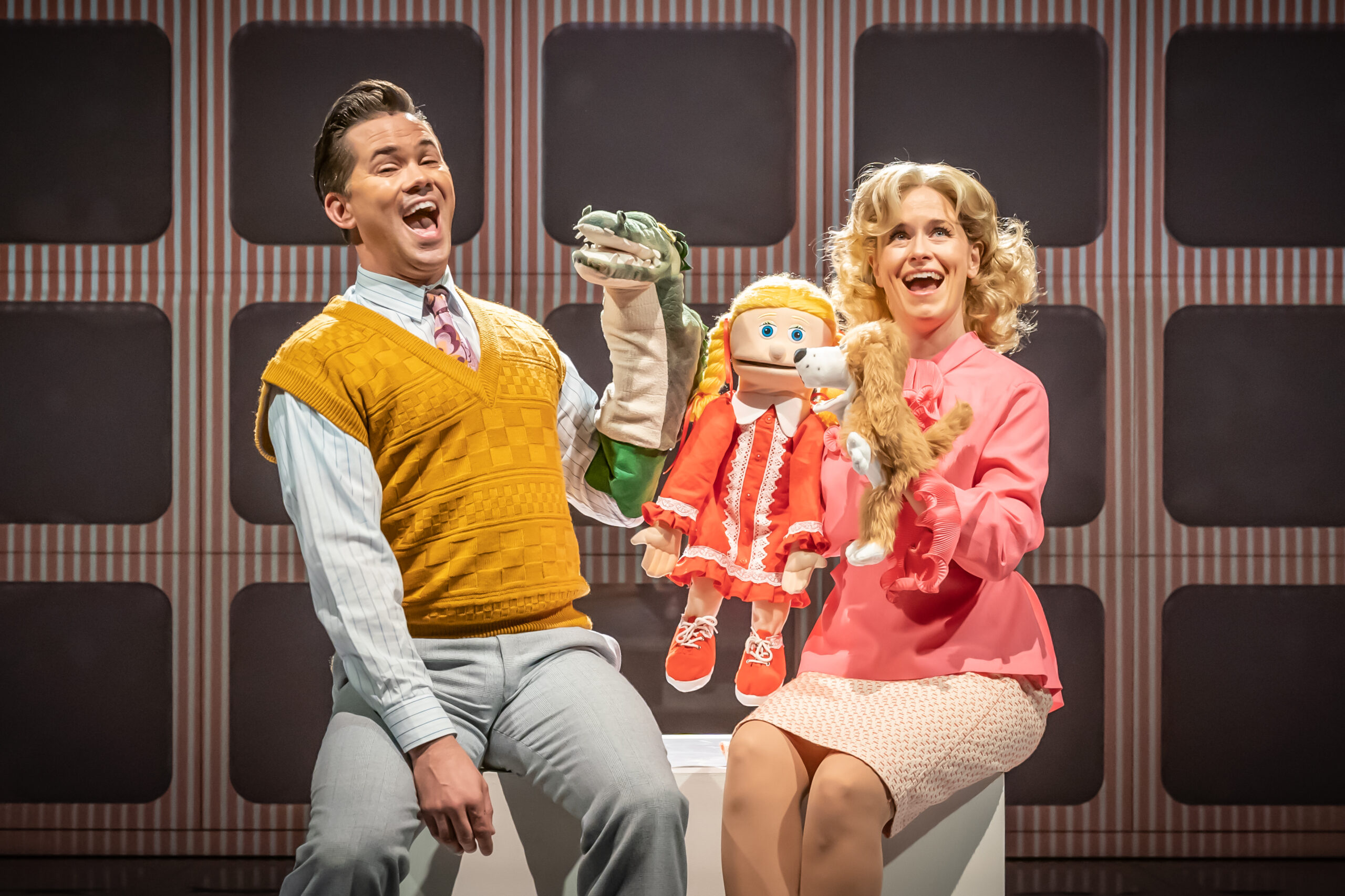 The production tells the true story of Tammy Faye (Katie Brayben) and husband Jim Bakker (Andrew Rannells), American televangelists who shot to fame in the 1970’s as founders of Christian TV talk show, the Praise The Lord Club. With their modern approach to preaching, the couple brought the church directly into people’s homes and at the height of their success reached millions every day. As their fame soared, they began diversifying – opening resorts, selling merchandise and taking more and more donations. Ongoing feuds with other preachers caused trouble for the couple, but ultimately their own greed was their downfall and Jim was sent to prison for fraud.

Despite her husband’s incarceration, Tammy Faye went on to become a television personality in her own right, hosting her own prime time show and reaching new and increasing audiences. Most notably, in 1985 she interviewed Steve Pieters, a young gay pastor and activist, living with HIV. It was a time when there was a lot of fear around the illness and has since seen Tammy Faye become an icon to the LGBTQIA+ community.

Tammy Faye sees the couple’s story told through outstanding performances and with consideration, humour and tenderness. Brayben (Beautiful: The Carole King Musical) delivers Tammy Faye flawlessly, with a powerful voice that has the audience completely captivated. Rannells (The Book of Mormon, Hamilton) plays Jim well and with faultless comedic timing.

The musical is long, at just under 3 hours, yet flies by as you watch. A heart-warming and hilarious production with an important takeaway – we could all be a little more compassionate. Tammy Faye is a must see.

Tammy Faye is showing at Almeida Theatre until 3 December and tickets are available here.

Review by Amy Melling:Amy is a Curator and Creative Producer whose practice is centred around community-led arts projects. Her current research is focused on curatorial methods for exhibiting artworks outside. Amy has a keen interest in the arts and recently completed an MA in Curating and Collections at Chelsea College of Arts, UAL.

“It’s time to bring America back to God”
From a studio in South Carolina, Tammy Faye and Jim Bakker revolutionised religion.Preaching to millions 24 hours a day, Tammy just wants to put the fun back into faith.But a new wave of ministers wants you not to just feel God in your heart, but in your homes, in your schools and in the law too.This true story, directed by Almeida Artistic Director Rupert Goold (Spring Awakening), is a testament of faith, resilience and the temptations of success.