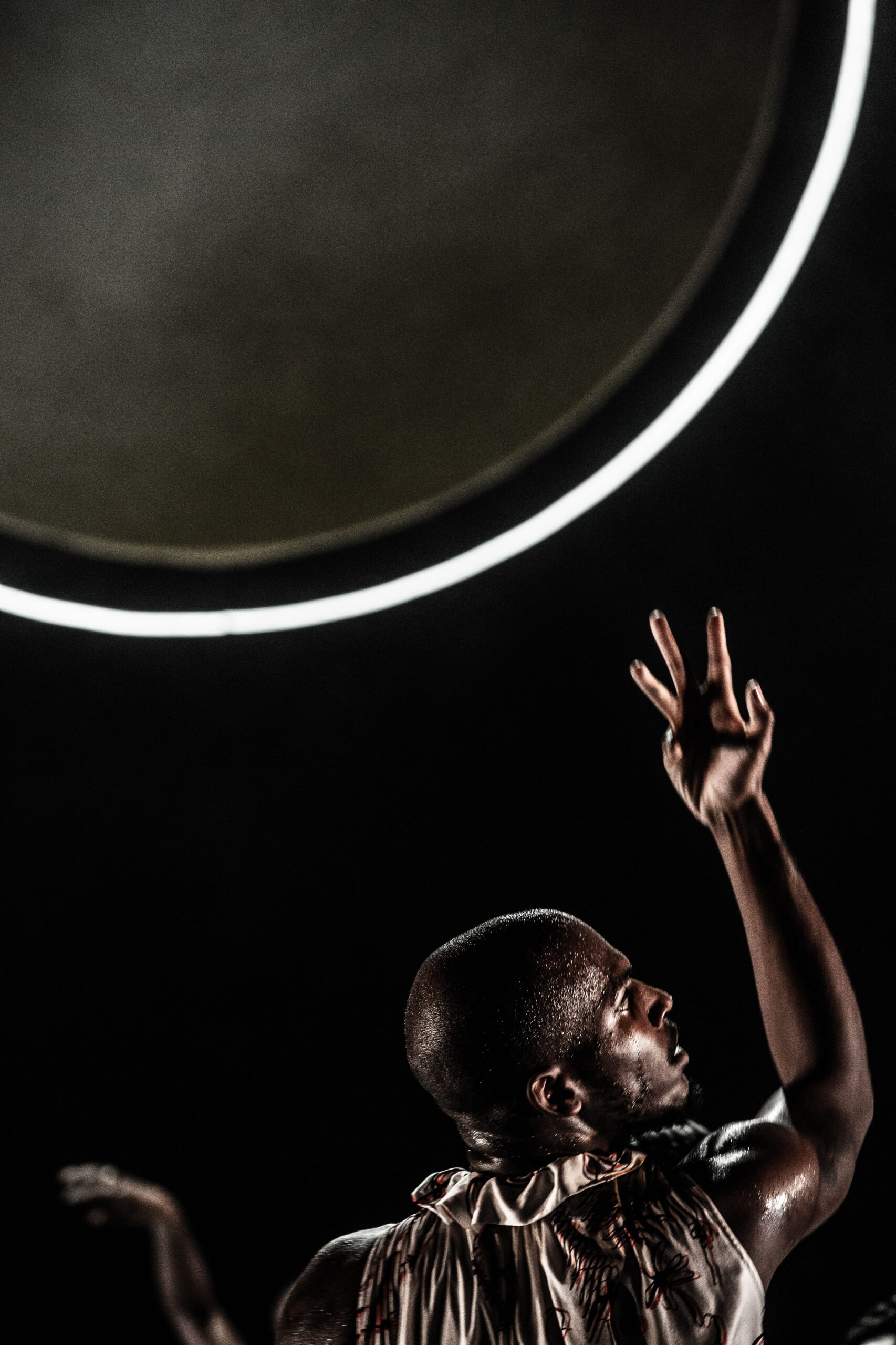 Requiem: Fire in the Air of the Earth – Sadler Wells Review

One thing is certain, it is impossible to remain impassive in front of Mozart’s “Requiem for a dream”. No matter what show it is accompanying, the score will send a shiver down the spine of anyone in the public. The forever unfinished masterpiece has gone through the hands of many composers, and yet Kyle Abraham’s A.I.M manages to distinguish itself from the bunch. The rising-in-fame choreographer and his company explored the cyclicity of life, death and rebirth in a show of swirling white costumes, futuristic lights and an afrobeat remix of Mozart’s score.

The show opened with a chilling unedited version of Requiem, as the troupe of dancers harmoniously performed choreographies and poses that could have belonged to the most dramatic Renaissance paintings. However, the performance was already far from being conventional: the set design’s futuristic lights and the creative pairing of costumes, that went from classic tutus to draped robes, were already a hint of the creative liberties that the dance was going to take. The dance’s full expressivism exploded when Jlin’s remix started kicking in – a mix of afrobeat, electro and the original classical score. More than a modern take on a classic, the performance entirely detached itself from convention and temporality to rewrite itself as an atemporal, gender-fluid and ethnically-diverse spectacle. Both single and group performances were animated by an energy and a seemingly uninterruptable flow that mimicked different aspects of life – community, death, birth, and love.

The central theme of cyclicity was omnipresent in the narrative of the choreography, starting from the ever-present glowing ring of light on the wall. By “recycling” a classic and mixing it with a modern and culturally different beat, Abraham played with the canonical and mixed past, future and present. The fact that Mozart never finished the score opens the door to any possible interpretation and rewriting. And by playing with the conventional, this show created a universe where nothing is fixed, and human concepts such as time and gender simply evaporate. What was left was a beautiful representation of human life, stripped of all social conventions, and shown for what it is at its very essence: a constant flow of life and death, where the only certainties are community, love and repetition.

Get your tickets for more upcoming shows at Sadler Wells – https://www.sadlerswells.com