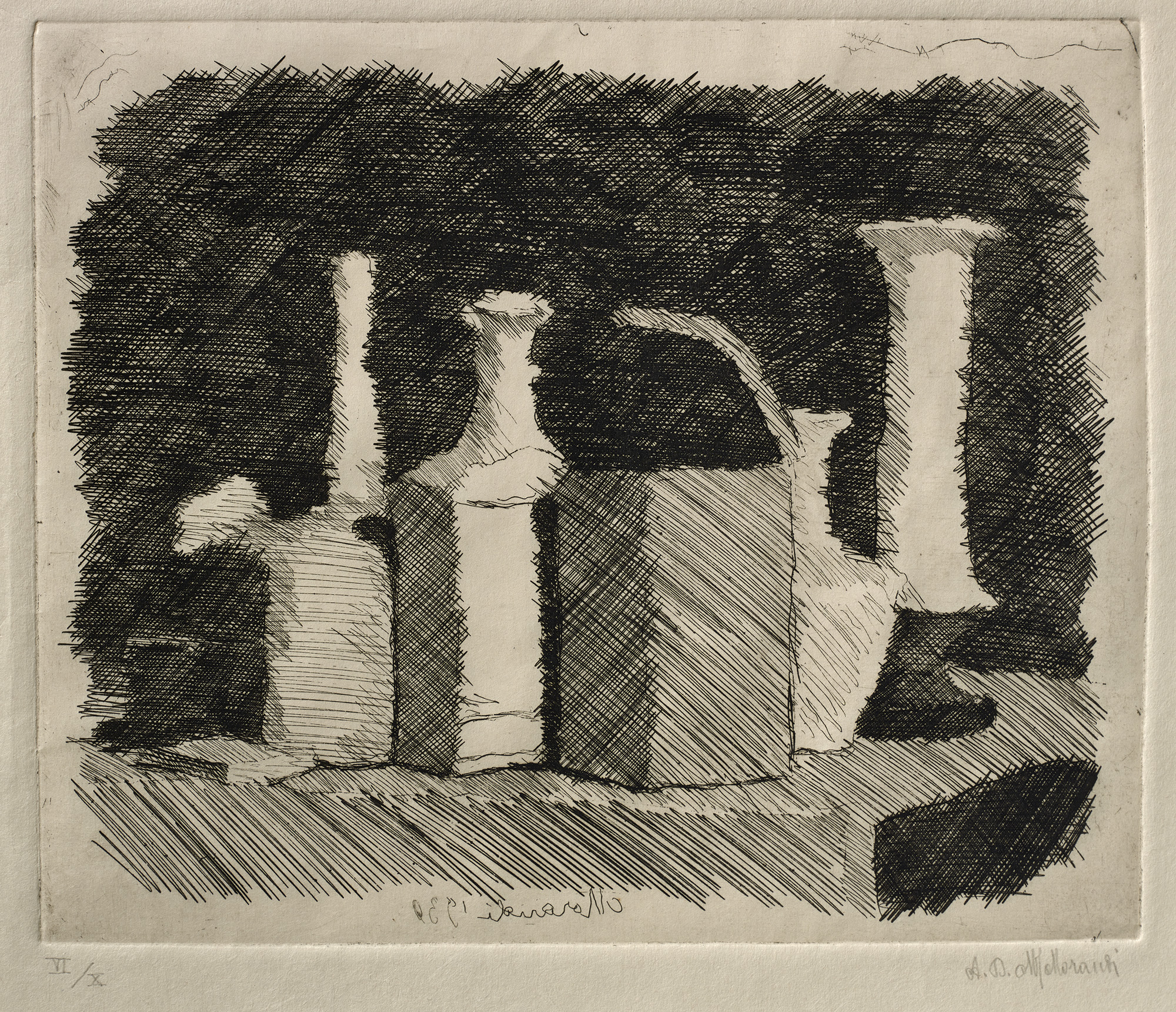 Review: Gaining a greater perspective on Giorgio Morandi’s art-practice and legacy-Masterpieces from the Magnani-Rocca Foundation

The classic way to make endless hours of still life drawing marginally more engaging, at least at my school growing up days, was to use Giorgio Morandi’s paintings as references for these classes. As a painter who confidently brought the genre of still life into the 20th century without hesitation, he has almost become a symbol of how the genre can be viewed as modern and newly stimulating, even cool.

The current exhibition at the Estorick Collection of Modern Italian Art  brings together a broad range of Morandi’s paintings pertaining to the Magnani-Rocca Foundation, which was set up by Luigi Magnani in 1977 as way of making his years of collecting accessible to the public. The exhibition is therefore not an attempt at presenting a revolutionary argument about the artist (typical to contemporary artist retrospective exhibitions), instead focuses on the story behind how the specific collection on view came about and the fondness Luigi Magnani held for Morandi’s work, ultimately as a way of relaying the artist’s legacy.

I personally greatly enjoyed this stripped backed nature of the exhibition’s curatorial arch. The viewer is invited to simply absorb unseen artworks by the artist side-by-side some of his most recognisable pieces. The grander oil on canvas paintings are complemented by an array of his etchings, drawings and watercolours which reveal so much about Morandi’s artistic methods. For example, many of the sketches demonstrate the potential for abstraction he found in simple objects, giving power to negative shapes and blurring boundaries between forms. The collection also features landscapes, as well as a rare self-portrait.

Since the Magnani collection includes works from many well-known modernists, at times, the exhibition draws connections between Morandi and Cezanne. However, these connections result slightly unevidenced. Since mentioned, it would have for instance been interesting to know more about this tie.

However, other than this, no real novel ideas are revealed about the artist – the exhibition reads that Morandi wanted to “unlock the magical poetic qualities of everyday object” against the context of Italian Futurism and the historical pursuit for a modernity.

Some might therefore argue that there lacks a critical edge to the exhibition, however, by opting against a trendy critical approach one is invited to fully embrace the known “meditative” qualities of his work, and fill in knowledge gaps in the process. I felt as though I was picking up from where I left off in school. Through the exhibition at the Estorick Collection I discovered some facts unknown to me. I learnt about Morandi’s friendship with Luigi Magnani and about his un-assuming approach to art-making, for example, how he created art with no intention of selling; and ultimately, I did come out of it thinking that it was pretty cool how he was recognised by this important collector at the time.

Since studying History of Art at The University of Oxford Michela has continued to pursue her interests in art and culture. She particularly enjoys considering how contemporary and historical art forms are presented to the wider public through exhibitions and viewings at art institutions. Michela’s favourite mediums include photography, film, painting and drawing, and she is always excited to learn about new art.

To mark its25th anniversary, the Estorick Collection is proud to present an exhibition of works by the major 20th-century artist Giorgio Morandi (1890-1964). For the first time, the entire Morandi collection from Italy’s Magnani-Rocca Foundation will be shown together in the UK. Featuring 50 works spanning the artist’s career, it includes oil paintings, watercolours, drawings and prints. The Estorick’s own collection of works by Morandi will also be on display at the museum.