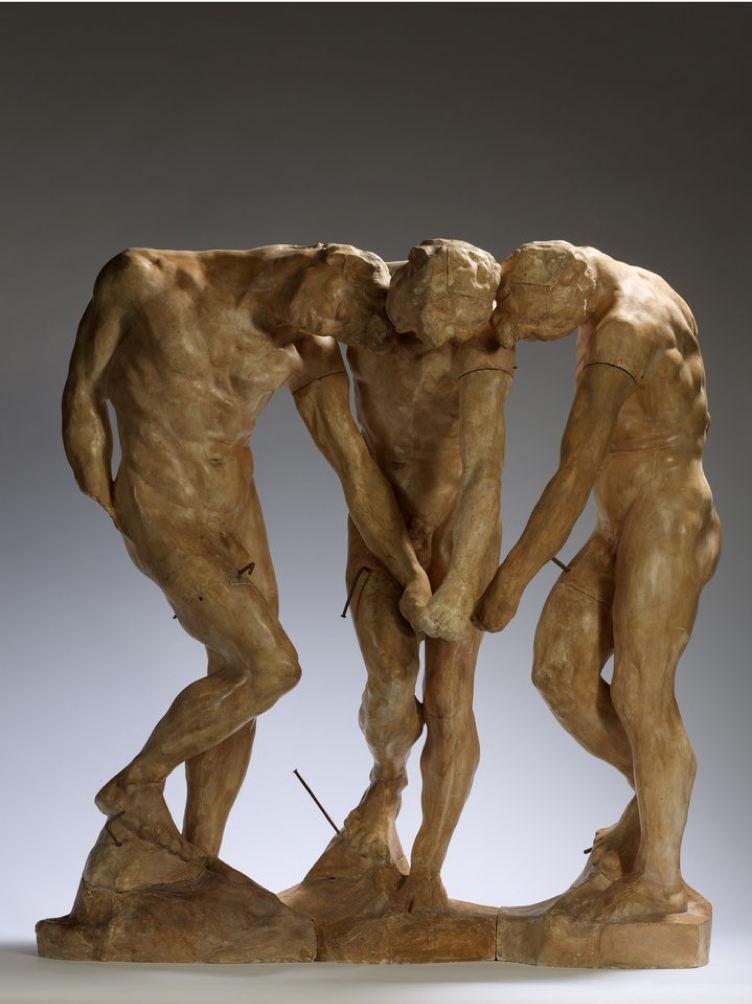 Rodin opens the doors of his studio at Tate Modern

This year Tate Modern museum has borrowed parts of the artist Rodin’s workshop from the musée d’Orsay for the exclusive exposition “The making of Rodin”. The exhibition offers us a peek of the backstage of the making of some of Rodin’s most famous masterpieces such as The Thinker, Balzac, The Burghers of Calais, and many more. More than just exploring Rodin as an artist, we are invited to discover Rodin the artisan by wandering through his experimentations of clay and plaster as if we were walking through his studio in Paris.

The particularity of Rodin’s method of work comes from his formation as a studio assistant in decorative art, which taught him the serial production of single models and the reworking of each copy. The artist methodically dissects his work by putting his models through fragmentation, repetition, enlargement, multiplication, enlargement, and assembling in a frenetical and creative process. The relationship between artist and spectators is shifted: instead of looking at motionless pieces of art, we get to admire their evolution from model to model and retrace the steps they went through to become the finished masterpieces we know today.

The sculptures are remarkable, as always when it comes to Rodin: the tense muscles of The Thinker, the ghost-like faces of The Burghers of Calais and the angelic figure of The Age of Bronze will leave anyone in a state of pure admirative contemplation. The imperfections of the statues reflect the ruptures and complexities of the human body and refuse the idealised beauty of classical sculpture that Rodin seems to adopt for his usual works. The exposition also delves into the relationship between Rodin and Classicism, as the artist was a keen admirer of Classical culture and an avid collector of ancient artefacts, although some of his improvisations in the studio where he assembled different contrasting pieces in one sculpture don’t go without reminding some aspects of Cubism or Surrealism.

You will also get to admire the fluidity and the movement of some of Rodin’s drawings and sketches, which could be considered artworks of their own.

Moreover, the exposition contains some biographical elements as it retraces the life of the artist as well as the pivotal figures and relationships of his career. You will come across his wife, Rose Beuret, who helped him in his studio and stayed by his side for their whole lives despite the many infidelities of the sculptor; his assistant and lover Camille Claudel, the enigmatic female sculptor victim of her time; and some of his favourite models, such as the aristocrat Helen Von Nostitz and the Japanese actress Ohta Hisa. The relationship between artists and their female models is a controversial topic in art, to which the exposition takes time to allude. If you are interested in digging a little deeper, scan codes are available all along the exhibition where you can listen to the take of current artists on modern themes related to the exposition, such as the role of women in art and the disrupting ways of working artists today.

I would recommend this exposition to anyone interested in sculpture, as the exhibition will give you a precious insight into the process of creation and the mind of an artist, or in this case, a genius.

Get your tickets now at https://www.tate.org.uk/whats-on/tate-modern/exhibition/ey-exhibition-rodin.