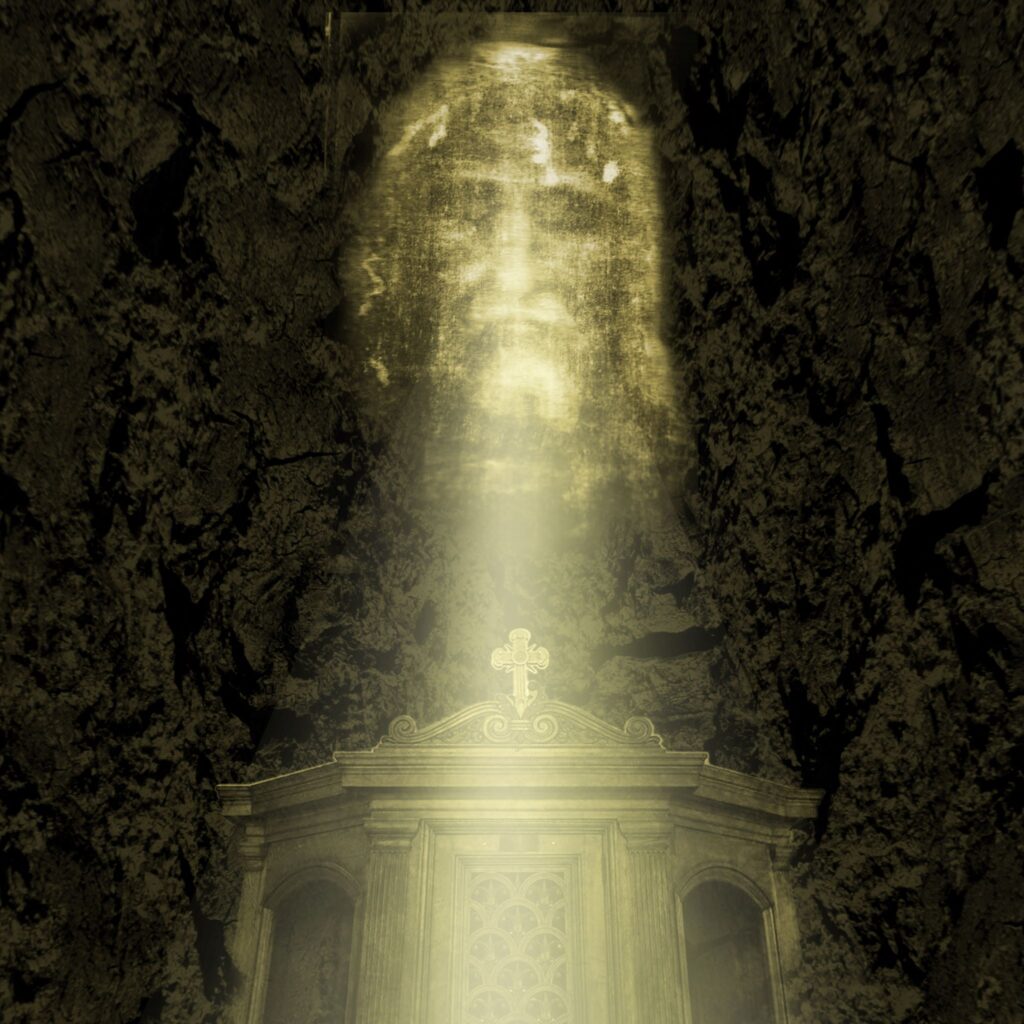 Shroud is a play written by Bernard Field and interpreted by the Irish Hawtheatre Company. Field sharply criticises the Catholic Church for its lack of reaction towards the presence of paedophiles in its institution. The subject tackled in this play resonates with recent events that are still prevalent in society today. It is a theme that has been covered by different art forms across different media.  One of the most well-known is Spotlight, directed by Thomas McCarthy who won an Oscar for best movie in 2016.

This time, Bernard Field has written a play focusing on the Church’s hierarchy through the character of a Bishop who tries to cover up offenders by moving them around the country in remote parishes. The stagecraft reproduces the cold atmosphere of the church through its minimalistic set. The play unfolds with a dimly lit prayer scene in front of the altar. In the confines of the Catholic Church, we discover how they protect and cover up the tracks of the abusers.  The play opens with the visit of the superior Bishop Victor to Father Martin who happens to be holding captive a boy beneath the altar. They discuss the situation of Father John, the previous parish priest who abused a boy who later killed himself. He wants to confess his crimes to the congregation and asks the believers of the parish for their forgiveness, but the Church is against it. The story repeats itself and the Bishop forgives both paedophiles and we end up wondering when will this vicious circle end? It’s time that society stands up against such unforgivable crimes and collectively takes a step towards a more safe and secure social environment.

Shroud will run until March 5th 2022 at the Playground Theatre, London. Last chances to get your tickets here: https://theplaygroundtheatre.london/events/shroud/.

Reviewed by Alix Berthelot–Moritz- Alix is a volunteer writer for Abundant Art. Originally from Normandy, France, she follows her passion for journalism and art by studying European Political and Social Sciences at UCL, London. As an international student living in London, she is determined to fully experience and discover the entirety of the city’s vibrant arts scene and share the beauty of it through her writing.