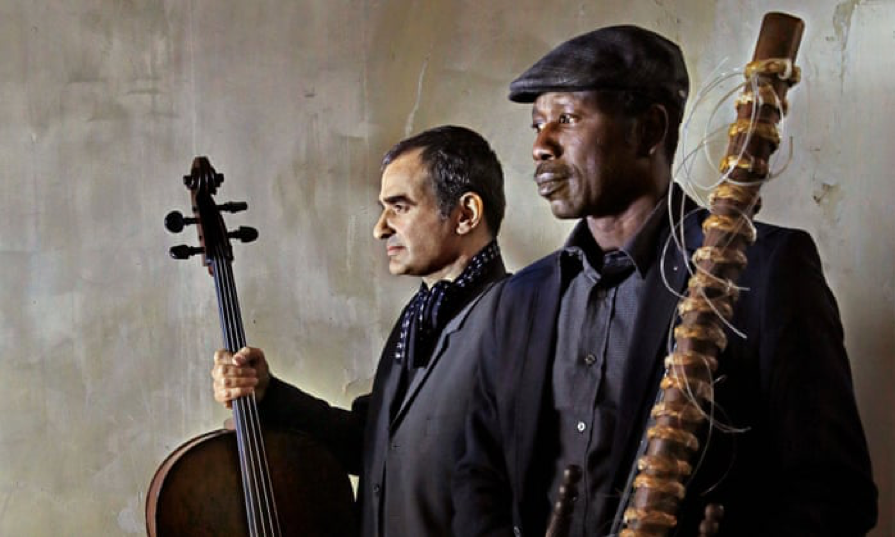 The Roundhouse’s ‘In the Round’ festival concluded on the 24th of January with the entrancing expertise of Malian Kora player, Ballaké Sissoko and French cellist Vincent Ségal. With an exceptional opening performance from South African cello player Abel Selaocoe, the soothing atmosphere was set for the performance ahead. Ségal and Sissoko’s set began with the soft strings of the kora, (also known as the West African harp), before the introduction of Ségal’s cello. The instruments then both came in together complementing each other. This opening song was ‘Chamber Music’, the title track from Ségal and Sissoko’s first collaboration album released in 2009.

The hybridity of West African and European culture is one of the elements that make the collaborations between Ségal and Sissoko all the more engrossing. The fusion of the kora and the cello, though unlikely, flows effortlessly due to the musical prowess and the chemistry of both artists. They were able to weave in and out of solos letting each other shine and allowing the audience to experience the rippling gentle strings of the Kora and the serpentine rhythms of the cello, before coming together elegantly and harmoniously.

Ségal and Sissoko attained complete absorption of the audience throughout their ninety-minute performance. With not much audience conversation in-between pieces, the set felt like a dedication to inviting the audience to immerse themselves completely in the music. For the encore of the performance, opening act Abel Selaocoe was invited back on stage providing delicate vocals and the soft strings of his cello, as the three joined forces. Graceful, sophisticated and soulful, the night of music with Ségal and Sissoko was something everybody should experience.

Check out their music here: https://www.roundhouse.org.uk/whats-on/2022/in-the-round-festival-2022/ballakesissoko-vincentsegal/