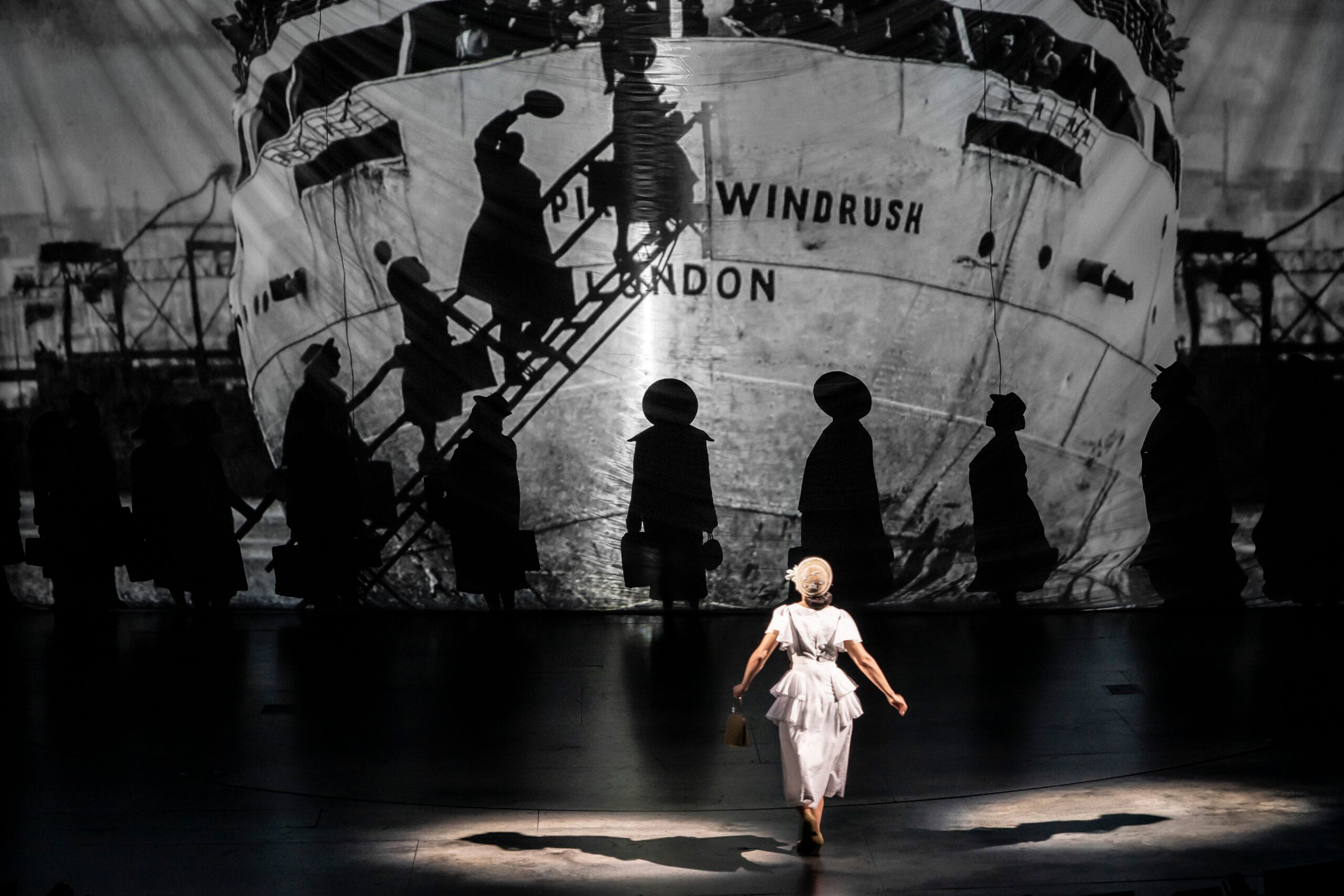 Affecting, funny, pertinant — after a sold out run in 2019, Small Island, the play adaptation of the late Andrea Levy’s novel, has returned to the National Theatre.

Small Island sees the lives of the three main characters entwined as they navigate love, war and discrimination. Queenie (Mirren Mack), the daughter of Lincolnshire pig farmers and Hortense (Leonie Elliott), a schoolteacher in Jamaica, both marry as a means of escape. Over the course of three hours, the multifaceted characters are introduced one by one, linked by a desire to improve their futures, but controlled by their circumstances.

At the break of the Second World War, the third protagonist, Gilbert (Leemore Marrett Jr) and Queenie’s husband, Bernard (Martin Hutson) enlist in the armed forces to support the United Kingdom. The sound design in this part is jarring; air raid sirens, bombs detonating, verbal abuse. We follow Gilbert as he experiences both racial discrimination and comradery.

Somehow, the second half of Small Island is even more intense. After serving in the war, Gilbert and his new wife, Hortense are sold a dream of endless possibilities in post-war Britain. However, upon arriving in the ‘mother country’, they are met with hostility. The protagonist’s paths cross in London where, due to governmental neglect and entrenched racism, Hortense and Gilbert are forced to rent a tiny bedsit in Queenie and Bernard’s house. After returning home from a period of absence, Bernard, the epitome of ignorance and misguided fear, is the most hostile of all. The exchanges between the characters here are shocking, they cause unease to radiate through the theatre. Throughout the performance, the entire cast delivers powerful and emotive performances, however, in the second half Leemore Marrett Jr shines through, captivating the audience with his every word.

Katrina Lindsay’s sets are also spectacular, fluidly transformed in seconds by subtle details. Jars of sweets on shelves ascend from the ceiling to place Queenie in her Aunt’s corner shop and wheeled-on, multi-story staircases bring us into her townhouse. At several points, a large white sail, projected with archival footage, is stretched across the width of the stage. As the actors board HMT Empire Windrush in Small Island, we see clips of real people doing the same in 1948 – reminding us that this is far from just a story.

Small Island is an incredibly accessible introduction to the horrendous acts by the UK government to the ‘Windrush generation’. This gut-wrenching reality is palpable in every scene. However, Small Island is also full of humanity, resilience, warmth and laughter. Ultimately, it speaks of the power of forging connections at the bleakest of times.

Small Island is running at the National Theatre until 30 April and tickets are available here.