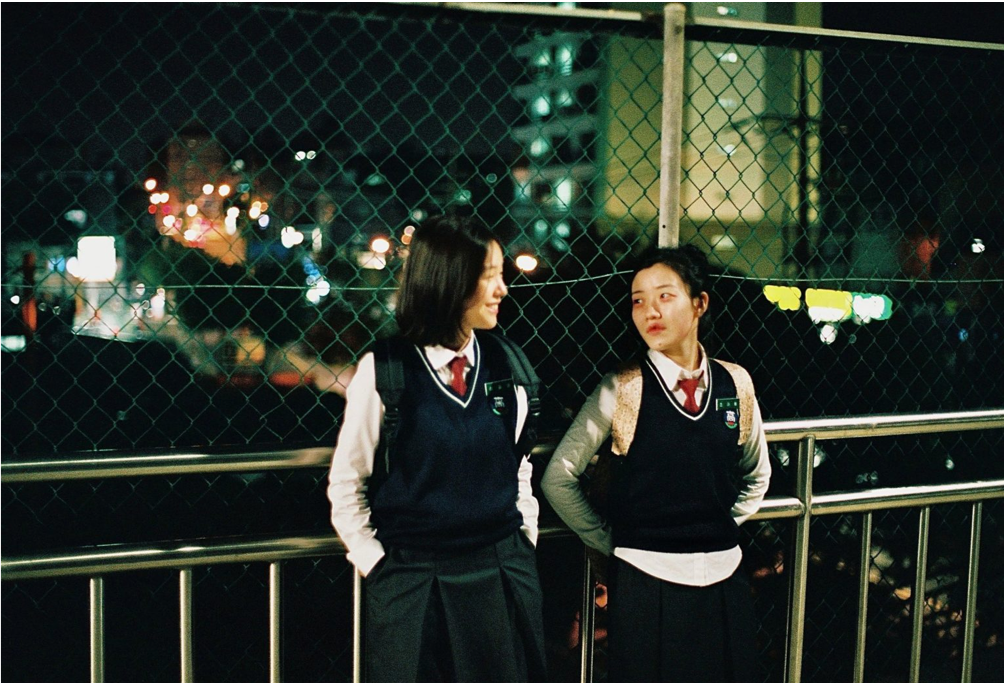 Snowball is a South-Korean teen-drama movie directed by Lee Woo-Jeon and adapted from the book “The Best Life” by Lim Sol-ah. It debuted in 2020 at the 25th Busan International Film Festival and has since been acclaimed in a succession of festivals, such as the Korean film festival at the ICA in London. The film offers a dark twist to the archetype of the typical feel-good coming of age movie, as it portrays the failed attempt of the rebellion of Korean youth against decadent authoritarian institutions.

The story follows three high-school friends, who each correspond to a different high-school girl archetype: So-Yeong (Han Sung-min) is the beauty of the school, coming from a rich household, adored by her teachers and set on becoming a model. Ah-ram (Shim Dal-gi) is the typical school weirdo who spends most of her time alone and loves collecting random objects from the street. Kang-i (Bang Min-ah) is the main character who is narrating the story and appears to be a normal high-school girl, who is desperately trying to be the glue of this seemingly fragile friendship. Tired of the strict social rules and their authoritarian and often patriarchal environment, they decide to run away from their homes to go to Seoul. However, their dream of freedom shatters in the harsh reality of life as the constant struggle for money and their unkind environment end up breaking their friendship. The girls decide to go back home, where their lives unravel in dramatic events of bullying, abuse and betrayal.

This very intimate film explores the harsh discovery of the reality of idealist girls who gradually realise that beyond the world they are trying to escape lies an even harsher reality. Whilst the first half of the movie still holds that bubbly dreamy atmosphere typical to teenagers, full of heartfelt moments and playful bonding, the second half sees the shattering of their family lives, friendships, morals and dreams. However, Lee Woo-Jeon’s subtle portrayal hints that the lives of the girls were far from perfect even before their escape. In addition to having problematic families, they are completely disillusioned from their school lives, which results in a feeling of estrangement that can be felt all throughout the movie. Furthermore, the movie doesn’t miss to point out the social injustices when it comes to the privileges of So-Young compared to her other friends, as her good looks, grades and wealth get her away from most situations without that many repercussions.

The camera is often shaky and handheld, and the images display a greyish colour palette, mirroring the internal turmoil and the blandness of the girls’ lives. The film is definitely carried by the performance of the three actresses, who skilfully portray the evolution of the girls as well as their relationship, and the chemistry between them is palpable through the screen. Bang Min-ah, primarily known for being a member of the K-pop group Girl’s Day, proves to be a versatile artist as her acting performance stands out quite remarkably.

This bitter representation of teenage years will definitely leave you pensive, as Kang-i worlds sum up that particular period of life by commenting that “We didn’t know back then that we were doing the best we could.” Get your tickets for ICA’s screenings at https://www.ica.art/films.