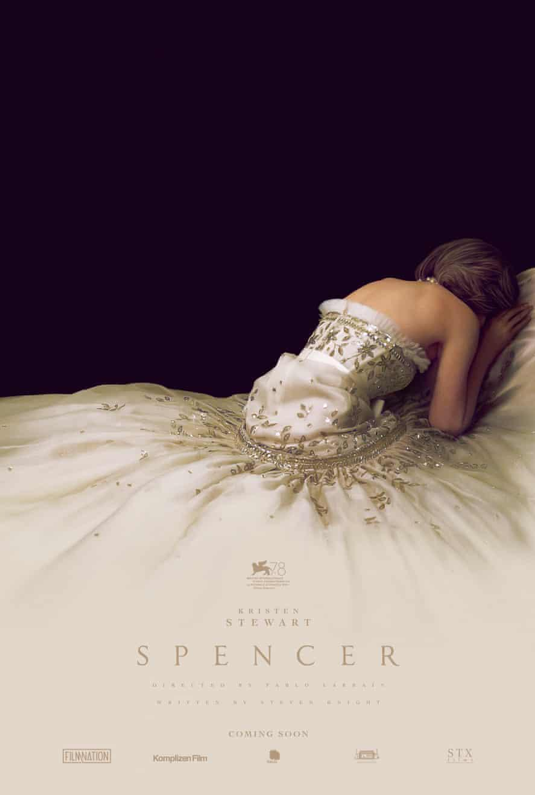 Director  Pablo Larrain’s ‘Spencer’ is not merely a biographical tale on the life of the people’s princess, it is a surrealist psychological thriller. We experience the life of a woman who can no longer bear the suffocation of having eager, piercing eyes scrutinize your every move. Larrain has clearly tried to establish an authentic royal family biopic rather than focusing on the drama surrounding the monarchy. He has successfully managed to create a film that focuses on the torment and troubles that being held to such high expectations had on an individual in this position.

Diana has been known as someone who did not act like a typical royal and she is portrayed like this in the film – she doesn’t wait for royal guards,  drives herself around, swears, purposely goes against the dress code and just wants to “eat fast food and watch Les Mis.” She is real. The film takes place in Sandringham in 1991 during the Christmas period. With the combination of Diana’s marriage crumbling and the Christmas period being marked by intense protocol and tradition, Diana finds herself frustrated at the heightened scrutiny of a world that seems to be against her, causing her eating disorder to worsen and we see her become on the edge of a mental breakdown.

Atmosphere and expression are integral parts of creating the image of augmenting isolation and agony felt by Diana and rather than a heavy script, we are presented with an abundance of anxious glances, wandering eyes and fearful looks. One scene where the family sits at the dinner table is particularly full of these apprehensive glances, paired with the powerful silence that fills the room. The sense of claustrophobia and distress felt by Diana is shifted onto the viewer and it is impossible not to feel uncomfortably tense and anxious for her. Following this, Diana slips into a hallucination, as she frantically fiddles with the pearls around her neck – the pearls which Charles has also given to his mistress – she sees the ghost of Anne Boleyn sitting across from her. The film parallels the lives of Princess Diana and Anne Boleyn, both monarchs tormented by their position in failing marriages, as well as the fear Diana has for the fate of her future reaching a similar melodramatic end to that of Anne Boleyn.

“There’s no hope for me, not with them” says Diana solemnly as she looks at herself in the mirror. For Diana, it was not a matter of, eventually growing accustomed to the royal lifestyle, she is too detached and too hyper-aware of how much she has to transform herself into the impossible image of the perfect princess to ever become one of them. She does not want to try and fit in, instead she yearns for a return to the past where things were different. When the present and future seem so full of sorrow, it is difficult to not be consumed by the blissful nostalgias of the past. In a scene where Diana escapes to her childhood home that has been boarded up and abandoned, a montage ensues of her dancing – this is one of the few times in the film where freedom and individuality are exuded rather than claustrophobia and conformity.

Kristen Stewart does a great job at presenting a sensitive, on edge Diana. She is especially good at playing her expressions and body language. Pablo Larrain has created a beautiful yet miserable tale of a weekend in the life of a tortured and repressed princess.

Spencer is available to watch in cinemas from November 5th. Book tickets to watch it at the ICA here: https://www.ica.art/films/spencer