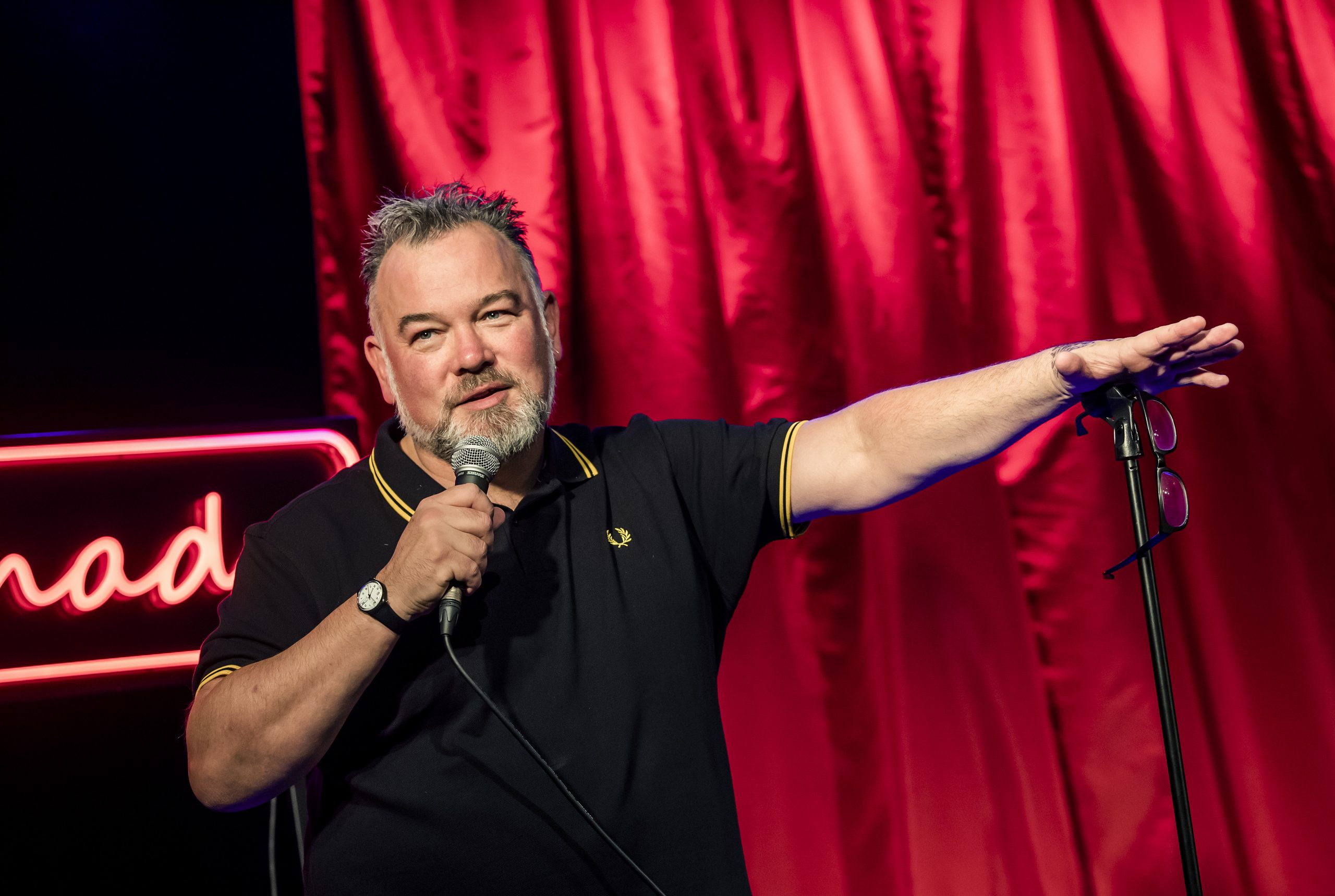 The show is a double bill of two, new, sixty-minute sets – weirdly, delivered in the opposite order to the title. Tornado is centered around Netflix incorrectly attributing the synopsis of Sharknado to Lee’s series Comedy Vehicle. The first half is funny and well paced, it sees bits on mainstream comedians who haven’t had their comedy special synopses tampered with – Ricky Gervais and Jimmy Carr both, fairly, fall victim. Lee also talks at length about rotisserie chickens and ends the set with a ropey impression of Alan Bennett reading allowed from a Bennett-fied Sharknado – brilliant.

The second half is equally as layered, sharp and silly. Snowflake focuses on the absurdity of wokeness and despite its ubiquity, the fact is, it still has little effect on the content we’re shown. In this part we return to the Netflix synopsis of Ricky Gervais’ latest comedy output, which states ‘Gervais says the unsayable’. For several minutes, Lee performs an almost-silent, drawn out impression of Gervais attempting to say words, getting increasingly more ridiculous and causing the audience to cry with laughter. Lee defends wokeness with a heavy dose of ridicule and plenty of self-awareness, ruminating that ultimately it has made no difference as the two best-selling comedians (Gervais and Carr) are still paid to make unnecessarily controversial shows. On a lighter note, we also hear about Lee’s nan’s confusion between ‘political correctness’ and ‘health and safety’ and her frustration at not being allowed to eat soup wherever she wants.

In Snowflake/Tornado, like all of Lee’s shows, jokes wind together and segway seamlessly with earlier references often slipping back into the monologue just as you forget about them. Snowflake/Tornado sees heaps of new material whilst still featuring Lee’s calling cards; repetition, in-jokes and plenty of audience berating. On multiple occasions, Lee stops the audience to critique their reactions and explain why the joke we missed was funny. However, in a change to normal proceedings, the show ends with a tender moment, as Lee very genuinely thanks the audience for attending the show. A heartwarming moment acknowledging the lack of stand-up shows over the last two years and all that came with it.

A recording of Snowflake/Tornado will be coming to the BBC later this year, details to be confirmed. Throughout August, Stewart Lee will be performing at the Edinburgh Fringe Festival, with his next tour beginning in September. Further details are available here.