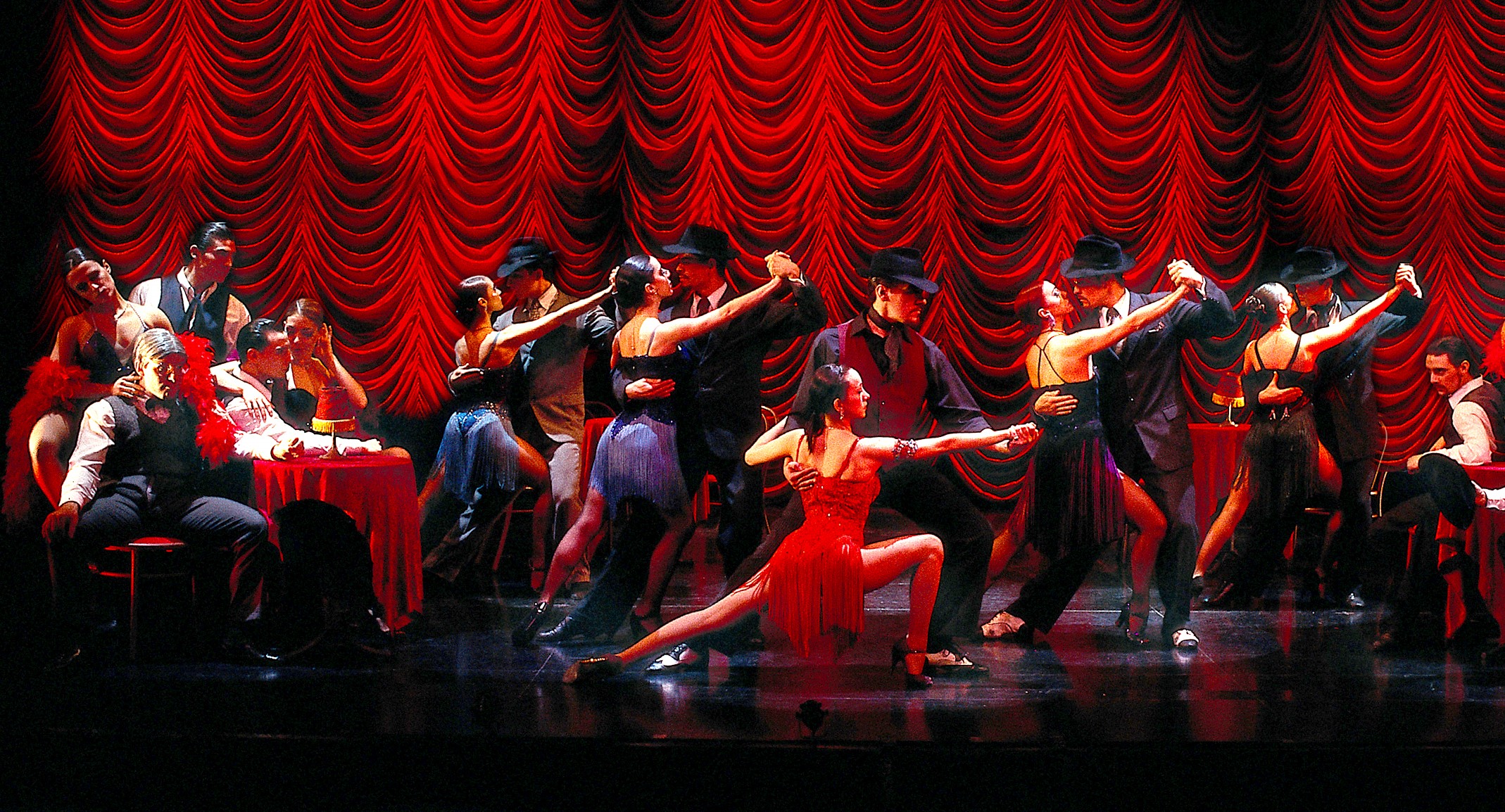 Tanguera, a musical based on the Tango, playing in Sadler Wells from 19th July to 6th August, unfolds its magic on the audience so organically that the viewer does not anticipate being completely swept away until it is too late. The show depicts the life of young Giselle, played by Melody Celatti, caught in a love triangle between the wealthy villain Gaudencio (Dabel Zanabria), and the local laborer Lorenzo (Esteban Domenichini), as she tries to make a new life for herself as an immigrant in La Boca, the port area of Buenos Aires.

The show boasts an old world charm, with the nuanced sets, precise light direction, and elaborate costume contributing wholly to the vintage texture of each scene. Scenes like the mirrored green room and the lovers dancing on the street while others make love through dimly lit windows in flats showcases the exquisite elegance that happens when the direction of Omar Pacheco and the choreography of Mora Godoy combine to interpret the dark passion that is the backbone of the Tango. As each scene unravels Giselle’s plight settling in the docks of La Boca, from being forced into prostitution and working a night club, to her quest of finding true love with Lorenzo, the audience is transported to a cinematic world of mobs, cabaret, and unadulterated sweet lust.

The dancers are brilliant, with Celatti and Domenichini’s fluid partner work a beautiful contrast to the sharper, bolder movement of Zanabria and Carla Chimento, who plays the Madam of the brothel perfectly. The connection of the dancers to each other is evident in the larger group scenes like the mob fights and the nights at the cabaret.

It would be unfair to talk about the show without mentioning the music, which serves as the spine of the narrative, taking the tone from playful to tense to mysterious with one stroke of an instrument. Gerardo Gardelin and Lisandro Adrover are to thank for that, and singer Marianella’s soulful voice adds the right kind of pain to a story based on the underbelly of La Boca.

The only hurdle I came across as a non-Spanish speaking audience member was not understanding the lyrics of the song or knowing the nuances of the plot.

Still, Tanguera more than makes up for this with its imaginative storytelling and ethereal implementation. A show that is both enchanting and urban, evolved and primordial, Tanguera proves to be timeless and something that is definitely worth a watch.

Reviewed by Sonia Mukherjee.  Sonia is a dancer and writer currently based in London.