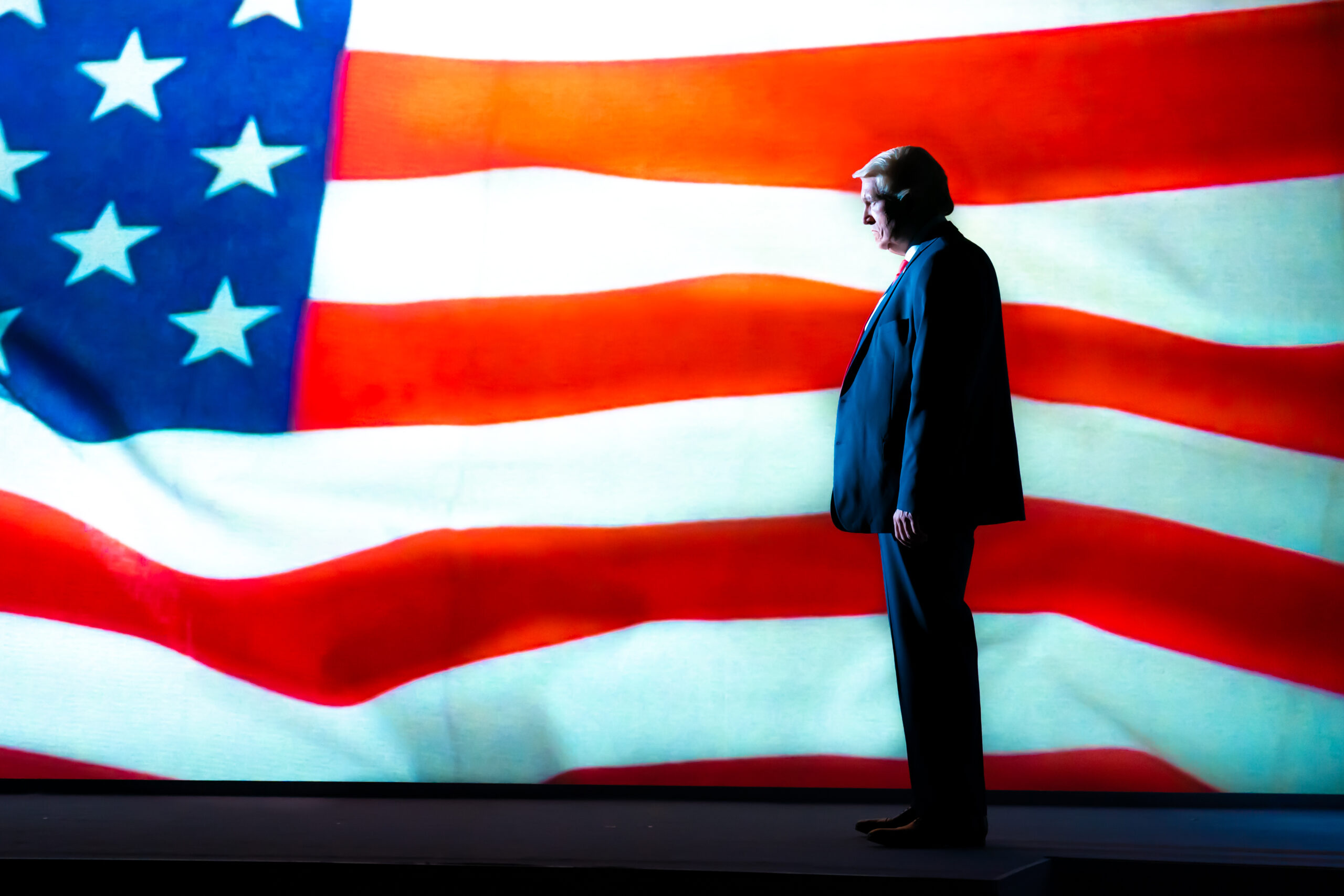 The definition of too close for comfort – ‘The 47th’ sees Bertie Carvel play a spookily accurate Donald Trump in the world premiere of Mike Bartlett’s production.

Set in 2024, ‘The 47th’ follows the presidential race as Trump attempts to take the White House once again, this time with his daughter in tow. Lydia Wilson plays a steely, collected Ivanka. Together, Carvel and Wilson make the audience wince with every forced kiss and arms-length hug – perfectly portraying the dysfunctional father-daughter relationship.

In parts, the actors speak in iambic pentameter, reflecting the Shakespearean narratives running throughout; feuding siblings, political coups, conspiratorial plots. Carvel performs this particularly well, somehow managing to speak intelligently while retaining the audience’s belief he is Trump. Although drifting in and out of this way of speaking felt a little clumsy, it was successful in prompting the audience to consider the parallels between ‘the Shakespearean’ and current US politics.

Miriam Buether’s set was a particular highlight. The space was used innovatively and seamlessly: scenes of outdoor rallies turned into board room meetings with simple movements. Neil Austin’s lighting and Tony Gayle’s sound were also effective in smoothly changing scenes – at one point even making the audience jump from their seats with the sudden use of a confetti cannon.

Ultimately, ‘The 47th’ feels a little too soon. It was difficult to understand the production’s message – instead of exploring the issues raised in any sort of critical way, it seemed to merely play them off as jokes. This felt uncomfortable… a bit too close to reality, maybe. However, the production raises interesting and important questions around morality, democracy and leadership. As the story develops, we see a resurgence in gun crime, more Capitol Building riots and other horrendous shows of violence. Raising the question – who draws the line, and where?

‘The 47th’ runs at The Old Vic until 28th May 2022, in association with Sonia Friedman Productions and Annapurna Theatre. It has been supported by American Associates of The Old Vic. Tickets are available here.

Bertie Carvel (Donald Trump) in the 47th at The Old Vic, photo by Marc Brenner.