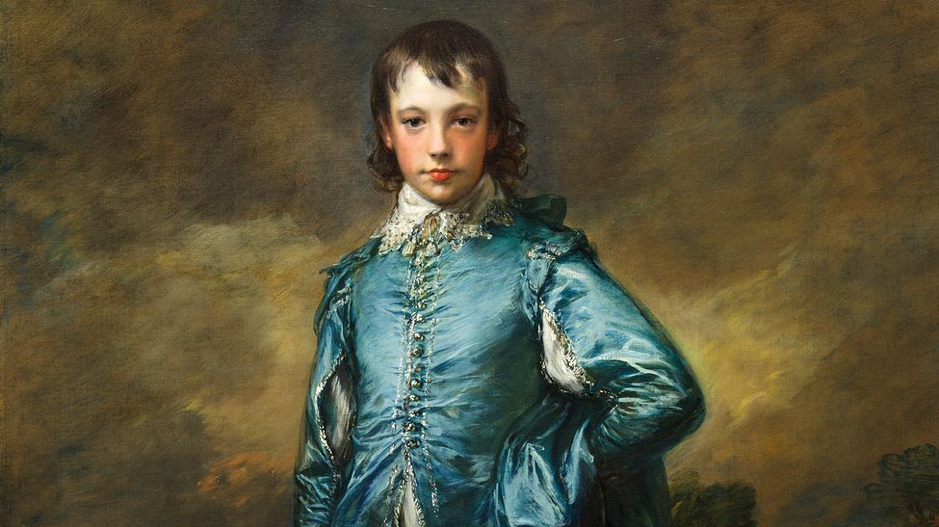 There has been a palpable air of excitement at the National Gallery these last few days. The cause: the long-hoped return of the most iconic and elegant English boy in the history of art, who after a hundred years in America has temporarily returned to his native land. “The Blue Boy” is the most celebrated painting of 18th-century painter Thomas Gainsborough and is today considered an integral part of pop culture. His soft eyes, decisive stance and blazing costume incarnate a candid ideal of boyhood that perfectly conveys the spirit of its Century.

However, despite being a representative of the Rococo artistic period to which it belonged, “The Blue Boy” is not a boy of his time. His costume, position and hairstyle are a direct reference to the 17th Century portraits of the painter Arthur Van Dyck. The Flemish artist was a great source of inspiration for Gainsborough, who often drew inspiration from European masters such as Titian, Claudel and Rubens. In fact, the exhibit accompanies “The Blue Boy” with two portraits from Van Dyck, “Lord John Stuart and his brother” and “George Villiers and Lord Francis Villiers”. Everything from the stance of the subjects, the fabrics and the brushstroke shows the influence that Gainsborough drew from the master’s work.

One should not however linger too much on comparing the two artists, as despite being a work of imitation “The Blue Boy” holds a distinct and incomparable character. The painting has countless remarkable elements in which you could get lost for hours, from the soft expression and gesture of the boy to the incredible work of layering brushstrokes that gives an illusion of glazing satin fabric. The contrast with the dark and tormented landscape behind the subject brings out the elegance and brightness of the boy and showcases Gainsborough’s well-known passion for landscape painting.

The most enigmatic and famous aspect of the painting is undoubtedly its historical background: painted in 1770 by Gainsborough, there is currently no clue regarding the identity of the boy despite multiple speculations. It was acquired in 1921 by the Californian Henry Huntington and exposed at the National Gallery for three weeks before its departure. This loss of a national treasure in a time when the United States was taking over the title of first world power had been received with great sorrow by the public. 90,000 people attended the display, and the gallery director Charles Holmes scratched an “Au Revoir” on the back of the painting as if he knew that it would find its way home a century later.

Today, the young boy has become transcended in time and is a well-established part of pop culture: his gender-defying grace and flamboyance have made him a queer icon, and it has been referenced in countless Hollywoodian movies such as Tim Burton’s “Batman” and Tarantino’s “Django Unchained”. The painting is part of the larger collection of the National Gallery, whose gorgeous displays can be admired for free. Get your ticket at https://www.nationalgallery.org.uk/visiting/plan-your-visit/gallery-entry.