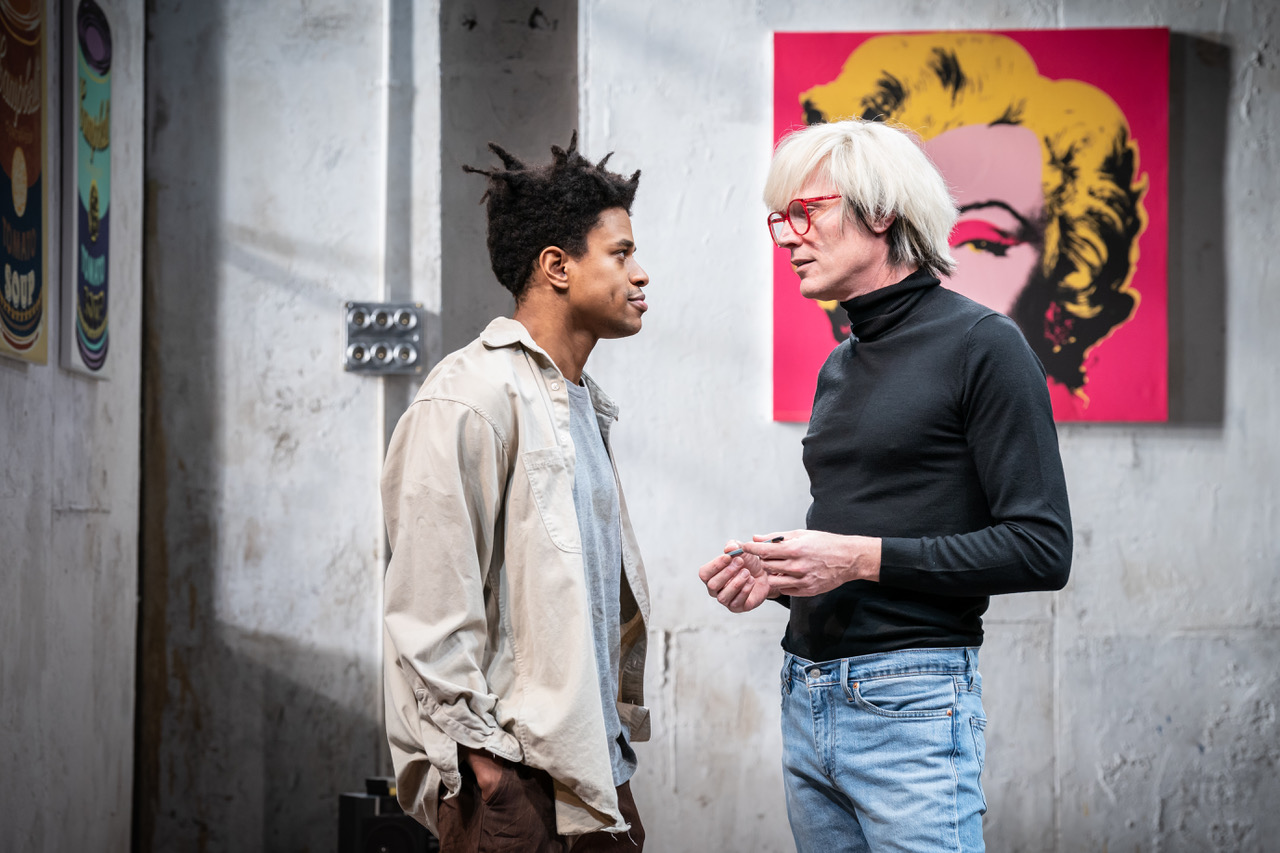 The Collaboration – The Young Vic Review

Seeing The Collaboration starts from halfway down the street. The heavy bass from the live DJ in the theatre reverberates through the dark entrance and to the queue outside. This high energy atmosphere continues inside, as the audience chat loudly and dance in the aisles. However, when the show begins there is a disconnect – for the most part, The Collaboration isn’t a party but an intimate conversation between two people.

Set in New York in 1984, The Collaboration begins as Andy Warhol’s popularity is declining and Jean-Michel Basquiat is up-and-coming. After both reluctantly agreeing to collaborate on a new exhibition, we follow their relationship as it matures – or at least how McCarten imagines it did.

With an entire cast of four people, we spend much of the time with just the two protagonists – luckily, both deliver fantastic performances. Paul Bettany’s Warhol is self-loathing and insecure, often enticing Basquiat into lengthy dialogues about his theories on the commodification of art. But he’s also funny, frequently delivering dry one-liners that send ripples of laughter through the audience. In The Collaboration Warhol hates paint – is scared of it. Whereas, for Jeremy Pope’s Basquiat, painting comes easy. At first, Basquiat is detached, having been forced into working with Warhol by their mutual gallerist, but it doesn’t take long for his vulnerability, warmth and passion to become evident.

The first half of The Collaboration sees the pair meet in Warhol’s studio. We witness their initial interactions – both guarded, a little closed off. Warhol seems to talk non-stop but gives little away, often picking up his video camera to further hide behind. Every time he does, we are focused in with clever lighting, as if looking through the lens ourselves. There is tension as Basquiat gets increasingly frustrated as the subject of Warhol’s film. This part is a slow burn, perhaps maybe losing steam a little towards the interval.

However, in the second half, there is a definite shift – three years have passed and the pair are still working together, this time in Basquiat’s loft apartment. Upon entering the stage, Basquiat runs to Warhol, greeting him with a long embrace. Here, Bettany and Pope do a remarkable job of entirely shifting their body language to portray close friends.

The Collaboration explores a lot; relationships, racial discrimination, police brutality, the art market, sexuality… but much like Warhol’s approach to art (according to The Collaboration, anyway), just on the surface. That said, The Collaboration is a thoroughly enjoyable, often hilarious production.

The Collaboration runs at the Young Vic Theatre until 2 April 2022 and tickets are available here.