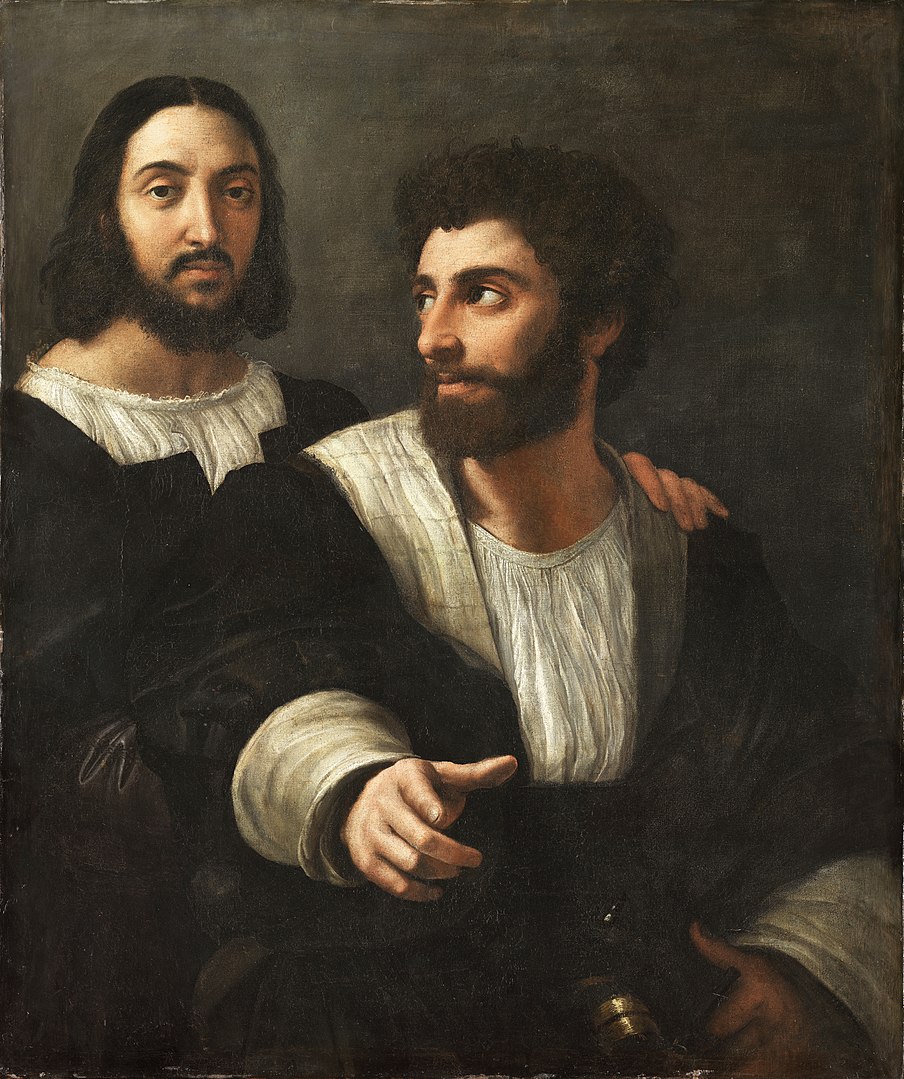 On April 6 1520 Raffaello Santi (1483-1520) died in Rome; one of the most famous Renaissance artists who indelibly marked the development of the artistic language of his time and shaped the course of Art History for centuries to come. To commemorate the 500th anniversary of Raphael’s death in 2020 and delayed because of Covid restrictions, The National Gallery presents one of the first-ever exhibitions outside of Italy to celebrate the career of the ‘pittore divino’ from Urbino.

In his brief career, spanning only two decades, Raphael became the interpreter of the Renaissance ideal of a culture’s vision of itself, capturing the human and the divine, love, friendship, power, and erudition, and set forth the quintessential images of beauty and harmony in Western culture and civilisation. The exhibition reveals every aspect of his work as a painter and draughtsman. It highlights his widely unacknowledged polymath activity in architecture, poetry, and archaeology, as surveyor of Ancient Rome, as well as his designs for sculptures, tapestry, prints and the applied arts. A legit genius whose work was prolific even during his lifespan, spreading far beyond central Italy, as his talent blossomed out of an intimate and profound love for art. Broadly chronological the exhibition moves from the following premise: to present Raphael’s thriving and multi-faceted artistic enterprise as the result of a complex process of formation whereby the construction of a community and the achievement of civilization is a collective endeavour.

The journey to understand the vastness of the legacy left by Raphael’s prolific work begins with a section devoted to the artist’s early works made in the region of Marche, and the nearby Umbrian cities of Città di Castello and Perugia, in central Italy.  Still a boy, a self-portrait of the artist at the age of 16, already shows Raphael’s considerable skills as a draughtsman; whilst the drawings for an altarpiece of Saint Nicholas of Tolentino exemplify his continuous practice of studying from live models. His precocious ability to combine detailed observation and creativity ensured he soon rose above the level of a ‘local’ artist.

From 1504/5 to 1508 Raphael oriented increasingly toward Florence, the liveliest centre of the elaboration of the new artistic and financial culture of Europe, around which the figures of Leonardo and Michelangelo revolved. His works for private clients include portraiture, altarpieces and numerous depictions of the Virgin and Child.  They demonstrate his ability to absorb the artistic experiences of his time, showing great interest for the animation of the characters painted by Leonardo da Vinci, the dynamic expressiveness of Michelangelo’s figures in motion, and the emotional intimacy captured in the works by the 15th-century sculptor Donatello.

The exhibition far from wanting to reiterate the consolidated agon in the study of art history which sees the dramatic confrontation between past, present and future artists aimed at decreeing the Greatest among the greats. In the dialogue between Raphael’s masterpieces and that of his contemporaries and predecessors there is the echo of a relationship that took place under the banner of originality.  The awareness that the artist’s promotion to the condition of Genius is realised through the development of a conception of art, in which the inventive moment prevails over the operational and practical one.

Arrived in Rome in 1508, Raphael completed his most masterful work, and led the ambitious project of decorating Pope Julius II’s private apartments (Stanze) in the Vatican, now known as ‘le Stanze di Raffaello’. His work over four rooms included monumental, multi‐figure compositions depicting biblical subjects, scenes from the history of the Church, allegories of concepts such as Poetry and the great gathering of philosophers known as the School of Athens (1509–10). The fresco has been recreated in this show as a wall-filling facsimile. Raphael’s monumental work for Pope Julius II exemplify his deep admiration for Man, and the prominence he placed on human connection. Raphael- serene, sociable, enthusiastic about life offers us a pictorial world where harmony, order, and beauty reign.  But this world is not the work of God, but that of men. The humanity depicted by Raphael, suspended between dynamism and softness of the figures, is resolved in the complexity of interaction between his figures. Raphael’s visual approach to human experience is compelling in his extraordinary portrait of an elderly Pope Julius II which transformed the way the powerful were depicted in Western art, celebrating the transience of human life.

Raphael was described as the ‘universal artist’ by the artist and biographer Giorgio Vasari (1511– 1574) in recognition of his dexterity in so many different arts. His interest in other media out-bloomed in Rome. Thanks to the patronage of the Sienese banker, Agostino Chigi, reputedly the richest man in Italy and the principal financial backer to Pope Julius II. The relationship with Chigi is presented in the exhibition as one of the most profitable in Raphael’s career, for he quickly became Raphael’s most important lay client.

The final room exemplifies Raphael’s total devotion to art, through which he could also convey his feelings, desires, hopes, and affection, supremely realised in his ‘Self Portrait With Giulio Romano’ (1519-20). Raphael painted this portrait of himself and his principal assistant as a gesture of their close friendship as evident from the way Raphael’s right forearm seems to merge with Giulio’s right hand, indicating trust and closeness between the two. This is one of the most frank and intimate works and is emblematic of the human connections Raphael not only forged personally, but which his art more broadly sought to galvanize.

More than 500 years after the death of the man who with his art challenged God. ‘Raphael’ at the National Gallery reminds us that the legacy of ‘the divine painter’ is immortal. This great show is a once in a life-time opportunity to once again, fall in love with the creative power of man.

For more information and to book online visit https://www.nationalgallery.org.uk/exhibitions/the-credit-suisse-exhibition-raphael